Ross Perot, the most successful third-party candidate in modern history, dies at 89 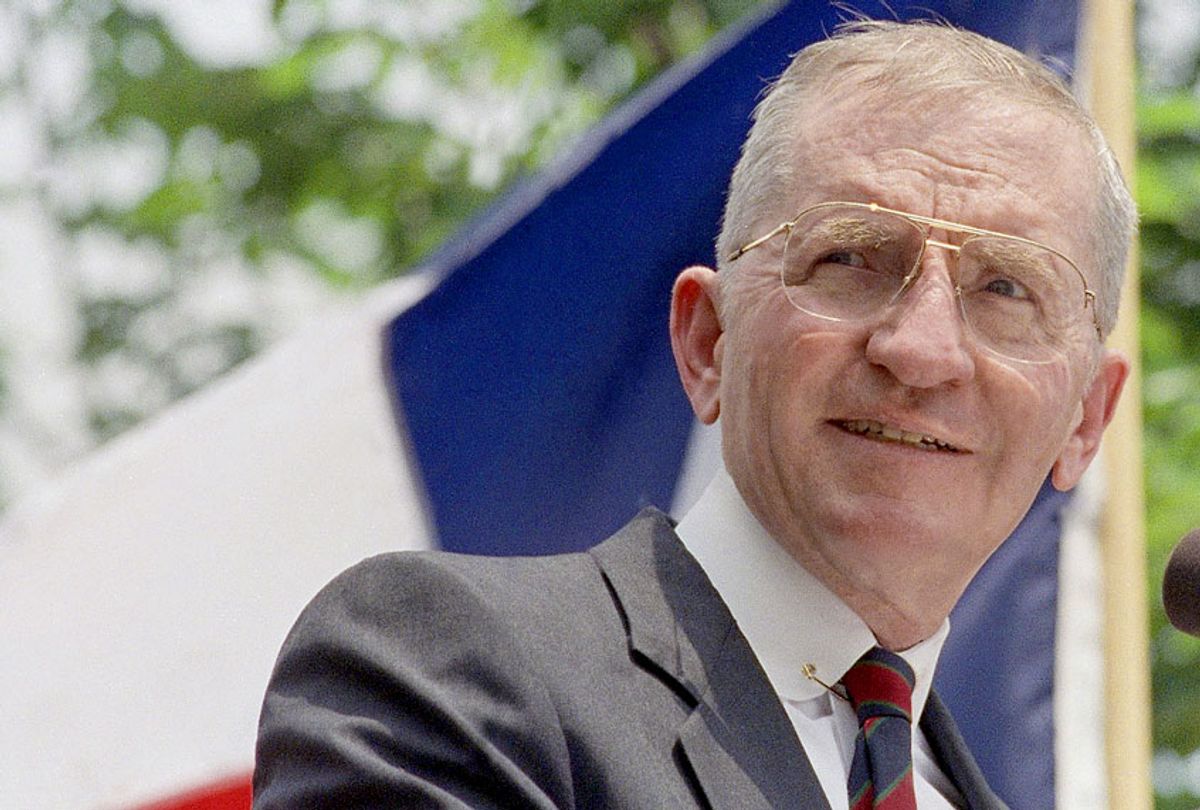 Ross Perot, the famously idiosyncratic Texas billionaire who made history with the most successful third-party presidential campaign ever launched by someone who was not a former president, died Tuesday at the age of 89 after a battle with leukemia.

Perot became a billionaire by founding a pioneering company in the computer data industry called Electronic Data Systems in 1962. He later became a cultural icon when he financed a private commando rescue for two of his employees after they were jailed in Iran in 1979.

Yet the diminutive east Texan, who also founded Perot Systems in 1988, was best known for his two quixotic presidential campaigns in the 1990s, with the first one earning him 19 percent of the popular vote — a higher share than all but two other third-party candidates, each of whom were former presidents: Millard Fillmore in 1856 and Theodore Roosevelt in 1912.

In 1992, Perot distinguished himself by advocating for a balanced budget and an end to the outsourcing of American jobs. Characterizing himself as an antidote to hyper-partisanship, Perot walked the line on social issues; he refused to support overturning the gay service ban in the military or consider appointing a member of the LGBTQ community to his Cabinet. At the same time, he supported abortion rights — with the caveat that he believed minors should need parental consent — and condemned the treatment of Anita Hill during the Clarence Thomas hearings as "reprehensible." He also advocated for increasing the war on drugs and believed electronic town halls could create a more democratic society.

In the wake of widespread dissatisfaction with the incumbent Republican President George H. W. Bush and his Democratic rival, then-Arkansas Gov. Bill Clinton, Perot briefly become the frontrunner in June of 1992, when he earned the support of 37 percent of national voters compared to 24 percent each for his opponents. Perot's credibility took a major hit after he temporarily dropped out of the race in July, and he never regained his previous levels of support despite eventually reentering the race. Perot did not fare nearly as well in the 1996 election, when he only received 8 percent of the popular vote — less than half his total from 1992, although still a larger figure than any other third-party candidate earned in the subsequent 20 years.

Perot kept a low-profile after his two defeats, although he never stopped advocating for a balanced budget. In a 2012 interview with USA Today, Perot said, "We're on the edge of the cliff, and we have got to start fixing it now. Otherwise, we're leaving a disaster to our children's and our grandchildren's future. Nobody that's running really talks about it — about what we have to do and why we have to do it. They would prefer not to have it discussed."

He also said he felt his 1992 presidential campaign had failed not only because he had not been elected but also because it had not exerted pressure on Democrats and Republicans to focus on balancing the budget.

"I didn't get done what I hoped I'd get done" Perot told USA Today. He later added, "The last thing I ever want to see is our country taken over, because we're so financially weak we can't do anything."