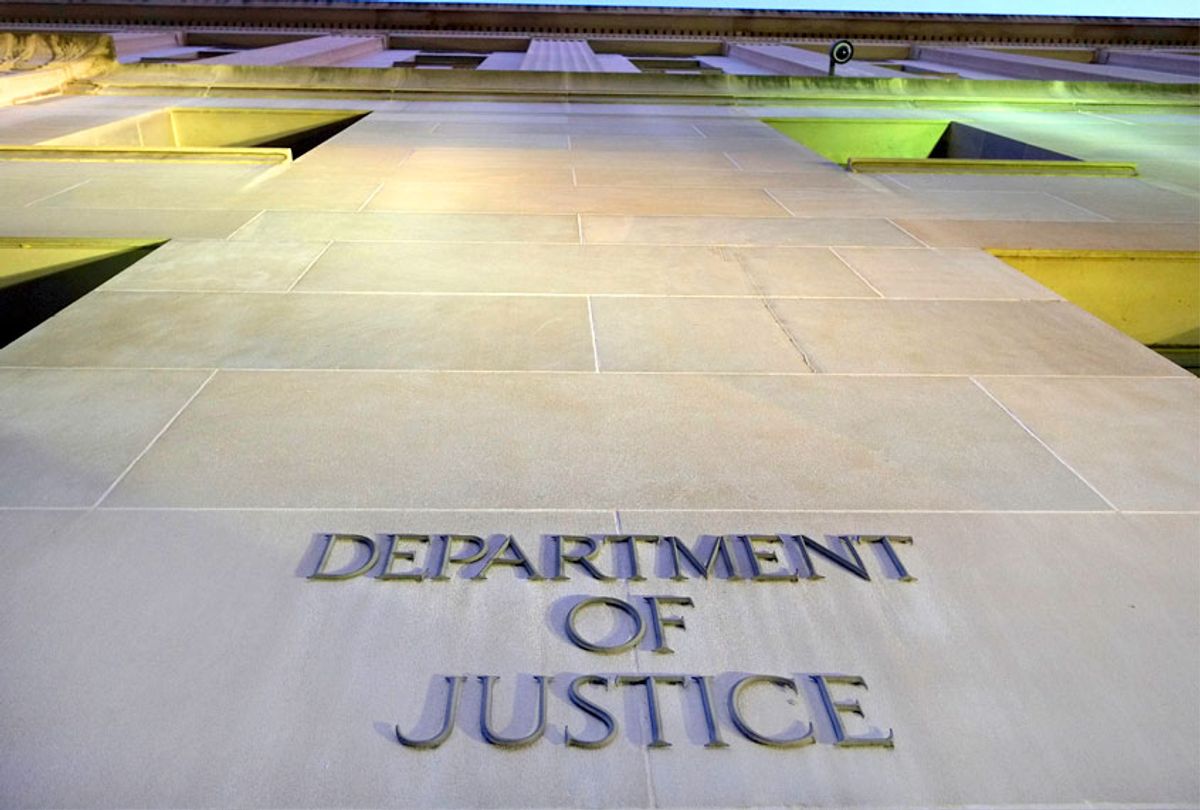 A federal judge in New York late Tuesday blocked the Justice Department from assigning a new team of lawyers to defend President Donald Trump's ongoing efforts to include a citizenship question to the U.S. Census in 2020.

Eleven lawyers from the Justice Department asked U.S. District Court Judge Jesse Furman for the Southern District of New York on Monday for permission to withdraw from the case. Attorney General William Barr told the New York Times on Monday that given the department's surprise staffing switch and decision to find a legal path to adding the question, "I can understand if they're not interested in participating in this phase."

He also noted that government lawyers must submit written arguments in the case in just three days, and that the department had previously called for expediting the case in order to resolve the dispute and get the census printed.

"If anything, that urgency — and the need for efficient judicial proceedings — has only grown since that time," Furman wrote.

He said the department could resubmit its request if it provided "satisfactory reasons" for the legal team's withdrawal and promises that the lawyers who worked the case previously would make themselves available if needed at any future hearings.

Furman did allow two attorneys who had previously left the Justice Department or its Civil Division to be pulled from the case.

The American Civil Liberties Union, which has been fighting to block the question from appearing on the census forms, praised the judge's order.

"The Justice Department owes the public and the courts an explanation for its unprecedented substitution of the entire legal team that has been working on this case. The Trump administration is acting like it has something to hide, and we won't rest until we know the truth," Dale Ho, director of the group's Voting Rights Project, said in a statement.

Furman's decision came after the Justice Department announced late Sunday that it was assigning a new team of lawyers to defend the president's ongoing efforts to include the citizenship question to the census.

A statement announcing the abrupt switch did not provide an explanation for the decision, but the move has prompted speculation that Justice Department lawyers assigned to the case refused to come up with a new rationale for getting the question on the census after repeatedly citing voting rights efforts in court. It also hinted at the possibility that administration officials feared the lawyers would no longer be viewed as credible by judges presiding over the case.

News of the switch followed Trump's surprise announcement that his administration would continue to pursue avenues to add the question, after the Justice Department initially said otherwise. The Supreme Court blocked the question from appearing on the census in a 5-4 ruling last month.

Chief Justice John Roberts joined with his liberal peers in delivering the high court's opinion. He said the government has the right to ask a citizenship question, but it needs to provide an appropriate explanation for adding such a question. The Supreme Court said the administration could offer another plausible rationale for adding the question.

Three federal judges ruled earlier this year against the question, arguing that Commerce Secretary Wilbur Ross official explanation for the move — that it was needed in order to enforce the Justice Department's voting rights enforcement efforts — appeared to be inaccurate.

Critics of including the citizenship question argued it was designed as part of a Republican ploy to scare immigrants from participating in the survey and to engineer a population undercount in Democratic-leaning communities with large immigrant populations.

Trump, who has argued that the citizenship question is needed to accurately count the population, has pledged to delay the decennial population survey manded by the U.S. Constitution to respond to the Supreme Court's ruling.

Barr said that he believes the White House can legally add the question to the census. He did not provide details about how the administration plans to add it, but Trump said last week that he is considering issuing an executive order directing the Commerce Department to include the question on census forms in the coming days.

In response to the federal judge's decision Tuesday night, Trump tweeted: "So now the Obama appointed judge on the Census case (Are you a Citizen of the United States?) won't let the Justice Department use the lawyers that it wants to use. Could this be a first?"