One percent of San Franciscans are now homeless 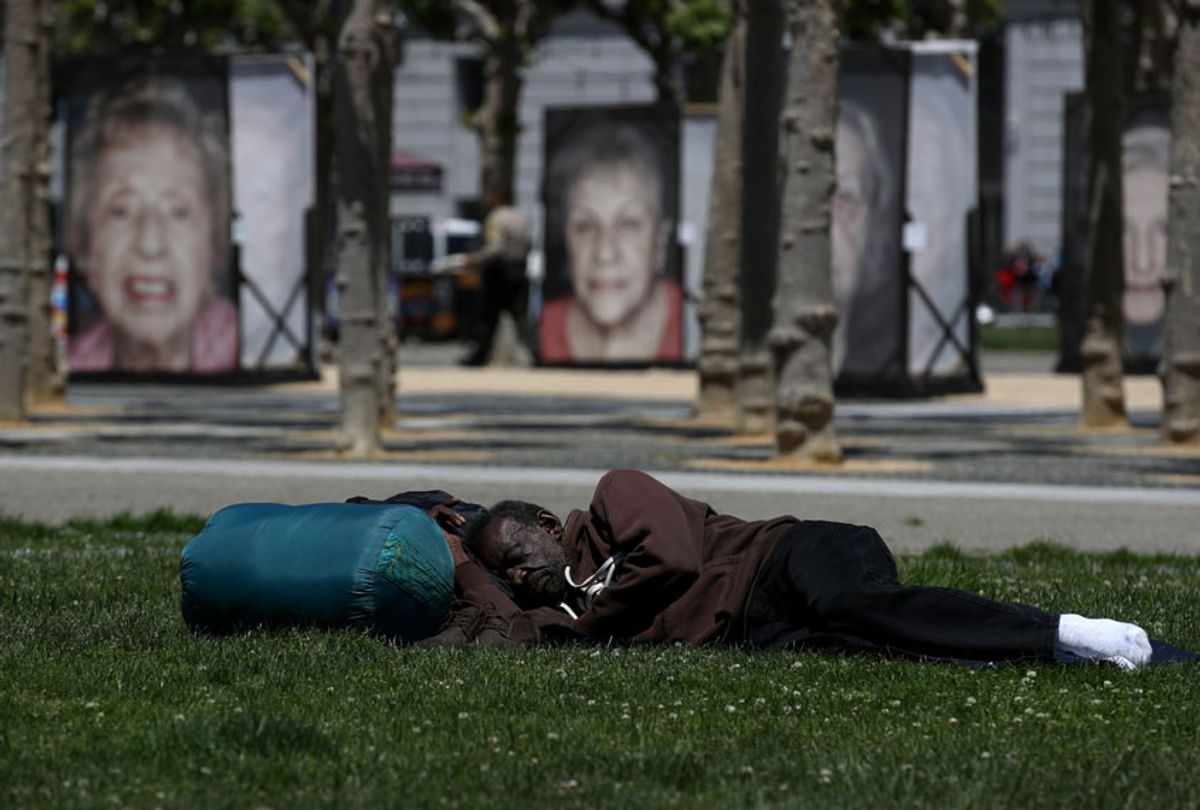 A homeless man sleeps on the grass at Civic Center Plaza on May 17, 2019 in San Francisco, California. (Getty/Justin Sullivan)
--

Silicon Valley is often cited by its boosters as a great creator of wealth and prosperity; 74 billionaires call the Bay Area home. Yet that wealth surely isn't trickling down, and in fact, some forms of poverty seem to be getting worse.

The report, titled "2019 San Francisco Homeless Count & Survey," was achieved with what is called a "homeless point-in-time count," which was conducted in the city in January. That census happens in various California cities every two years. Then, in May, the city released data that showed homelessness had jumped 17 percent from 2017.

Yet the aforementioned report released last week, which included more complete accounting, showed the increase was far worse: homelessness had increased by 30 percent. The new numbers use a broader definition of what is considered homelessness.

Of the homeless persons surveyed in the report, 30 percent said they had owned or rented before. Another 33 percent lived with friends and family, 12 percent lived in subsidized housing, and 10 percent were committed to a state hospital or in jail.

Including the new standard, the city has an estimated 9,784 homeless residents, according to a report — a bit more than 1% of San Francisco's population, which was 884,000 last year. That accounts for 1,773 people more than the previously-released number of 8,011.

That is perhaps unsurprising. Last week, a separate report emerged that a one-bedroom apartment in San Francisco had reached a new median high of $3,700 a month.

Interestingly, as the Washington Post reported, homelessness nationwide has actually dropped over the last decade — but not in San Francisco.

That a majority of homeless people cite job loss and rising rents as the number one factor as to why they are homeless hints that the usual suspect — gentrification from the tech industry — is clearly to blame. Likewise, were the massive wealth of the tech industry and its titans taxed in a thoughtful way and used to build housing, said crisis would not exist.