Amy McGrath flip-flops on how she would have voted on Brett Kavanaugh: “I know I disappointed many”

“I will make mistakes and always own up to them, McGrath says. “The priority is defeating Mitch McConnell” 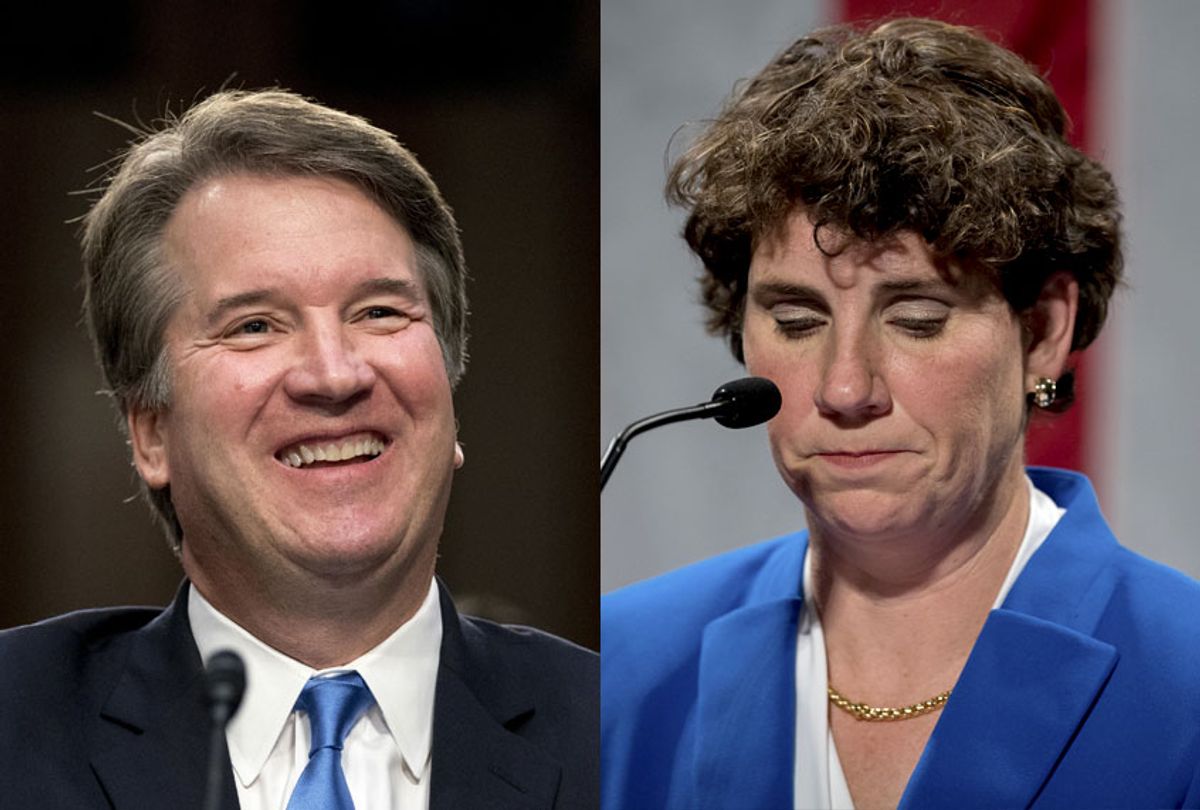 Amy McGrath, the former fighter pilot and Democratic congressional candidate who announced that she is running against Senate Majority Leader Mitch McConnell earlier this week, flip-flopped on the question of whether she would have voted for Brett Kavanaugh to serve on the Supreme Court.

"I didn't listen to all of the hearings," McGrath told the Louisville Courier-Journal when asked about McConnell pushing through Kavanaugh's confirmation. "I don't think there was anything, and I'm not a lawyer or a senator on the Judiciary Committee, so I don't know the criteria. But I was very concerned about Judge Kavanaugh, what I felt like were the far-right stances that he had. However, there was nothing in his record that I think would disqualify him in any way. And the fact is when you have the president and the Senate, this is our system and so I don't think there was anything that would have disqualified him in my mind."

She added that she thought it was appropriate for Senate Democrats to bring up sexual misconduct accusations from Kavanaugh's past, adding that she found Dr. Christine Blasey Ford's accusation to be "credible" but adding that "given the amount of time that lapsed in between and from a judicial standpoint, I don't think it would really disqualify him." She concluded that "I probably would have voted for him."

McGrath later backpedaled on her statement in a series of tweets on Wednesday afternoon.

"I was asked earlier today about Judge Brett Kavanaugh and I answered based upon his qualifications to be on the Supreme Court. But upon further reflection and further understanding of his record, I would have voted no," McGrath wrote in her first tweet.

She added in a follow up tweet, "I know I disappointed many today with my initial answer on how I would have voted on Brett Kavanaugh. I will make mistakes and always own up to them. The priority is defeating Mitch McConnell."

"I'm continually disappointed in Mitch McConnell," McGrath explained. "I mean, I think there's a pattern when he wasn't in the leadership, when he was in the minority, of obstructing in our country and just basically doing things that hurt people in our country for purely political reasons. And now that he's in the leadership, it's scary to me that — the priorities are what we really throw me. The first priority was the repeal of the Affordable Care Act without any replacement. And to try to push that through without a CBS score, without having the facts of what it would do to people, having to push it through at midnight. That's wrong, that's not America."