Moore gives fellow progressives a stern warning: The president’s base is every bit as excited now as it was then 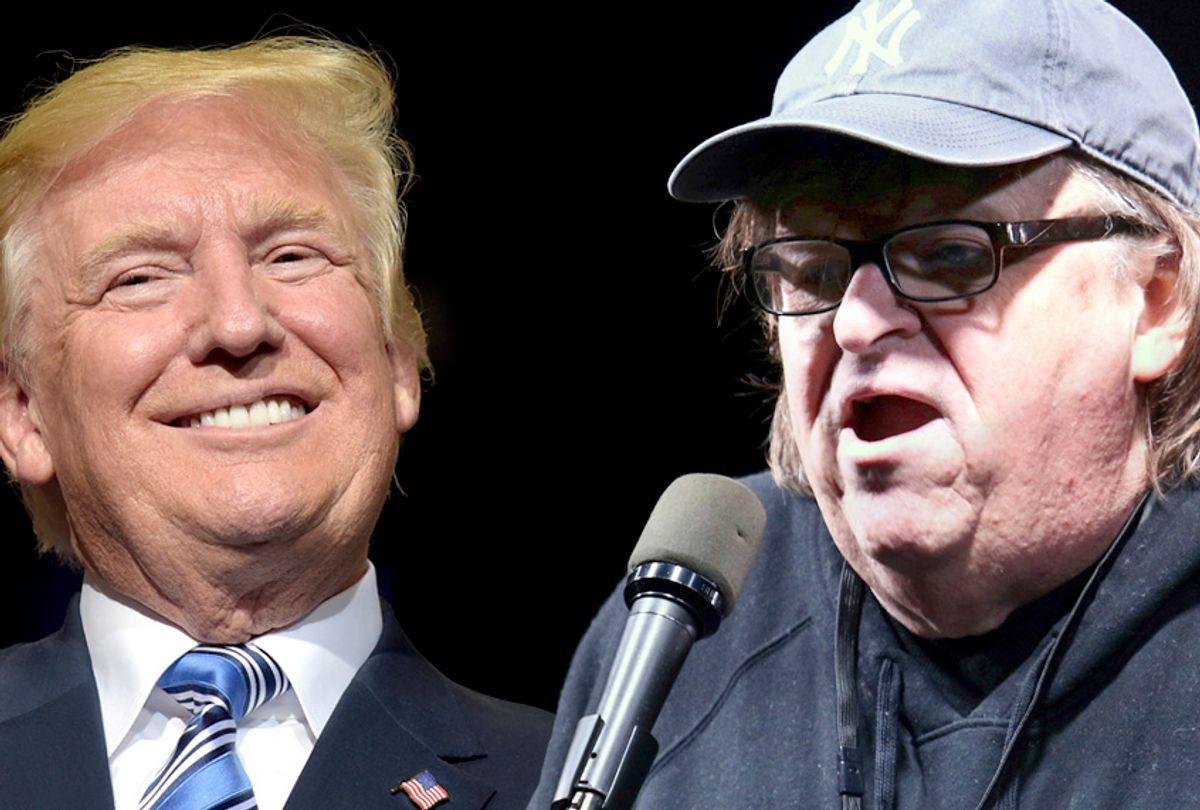 In 2016, progressive activist and filmmaker Michael Moore predicted that Donald Trump would defeat Hillary Clinton and pull off an upset in some Rust Belt states that ordinarily go Democratic — including Pennsylvania, Michigan and Wisconsin.

Sure enough, Trump won those states, achieving a victory in the Electoral College even though Clinton won the popular vote. And Moore is giving fellow liberals and progressives a stern warning for 2020: Trump’s base is every bit as excited now as it was in 2016.

Democrats, Moore is stressing, shouldn’t underestimate the “enormity of the fight” they will be facing in the 2020 election. The 65-year-old Flynt, Michigan native, who is famous for documentaries that range from 2007’s “Sicko” to 1989’s “Roger and Me” to 2009’s “Capitalism: A Love Story,” warned on Twitter that the president “hasn’t lost one inch of his fired-up insane base.”

Moore asserted that Trump’s popularity among his hardcore base was evident last month when he officially launched his 2020 reelection campaign with a large rally in Orlando, Florida. Moore noted that he listened to Trump’s speech from start to finish that night — and the enthusiasm of his diehard supporters was impossible to miss.

Moore tweeted, “I know no one wants to waste that kind of time even looking at him (Trump), but not wanting to see the enormity of the fight ahead doesn’t make it go away. He hasn’t lost one inch of his fired-up insane base. Are u ready?”

During the 2016 election, Moore predicted on his website, “Donald J. Trump is going to win in November. This wretched, ignorant, dangerous part-time clown and full-time sociopath is going to be our next president.” The activist/filmmaker went on to say, “President Trump. Go ahead and say the words, ‘cause you’ll be saying them for the next four years: PRESIDENT TRUMP.”