Another Trump surrender disguised as victory: No citizenship question. But if the goal was turmoil, he wins again 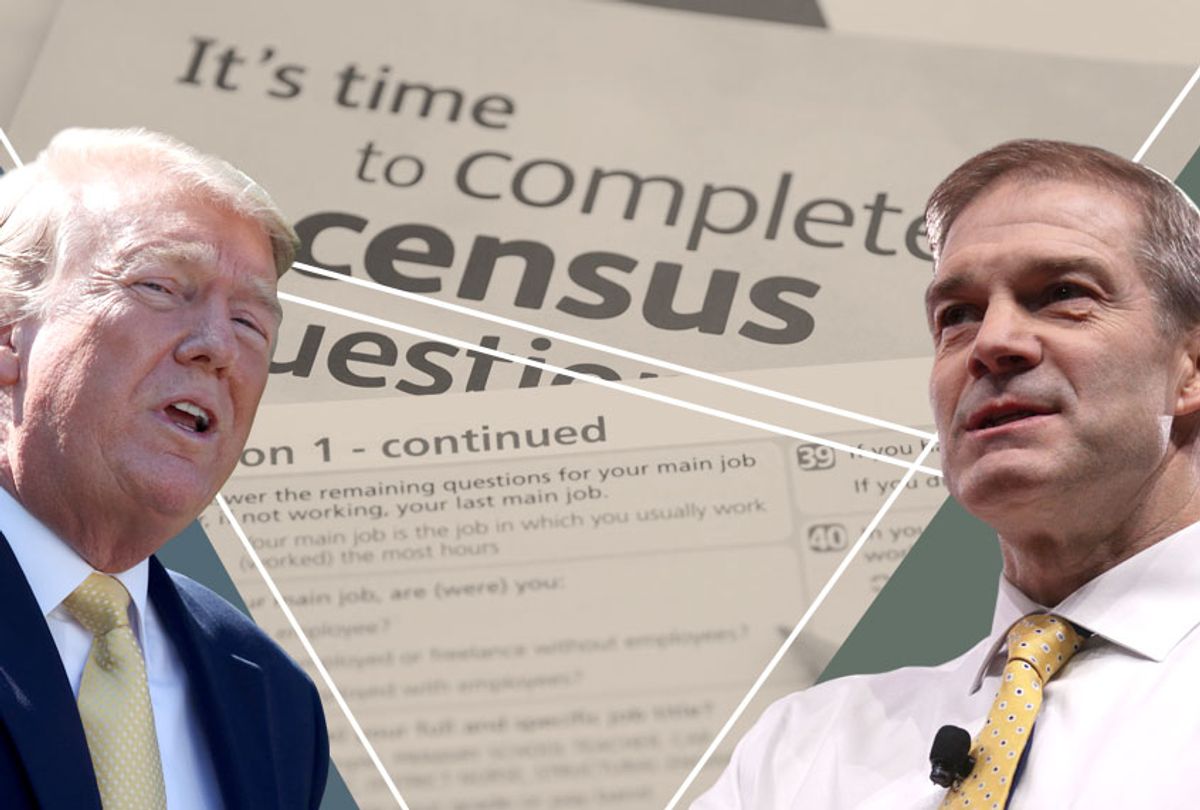 When Supreme Court Chief Justice John Roberts ruled against the Trump administration on the inclusion of a citizenship question in the 2020 census, the Republican-appointed Roberts dropped a big hint. He said that although the question was legitimate, the stated rationale for it was not. After a few angry tweets, President Trump quickly ran with Roberts’ decision and threatened to go around the Supreme Court ruling and straight into a legitimate constitutional crisis.

So we went into Thursday afternoon with most observers convinced that Trump was poised to defy the Supreme Court’s directive with a move that threatened the legitimacy of the constitutionally-mandated census. Trump clearly contemplated executive action that would have bestowed legal authority onto the Commerce Department to add a citizenship question. That might not have directly violated the Supreme Court’s decision because it entirely abandoned the initial rationale for the question offered by the Commerce Department.

We'll never know, because in yet another capitulation described as victory, Trump has apparently decided to back away from the census question but order Commerce to gather citizenship information from other sources. That may or may not be a good idea, but it is almost certainly constitutionally acceptable.

Article I, Section 2, of the U.S. Constitution specifically says the decennial census is under the authority of Congress. Trump has repeatedly hinted, even on Thursday, that he would seize that power away from the legislative branch by executive action.

The administration had initially argued it needed citizenship data to help prepare for voting rights cases, even though Trump's team has yet to engage in that kind of litigation. That was the reason Roberts said “seems to have been contrived.” Roberts, along with four justices appointed by Democrats, remanded the case to lower courts to be reconsidered, but not with enough time before scheduled printing began.

After the court’s decision, the Commerce Department, which oversees the census, announced it would move ahead with printing census forms without the question. Right-wing Republicans erupted in outrage that their years-long battle to get the question added appeared all but lost. It was almost certainly that firestorm that pushed Trump toward a potential confrontation with the Constitution, ending in Thursday's fiasco.

Rep. Steve King of Iowa, a notoriously racist Republican, called on Trump to "delay the census until you can ask the question." Rep. Chip Roy, R-Texas, called on the president to “ignore” his own lawyers — and the U.S. Supreme Court — and print the census with a citizenship question anyway.

Eighteen House Republicans, many of them members of the far-right Freedom Caucus, urged the Trump administration to move forward with adding a question about citizenship to the 2020 census in a letter sent to Attorney General William Barr late Wednesday afternoon. After it was reported on Thursday that Trump might issue an executive action to force the question, House Majority Leader Steny Hoyer said that the House would vote next week to hold Attorney General William Barr and Commerce Secretary Wilbur Ross in contempt of Congress for failing to comply with congressional investigators.

All of this bickering now looks like pointless trolling or misdirection — certainly a specialty of this administration.

Rep. Jim Jordan of Ohio, ranking member of the House Oversight Committee and a devout Trump loyalist, argued in an interview with Fox News' Tucker Carlson that perhaps a dissenting opinion from the Supreme Court ought to carry more weight than the court's actual ruling. to argue that high court is in favor of including the question. "[Justice Samuel] Alito said it best — no one disagrees that it's important to know how many immigrants are in your country," Jordan said earlier this week, on a program Trump watches regularly.

Last week Trump dropped the pretense that the question had anything to do with voting rights, saying that the issue was “redistricting.” That was perhaps an inadvertent admission that the motive behind the citizenship question has obvious all along — to enhance the electoral power of whites (and Republicans) through gerrymandering.

While the administration argued in court that there was not enough evidence that the question would decrease the response rate, research from the Census Bureau itself shows that Latinos in the U.S. were undercounted by 1.5 percent in the 2010 census, and African Americans by nearly 2 percent. That was, of course, without a citizenship question on the “short form” sent to every person in the country. (A question about citizenship status is asked on the “long form,” which goes to about one of every six people.)

“The question should be included,” conservative House Republicans argued in their Wednesday letter to Barr. They argued that “a majority of Americans agree" — which appears to be true, at least for now — "and the President would be correct to include the question with a new rationale in light of the Supreme Court’s decision.”

Now the legal question has been settled, and the citizenship question has been abandoned. But Team Trump has done its work. This whole fight is best understood as a political ploy meant to fire up the Trump base ahead of the 2020 election and, coupled with recently announced nationwide ICE raids, to discourage wider participation in the census through fear. Mission accomplished, quite likely. But at least this time, the constitutional crisis so many Republicans are itching for was averted.