And as the high court has moved more and more to the right, the 71-year-old Thomas has only grown more influential 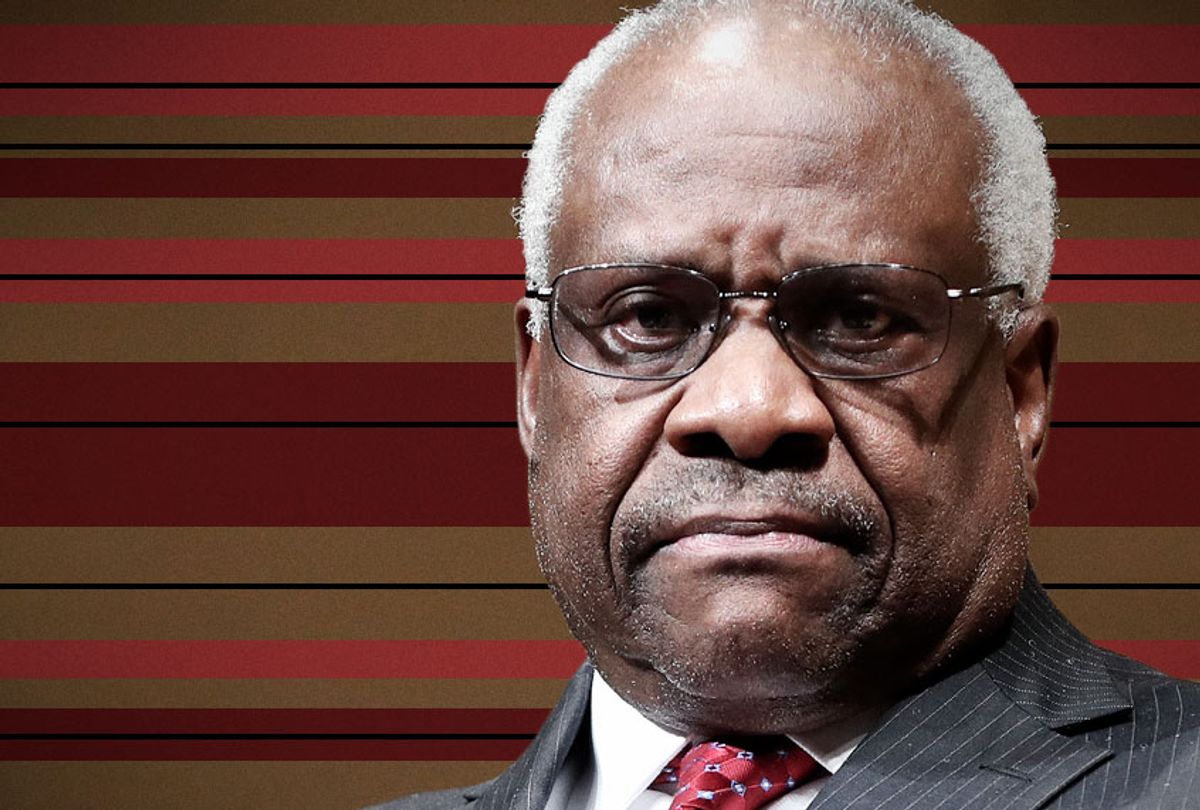 Arguably, the most damaging part of President George H.W. Bush’s legacy was nominating Justice Clarence Thomas to the Supreme Court in 1991. Bush 41 didn’t replace the liberal Justice Thurgood Marshall with a Rockefeller Republican like Justice Sandra Day O’Connor or a right-wing libertarian like Justice Anthony Kennedy; he went far right with the Thomas nomination.

And as the Supreme Court has moved more and more to the right, the 71-year-old Thomas has only grown more influential.

Thomas is not only the justice who has spent the most time on the Supreme Court — he is also the most influential right-winger on the Court, especially after Kennedy’s resignation in 2018. That influence goes well beyond his seat, as countless clerks who worked for Thomas in the past have been nominated for the lower federal courts or joined the Trump Administration in some capacity.

Here are some of the reasons why Thomas’ far-right influence is so troubling.

With the addition of Justice Brett Kavanaugh to the Supreme Court in 2018, it is entirely possible that Roe v. Wade — the 1973 ruling that, in effect, legalized abortion in all 50 states — will be overturned. And Thomas would no doubt vote to overturn Roe. But Thomas’ extreme social conservatism goes way beyond abortion: Thomas opposes right-to-privacy decisions in general and believes that there is no such thing as a right to privacy in the U.S. Constitution. So if Roe is overturned, other right-to-privacy rulings could be in danger as well — for example, 1965’s Griswold v. Connecticut (which struck down a contraception ban for married couples in that state), 2003’s Lawrence v. Texas(which struck down a Texas sodomy law) and 1969’s Stanley v. Georgia (which said that simple possession of sexually explicit adult material isn’t a crime even if it is obscene). Thomas is not only a threat to abortion rights: he is also a threat to everything from legal contraception to LGBTQ rights to the right to view consensual adult porn on the Internet.

It cannot be stressed enough how much of a departure Kavanaugh is from the justice he replaced, Anthony Kennedy. Although Kennedy was a fiscal conservative and a right-wing appointee of President Ronald Reagan, he was clearly a libertarian when it came to sexual freedom, LGBTQ rights and right-to-privacy decisions — and the Christian Right hated Kennedy as much as they love Thomas. But Kavanaugh is no libertarian: he is a severe social conservative in the vein of Thomas and the late Justice Antonin Scalia (Reagan’s most extreme appointee). So if Thomas, in the future, votes to roll back right-to-privacy decisions, Kavanaugh will no doubt be voting with him. And Kavanaugh is likely to be making far-right decisions for decades to come: as a 54-year-old Gen X-er, Kavanaugh might be on the Court 30 years from now if he lives as long as Justice Ruth Bader Ginsburg.

3. Thomas has no problem striking down long-established case law

In Latin, the term “stare decisis” means “let the decision stand.” When Sen. Susan Collins claimed — wrongly so — that Kavanaugh considers Roe v. Wade “settled law,” she was delusional. Kavanaugh, as a Thomas/Scalia disciple, doesn’t believe in stare decisis. So Kavanaugh would have no problem striking down decisions that were handed down 40, 50 or 60 years ago if he believed it would advance the cause of social conservatism. And Thomas, in his writings, has made it abundantly clear that he has no use for the “stare decisis” idea. Thomas would gladly roll back civil liberties protections added in the 1950s or 1960s if he believes they were wrongly decided, and both of the justices Trump has appointed so far (Kavanaugh and Neil Gorsuch) have been avid students of Thomas’ writings.

As president, George W. Bush nominated right-wing jurists for the Supreme Court. But at least Chief Justice John Roberts, a Bush appointee, has had some nuance; Trump has no interest in nuance and has made it clear to the Christian Right that he will only nominate far-right social conservatives in the Thomas/Scalia vein. And Thomas, as Emma Green points out in a July 10 article for The Atlantic, has been a major influence on the Trump Administration.

Thomas, Green notes, “has had more of his former clerks nominated to federal judgeships under Trump than any other justice, past or present: ten, compared with Anthony Kennedy’s seven and Scalia’s five. Roughly one-fifth of Thomas’ former clerks either are in the Trump Administration or have been nominated to the federal bench by the president.”

The people who served as clerks under Thomas, Green explains, have ranged from Fox News’ Laura Ingraham to Carrie Severino (policy director of the Judicial Crisis Network).

In August 2017, Dahlia Lithwick and Mark Joseph Stern reported that “everywhere you turn in Trumpland, you’ll find a slew of Thomas’ former clerks in high places.” And Thomas’ influence on the Trump Administration has only grown since then.

5. Thomas and his disciples believe that insurance companies should be allowed to victimize people with illnesses as much as they want

When the Supreme Court upheld most of the Affordable Care Act of 2010, a.k.a. Obamacare, as constitutional in 2012, Thomas was among the dissenters and argued that Congress doesn’t have the right to regulate interstate commerce in the way that Obamacare does. And with Gorsuch and Kavanaugh now on the Court, health care reform is facing even more danger than it did seven years ago. If the Supreme Court agrees with the premise of the GOP’s Texas v. Azar lawsuit and strikes down Obamacare as unconstitutional, at least 20 million Americans would lose their health insurance (according to the Urban Institute). Thomas and his disciples Kavanaugh and Gorsuch would have no problem with that.

If Democrats regained the presidency in 2020, kept their House majority and achieved a Senate majority, they could pass new health care legislation should the ACA be struck down. But with far-right ideologues like Thomas and his disciples having so much influence in the higher and lower federal courts, any type of laws that challenge the abuses of health insurance companies could be legally challenged as well.

In other words, health insurance companies will be allowed to abuse, harm and bankrupt Americans all they want if Thomas and his army of ideologues in the judicial system have their way.