Notably, only 12 percent of Democratic primary voters say they definitely know who they will cast their ballots for 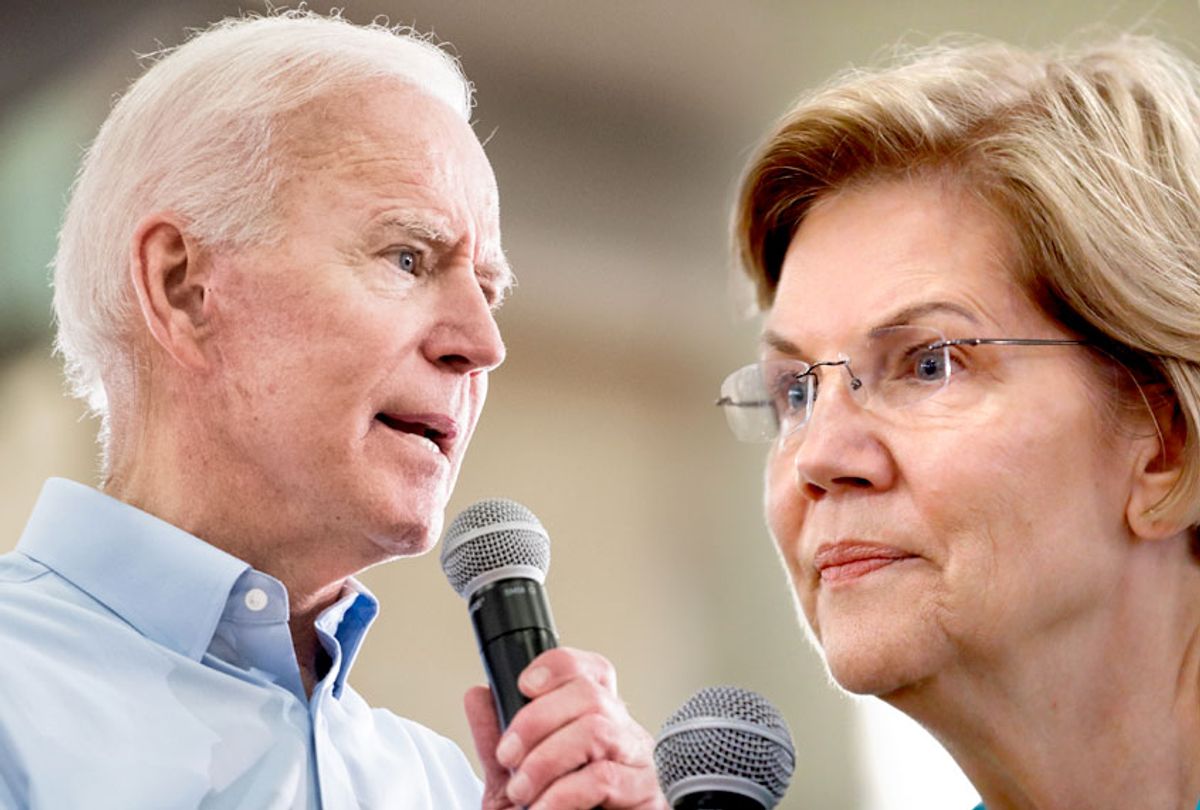 Sens. Kamala Harris, D-Calif., and Bernie Sanders, I-Vt., are tied for third place at 13 percent. South Bend Mayor Pete Buttigieg is at 7 percent, while former Texas Rep. Beto O'Rourke and entrepreneur Andrew Yang are at 2 percent. (No other candidate earns more than 2 percent of voters' support.)

Support for Tom Steyer, the billionaire hedge-fund manager and liberal activist who did not enter the Democratic primary race until June 9, was not tested in the survey.

The poll also asked likely Democratic primary voters about who would be their second choice for president. Harris comes out on top with 14 percent, followed by Warren at 13 percent, Sanders at 12 percent and Biden at 10 percent. Buttigieg comes in fifth place with 8 percent, followed by Hawaii Rep. Tulsi Gabbard at 3 percent. New Jersey Sen. Cory Booker, former Housing and Urban Development Secretary Julián Castro and O'Rourke each earn 2 percent, respectively. (No other candidate receives more than 2 percent of voters' support.)

Notably, only 12 percent of Democratic primary voters say they definitely know who they will cast their ballots for in the upcoming primaries, suggesting there is a lot of malleability in the numbers.

The survey reveals that Democratic primary voters are split on what is most important to them — a candidate who comes closest to their views on issues or one who is best positioned to defeat President Donald Trump. 51 percent of voters believe the issues are most important, while 45 percent think the ability to take on Trump is most important.

The Democratic electorate is also divided on approaches to major issues, including climate change, college affordability, economic opportunity and health care. A majority of Democratic primary voters (54 percent) say they want a candidate who proposes larger-scale policies that may cost more and be harder to pass into law but could result in major change, while others (41 percent) say they prefer a nominee who backs smaller-scale policies that cost less and may be easier to pass into law but would bring less change.

The survey also finds that 44 percent of all voters support a single-payer health care system in which all Americans would get their health insurance from one government plan that is financed in part by taxes, versus 49 percent who oppose it.