Tom Steyer enters Democratic race: "We've got to take the corporate control out of our politics"

The billionaire impeachment crusader jumped out of the gate with a pitch that didn't mention Pres. Trump by name 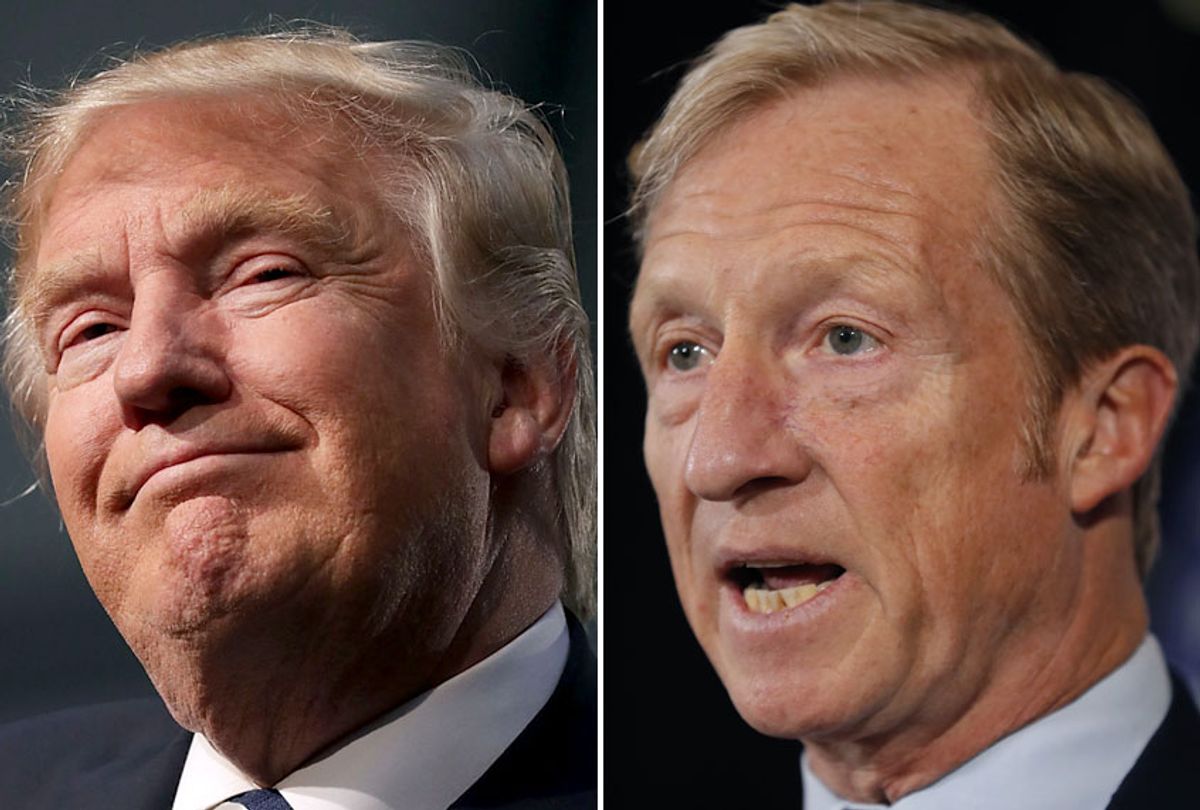 Tom Steyer, the progressive billionaire and activist who previously indicated he was not interested in running for president, has decided to throw his hat into the 2020 race.

While the hedge fund manager has become somewhat of a household name in his crusade to impeach President Donald Trump, Steyer jumped out of the gate with an entirely different message, striking hard at the influence of big money interests and corporations politics. In fact, he did not even mention the president by name in his opening salvo.

"Almost every single major intractable problem — at the back of it, you see a big money interest for whom stopping progress, stopping justice is really important to their bottom line," Steyer said. "Americans are really, deeply hurt by the way they're treated by what they think is the power elite in Washington, D.C. — and that goes across party lines, and it goes across geography.  We've got to take the corporate control out of our politics."

Steyer attempted to address his own extreme wealth, which critics have already called attention to on social media, head-on by describing his involvement with the philanthropic initiative known as the Giving Pledge.

"We signed the Giving Pledge, which is a promise to give away half of your wealth while you're alive to good causes," Steyer said "We have a society that's very unequal, and it's really important for people to understand this society is connected. If this is a banana republic with a few very, very rich people and everybody else living in misery, that's a failure. The lawyers have basically gotten the Supreme Court to say that corporations are people and therefore have all the rights in the Constitution given to people."

Steyer reportedly plans to spend $100 million of his own money on his campaign, putting him at odds with progressive Democrats like Sen. Elizabeth Warren of Massachusetts who have vowed to avoid the influence of big money in their bids. When asked about this by CNN, Warren said, "Every one of us should be held responsible for the kind of campaign we run. Period."

She added, "I'm careful about what I say about other Democrats, but there's a second part. I don't go to closed-door fundraisers. I don't hang out with millionaires and corporate CEOs. I'm building a grassroots movement. And, I think, as Democrats, we should ask that of every single one of them: Do this grassroots style."

Speaking to Salon in February about his views on the 2020 presidential race, Steyer said he believes America is "at the tail end of the intellectual and moral bankruptcy of the Reagan Revolution, and I think Mr. Trump is the lawless embodiment of that intellectual and moral bankruptcy. So what I'm looking for is someone who can see a positive future for all Americans and can give us a shared vision of how we can continue and expand and improve the American experiment for everybody in this country in the 21st century."

He added, "I mean, that’s actually what I was trying to do with those five rights, is to say, 'If we have this framework, doesn’t that give us the positive framework so that we can pull together, and instead of this being a zero-sum game, understand that together we will produce something much better than we will if we do the Trump style of divide and vilify and don’t prosper?'"

You can watch Steyer's announcement video below: