Trump "is trying to divide so he can conquer," says soccer star Megan Rapinoe 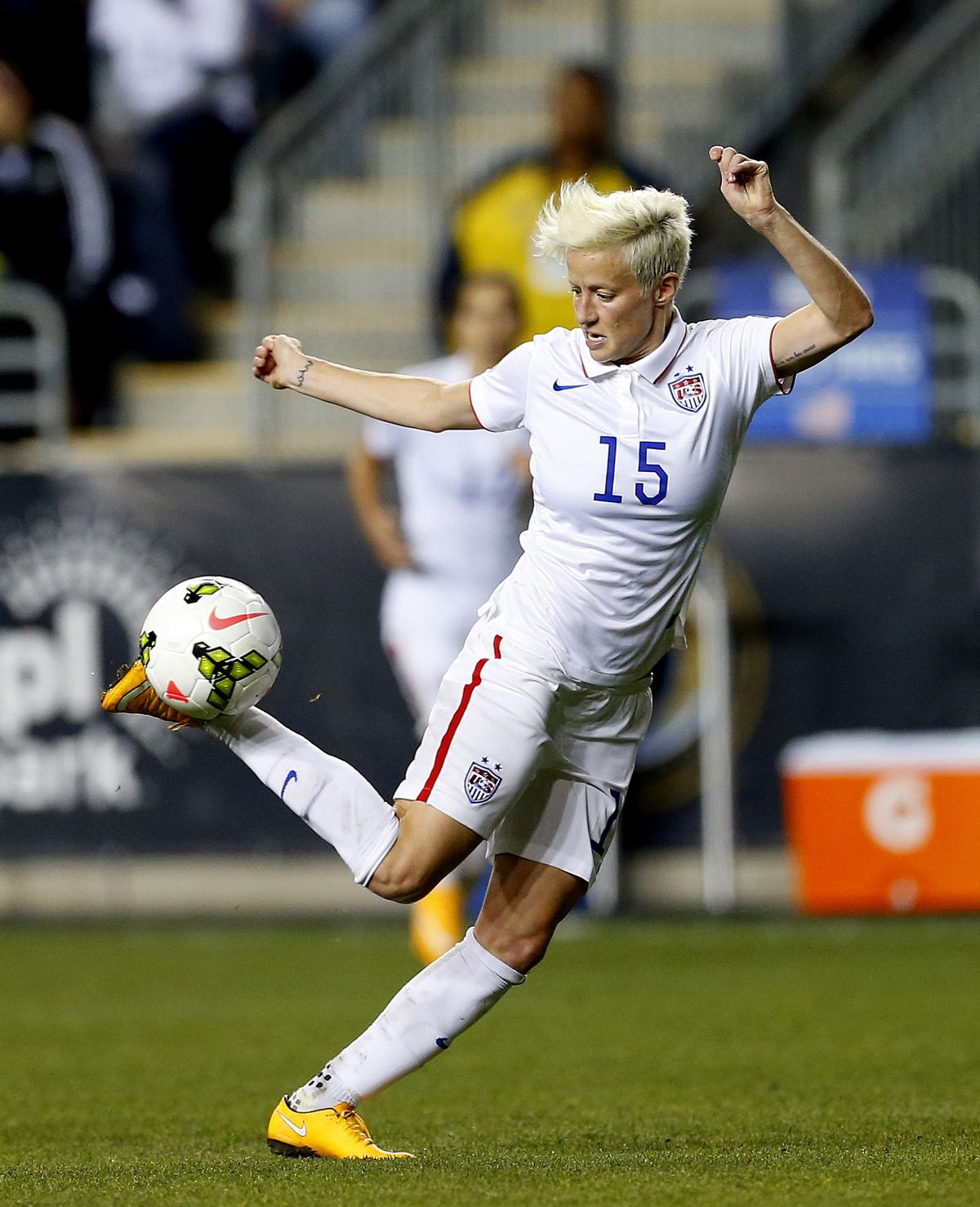 FILE - In this Oct. 24, 2014, file photo, United States midfielder Megan Rapinoe (15) against Mexico in the second half during a CONCACAF semifinal soccer match in Chester, Pa. Five players from the World Cup-winning U.S. national team have accused the U.S. Soccer Federation of wage discrimination in an action filed with the Equal Employment Opportunity Commission. Alex Morgan, Carli Lloyd, Megan Rapinoe, Becky Sauerbrunn and Hope Solo maintain in the EEOC filing they were payed nearly four times less than their male counterparts on the U.S. men's national team. The filing was announced in a press release on Thursday, March 31, 2016. (AP Photo/Rich Schultz, File) (AP)
--

Megan Rapinoe, the American soccer star who has been an outspoken critic of Donald Trump, told NBC's "Meet the Press" on Sunday that the president "is trying to divide so he can conquer, not unite so we can all conquer."

In an interview with host Chuck Todd, Rapinoe explained that she hopes Trump supporters who wish that she would be willing to visit the White House will understand the principles that motivate her refusal to consider doing so.

She added, "And I understand people feel upset or uncomfortable, there are I think some feelings of disrespect about the anthem protests or things that I have said in the past. But ultimately I think I am here, open and honest, I have admitted mistakes. I will continue to do that. I will continue to be vulnerable and be honest and be open and want to have that conversation. Because I think Trump's message excludes people that look like me and that are me, of course, but it excludes a lot of people in his base as well. And I think that he is trying to divide so he can conquer, not unite so we can all conquer."

Rapineo is gay, which likely explains her statement about Trump "excluding me" and "excluding people that look like me."

She added, "I think that we need to have a reckoning with the message that you have, and what you’re saying about, ‘Make America Great Again.' I think you’re harking back to an era that was not great for everyone. It might have been great for a few people, and maybe America is great for a few people right now, but it’s not great for enough Americans in this world. And I think that we have a responsibility, each and every one of us — you have an incredible responsibility, as the chief of this country — to take care of every single person, and you need to do better for everyone."

Conservative outrage against Rapinoe included Fox News' Jesse Watters saying that "the women are not helping their case [for equal pay] by their behavior" and warning that the women's soccer team would lose viewers if its members "disparage the president and ... act in unpatriotic ways and then complain about not getting paid equally." Rush Limbaugh also argued that the team's equal-pay lawsuit is unfounded because "there just isn’t as much — gonna whisper this — there isn’t as much overall interest in women’s soccer."