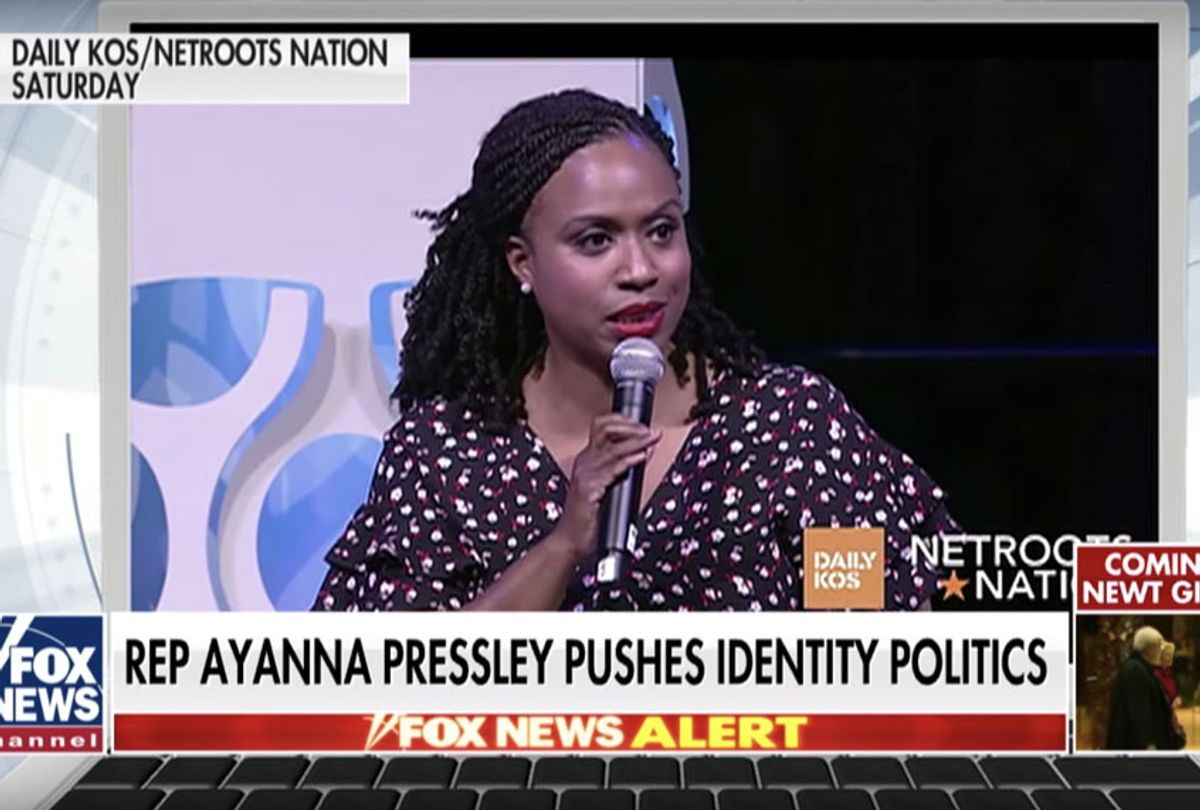 Donald Trump thinks white nationalism is going to win him the 2020 election. This much is clear. Trump's racist Twitter rant on Sunday — in which he suggested that four nonwhite congresswomen, three of whom were born in the United States, are "originally" from somewhere else and should therefore "go back" — might have seemed at first like a spontaneous eruption of racist rage from the simmering bigot in the White House.

Soon, however, it became clear that this was strategic. Trump thinks it's a winning move to echo the claims of David Duke and other white nationalists who believe the United States is for white people. He justified his racism by saying that "many people agree with me," and by continuing to rave on Twitter about how the real purveyors of "racist hatred" are those who look askance at his embracing the rhetoric of Stormfront and the KKK.

As Heather Digby Parton argued for Salon, this is more than an explosion of racist anger. Trump "believes that most Americans are as racist as he is and that he will be rewarded for this indecency with a second term."

There's good reason to think Trump and his boosters are wrong about this. As New York Times columnist Jamelle Bouie pointed out on Twitter, "Trump's popularity has taken its sharpest dips whenever he goes full racist," and that even that seemingly rock-solid level of support that sits right around 42% in opinion polls has dipped into the 30s when Trump openly aligns himself with white nationalist views. Thanks largely to his racism (as well as his stunning lack of competence), Trump has spent his entire term in office with lower overall approval ratings than any president in more than 60 years.

So where does Trump getting this idea that ever more extreme racism is the way to win over voters? One major source is likely his favorite TV network and the only source of information he tends to take seriously: Fox News.

For years now, Fox News has been mainstreaming arguments that used to be the province of  fringe websites run by neo-Nazis and other groups who believe the U.S. is meant to be a country of white people and for white people — perhaps with others permitted in small numbers of they stay quiet and keep to themselves. Trump was a major factor in the early rumblings of white nationalism on the network, which gave him considerable airtime during his reality TV days to air conspiracy theories about Barack Obama's birth certificate. Such "birther" theories rested fairly obviously, in the first place, on the belief that black people cannot be "real" Americans.

Since Trump was elected, the Fox News programming that promotes white nationalist ideas has slowly grown both in airtime and in severity. At Salon, we sounded the alarm in the early months of Trump's presidency, when prime-time Fox News host Tucker Carlson began to experiment with segments that used euphemisms like "Western civilization" to package the idea that white people are inherently more civilized while people of color are a threat to national stability.

Since then, Carlson and many of other Fox News pundits have only grown bolder. "Replacement theory" — the white nationalist idea that has spurred multiple terrorist attacks, holding that white people will somehow be removed and "replaced" by people of color — used to be confined to fringe neo-Nazi websites with atrocious early-2000s design aesthetics. Now that's become a regular feature of slick Fox News segments, which suggest that immigrants of color are "invading the country" and can never be "fully American," and that demographic changes from immigration are "more change than human beings are designed to digest" and inherently a threat to "your neighborhood."

The network also hypes the idea that nonwhite immigrants are dirty and diseased, as well as inherently criminal. (For about the 400th time: Immigrants, documented or otherwise, are less likely to commit crimes than native-born citizens. There is no serious dispute about this.) Furthermore, because many immigrants speak languages other than English and may eat unfamiliar food or bring cultural practices that appear foreign to some, American society will soon be "tipping over a cliff."

This is the same kind of rhetoric that was used to demonize the Irish and Italian immigrants of the past, who were seen as threats to American culture due to scary foreign practices like putting garlic in food and praying with the Rosary. One hardly needs to mention the bigotry and discrimination directed at Jewish immigrants, who were barred from certain neighborhoods and many commercial establishments well into the 20th century. Unfortunately, most of the Fox News audience for this rhetoric, the president included,  doesn't know anything about that history, or care to learn.

It's true that Fox News ratings are high, and that is incredibly meaningful to Trump, who has a long-standing obsession with TV ratings dating back to his days as host of "The Apprentice." More important still, Trump tends to view TV ratings as the single  most meaningful metric of public opinion, one that far outweighs more statistically significant measures like political polling.

In looking over Trump's Twitter obsession with TV ratings, it's clear that he believes — or at least pretends to believe — that ratings are tied tightly to alliance with his racist agenda. It's not just that he routinely mocks CNN and MSNBC for supposedly having poor ratings. Any TV product that deviates too far from a racist agenda, he believes, takes a ratings hit for it. When NFL players were protesting racism, Trump gleefully declared it was hurting TV ratings. When the Oscars tried to improve racial diversity and attendees decried Trump's bigotry, he gloated that it was the "Lowest rated Oscars in HISTORY". He even repeatedly (and falsely) tried to argue that his inauguration ratings exceeded Barack Obama's.

The pattern is clear: Trump believes racism is more popular than anti-racism, because, he believes, racism gets TV viewers and anti-racism doesn't. And getting TV viewers is the only measurement he takes seriously.

By any measure of cable viewership, there is no denying that Fox News has disturbingly high ratings. Its daytime audience is 1.3 million viewers on average and the prime time shows pull 2.4 million people. That doesn't just outdo other cable news networks, but mainstays like TNT and HGTV. Carlson gets nearly 3 million viewers a night, numbers that far exceed his rabid fan base of open white nationalists. Racism does sell, and the audience for white nationalist rhetoric is not small.

But those numbers do not even come close to a majority of Americans, or even of American voters. Nearly 129 million Americans voted in 2016, meaning that only about 2% of the electorate is tuning into Carlson's show on any given night. By contrast, the CBS sitcom "The Big Bang Theory" has nearly 19 million viewers. Racism sells, sure — but exponentially less well than unfunny sitcoms with aggressive laugh tracks.

Trump's racism is wildly popular with his base, in other words, but a large majority of Americans find it repulsive. No amount of the president's obsessive dissection of cable ratings will change that. That's not to say Trump's opponents should become complacent or assume that his unpopularity will automatically translate into a 2020 defeat. Unfortunately, racists are dramatically overrepresented in politics, due to the outdated mechanism of the Electoral College, which is how Trump won the 2016 election while getting nearly 3 million fewer votes than Hillary Clinton.  He could certainly pull it off again.

Still, Trump's apparently adamant belief that white nationalism will pay off in electoral terms doesn't reflect any reputable political polling. It appears instead to be an artifact of his obsession with TV and with Fox News in particular. It's a closed loop of awfulness: The more Trump pushes his racist agenda, the more the network amplifies his message, and the more he believes his bigotry is massively popular. Unless and until Trump takes a decisive L in 2020, he's going to keep believing the majority of Americans are secretly on his side.