Why that FaceApp aging challenge went viral — despite privacy questions

Why do these selfie challenges take over our timelines? 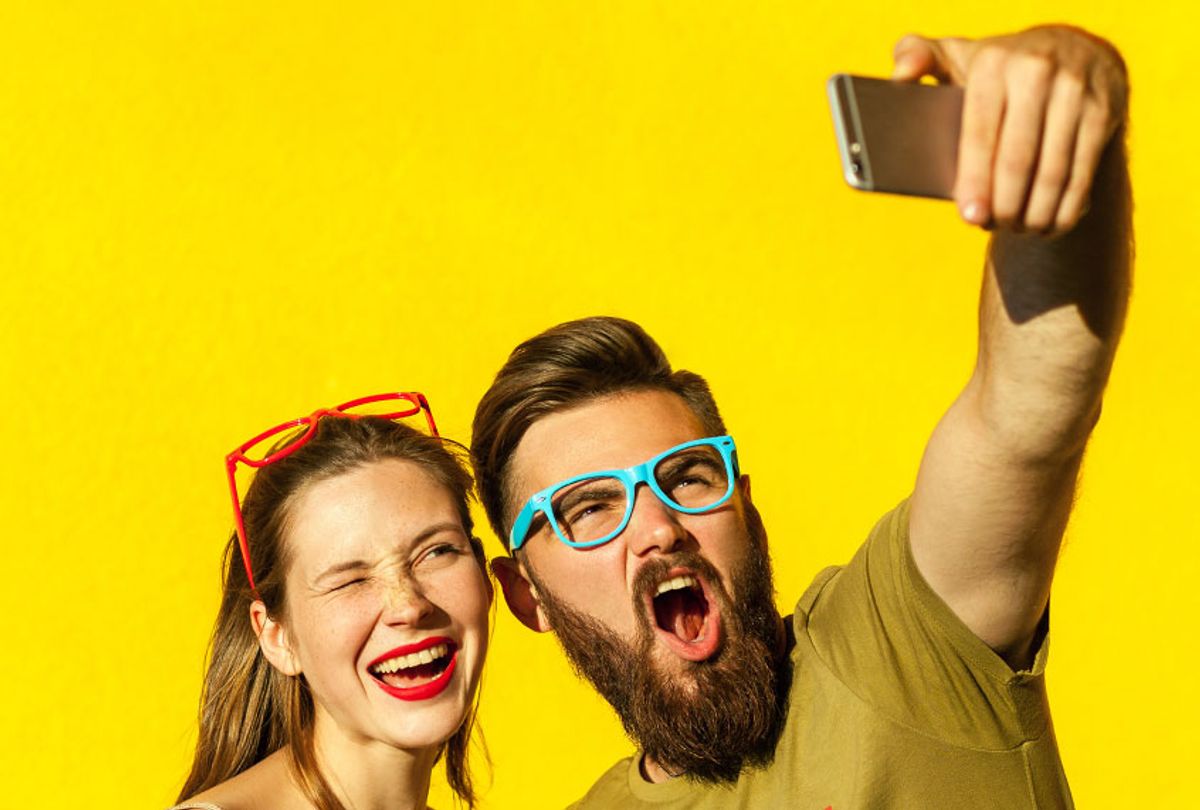 Facebook feeds are flooded with photos made with FaceApp, an artificial intelligence app that takes users’ uploaded photos and “ages” them by several decades. The results are eerie — reminiscent of the virtual face-aging software used on outdated images of missing persons — but immensely popular; celebrities from Carrie Underwood to the Jonas Brothers have shared images of themselves sporting wrinkles and graying hair.

Viral photo challenges aren’t new in the realm of social media. Recently, we’ve seen face-swapping and the gender-swap filter take over our feeds. They’re also not free from controversy.

FaceApp came under scrutiny in 2017 when it offered “ethnicity filters,” a feature that was ultimately deleted. This was just several months after the app weathered accusations of racism when it created a “hot” transformation that lightened users' skin automatically.

When a user selects a picture in their gallery to be altered by FaceApp, the photo is actually uploaded to FaceApp’s servers in Russia, where the company that makes the app is located. The filter effects are applied by AI there, off your device.

“FaceApp does not alert the user that their photo has been uploaded to the cloud, nor does it specify in its policies if the company retains your original photo or what the company is allowed to do with it,” wrote Fast Company’s Michael Grothaus. “All of Apple’s first-party apps that use AI and machine learning do so on the user’s device — not in the cloud. So people could think that, by default, FaceApp works the same way — which it certainly does not.”

And yet many people seem ever-eager to test the newest viral filter first and ask questions about social and privacy concerns later. According to clinical psychologist and technology researcher Margaret E. Morris, author of "Left to Our Own Devices: Outsmarting Smart Technology to Reclaim Our Relationships, Health, and Focus," that tendency springs partly from an innate desire to explore different facets of ourselves.

“There is definitely a positive desire to imagine expansion of the self,” Morris said. “How could I grow? How could I be different? What possibilities are there for me beyond how I currently present myself to the world?”

“And then, in addition to that," she continued, "what different stories could I tell to myself and other people about who I am?”

Technology like FaceApp provides tools to construct these new narratives; social media then offers a low-risk way to share them. Salon’s Nicole Karlis touched on this in her article “Using Snapchat to explore gender.” She spoke with trans activist Chase Ross about how Snapchat’s “gender swap” filter allowed individuals interested in transitioning a glimpse into what they would potentially look as a different gender:

“I think the filter can be good and bad,” Ross said via email. “Good because people who are trans and/or non-binary who aren't able to physically transition because of a variety of reasons (parents no accepting, school, money, etc) — these people are able to use this app, and it gives them a small glimpse as to what they might look like once they are able to physically transition (if that is what they want).”

Morris said this type of thinking is often used in therapy, where patients are sometimes guided toward pushing out of narrative ruts.

“Whether it's imagining, ‘What would it be like if I stopped looking so stereotypically male or female, if I could be attracted to different people, or present myself as a slightly different way in terms of gender or maturity?’” Morris said. “I think those are ways for people to push on, to expand our identities in ways that can be really positive.”

And while these apps can definitely devolve into mocking the group ultimately depicted in the photos, Morris sees this particular trend of using filters to look older as a way for some users to grapple with aging — something our society doesn’t do particularly well.

“Aging is daunting, and there is a lot of fear and anxiety about what the future holds, in terms of how will I look, how will I feel, how will I be perceived by others,” Morris said. “I think it's a playful way of investigating that.”

She continued: “These photos raise questions like can I bring my vitality, my humor, these other sort of positive qualities that I express in my selfies, can bring that with me? And as I get older, and will other people still see that?”

It’s the “When I’m 64” for the social media generation, asking the same questions as those sung by Paul McCartney and using the FaceApp aging challenge as a visual aid. I’ve seen photos of my friends, aged by 30 years, with captions detailing their imagined second careers, like selling beachside real estate on Sanibel Island. And while I hope their privacy will be better guaranteed in those futures, I hope they’re just as fulfilling as imagined.