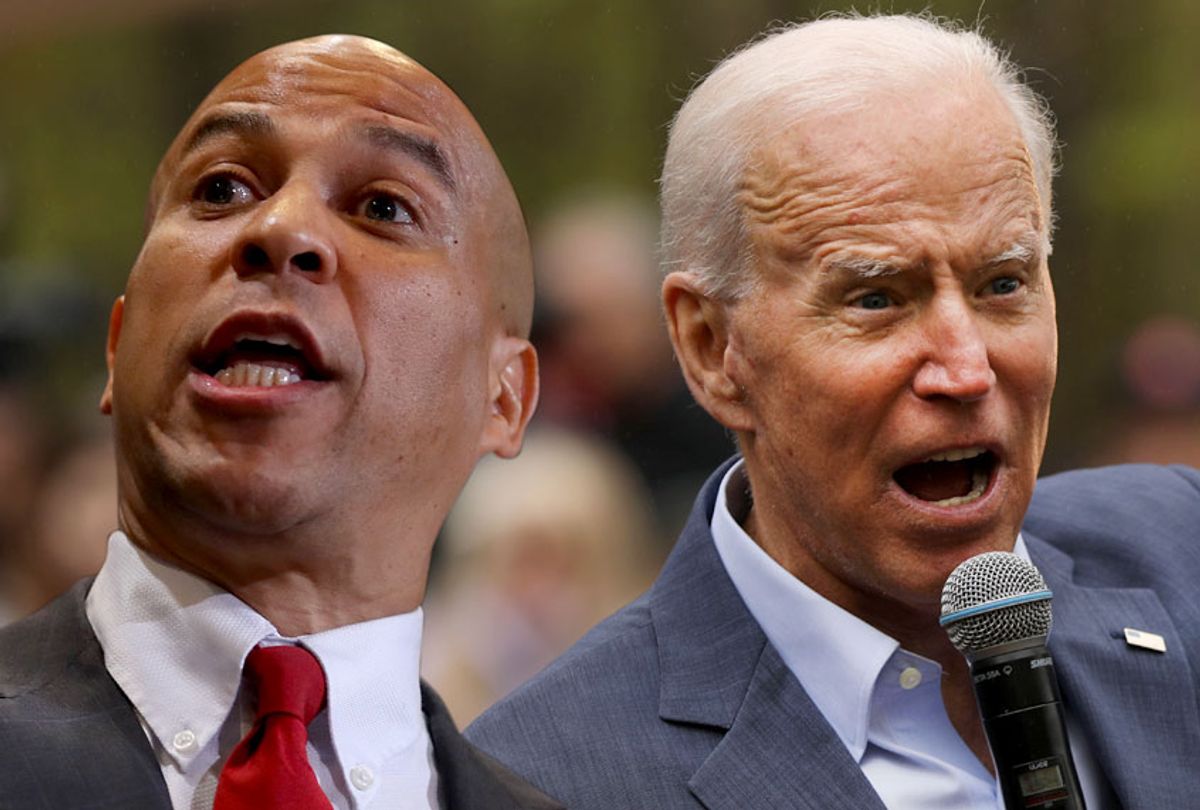 Sen. Cory Booker, D-N.J., again critiziced former Vice President Joe Biden over his initial reluctance to apologize for saying that working with segregationist senators early in his career was an example of the type of "civility" missing in modern Washington.

After the former vice president made the controversial remarks to a group of wealthy donors, Booker said "he is wrong" about working with segregationists as an example of "of how to bring our country together." He also called on Biden to apologize — a notion that was initially rejected.

"Apologize for what? Cory should apologize. He knows better. There's not a racist bone in my body," Biden said in response.

During a Washington Post Live event, Booker said Thursday that he felt disrespected by Biden's response, even though the former vice president called him in an attempt to make amends.

"Of course I did. How many times have we all in our lives who are some kind of 'other' dealt with mansplaining or dealt with condemning remarks?" Booker asked. He also expressed dismay that Biden's response to being criticized was to "fall into a defensive crouch and try to shift blame."

He concluded, "I'm happy that he came forward and apologized, but a presidential nominee shouldn't need that kind of lesson."

Booker argued that he would be a candidate who elevated the quality of America's political discourse rather than dragging it down to Trump-ian levels.

"If you want a fight-fire-with-fire person .  . . then people will choose somebody else. But I believe this is an election that is really about the soul of our country," Booker said, according to the Post.

He characterized this approach as one that was motivated by a desire to not only defeat President Donald Trump but to do so in a manner that would be beneficial to American politics as a whole.

"I am a warrior. And my heroes have always been warriors. They didn’t take [racists] down by bringing bigger fire hoses and stronger dogs," Booker said.

He added, "You may win a presidential election, but you lose a nation."

In Biden's original controversial remarks last month, the former vice president recalled, "I was in a caucus with James O. Eastland. He never called me 'boy.' He always called me 'son.'"

Eastland was a segregationist senator from Mississippi, while Herman Talmadge — who Biden described as "one of the meanest guys I ever knew" — was from Georgia.