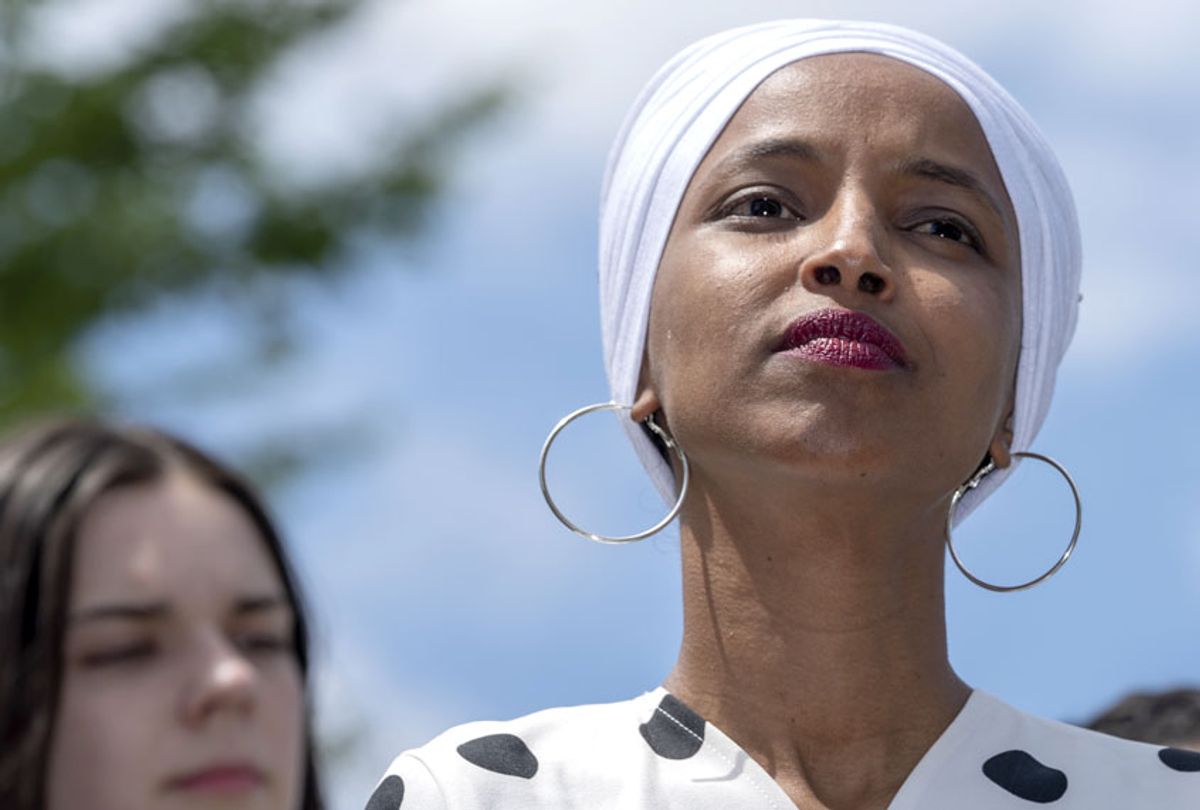 Rep. Ilhan Omar drew praise for introducing a resolution on Wednesday affirming the use of boycotts as constitutionally protected free speech and a tactic for effecting social change.

Co-sponsored by Reps. Rashida Tlaib, D-Mich., and John Lewis, D-Ga., HR 496 says that "governments and nongovernmental organizations alike have sought to criminalize, stigmatize, and delegitimize the use of boycotts in an attempt to stifle constitutionally protected political expression."

Per the text, the resolution:

The resolution from Omar — who has faced repeated criticism from Democrats and Republicans alike for noting the power of the Israel lobby — does not mention Israel, Palestine or the "boycott, divestment and sanctions" movement known as BDS.

Still, CodePink, in an email to supporters, framed the new measure as "a counterweight" to the bipartisan HR 246, a pending measure that seeks to oppose "efforts to delegitimize the state of Israel and the global boycott, divestment, and sanctions movement targeting Israel."

Strikingly, while Lewis is a co-sponsor of HR 246, Tlaib and other critics of the anti-BDS proposal have called it "unconstitutional."

Lewis' co-sponsorship of the new HR.496, CodePink said in its email, is one "of the most incredible aspects of this resolution." The group noted that he's "a long-time civil rights leader and 32-year-long congressmember known for his strong support for Israel."

As such, the group said, having Lewis as part of the resolution making clear the right to engage in political boycotts "sends a clear and direct statement that the right to boycott must be protected, regardless of one's position on the Israeli/Palestinian conflict. This is a game-changer!"

The BDS National Committee also made the connection to the measure's broad affirmation of the right to boycott and how it affects the BDS activists.

"This groundbreaking resolution will inspire human rights defenders everywhere, including BDS activists for Palestinian rights," said Bind Awwad on behalf of the movement, adding that it provides reassurance "that progressives, including in Congress, are defending freedom of expression and the right of oppressed communities, including Palestinian, to peacefully fight for their rights."