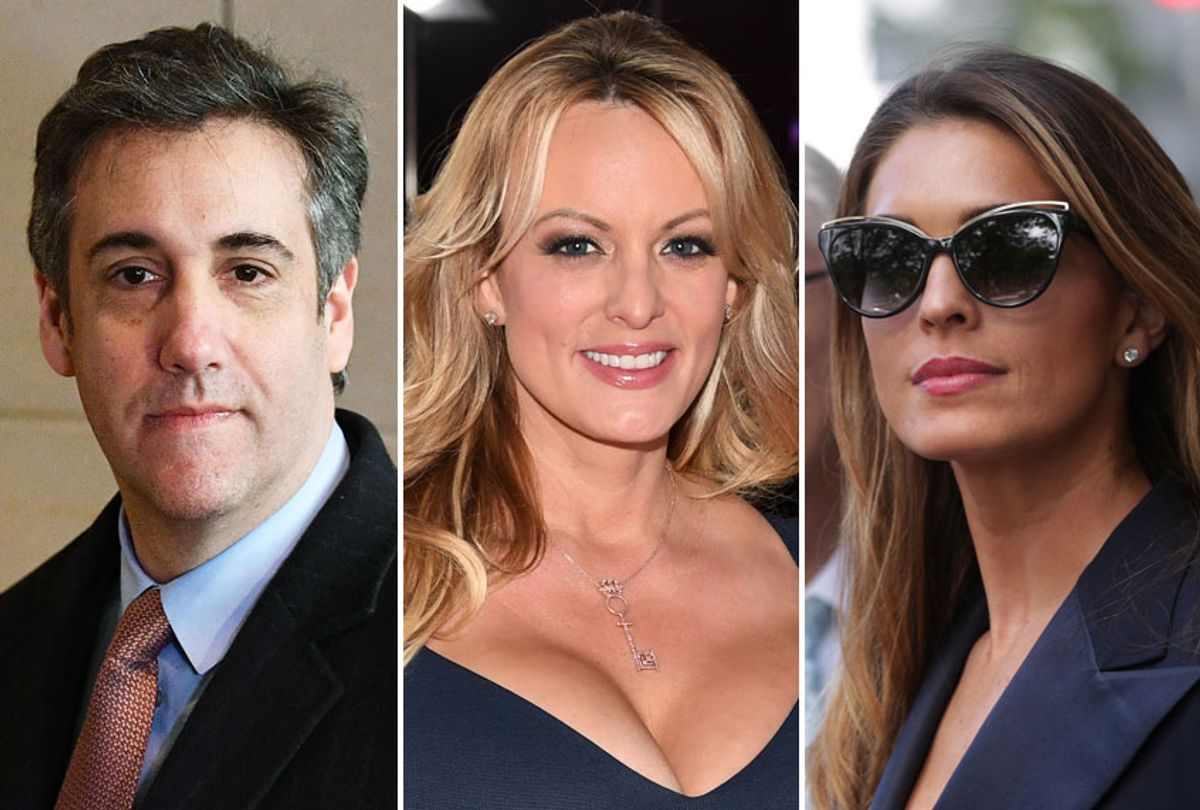 Documents unsealed in the investigation into longtime former Trump fixer Michael Cohen Thursday showed that the FBI believed both Hicks and Trump were closely involved in the plan to pay Daniels to stay silent about her alleged affair with Donald Trump.

The documents detailed a “series of calls, text messages, and emails” between Cohen, Trump, Hicks, Daniels’ attorney and then-National Enquirer chief David Pecker after the release of the “Access Hollywood” video in which Trump was heard bragging about assaulting women.

“Based on the timing of these calls, and the content of the text messages and emails, I believe that at least some of these communications concerned the need to prevent Clifford from going public, particularly in the wake of the Access Hollywood story,” an FBI agent investigating the case wrote in the unsealed documents. ["Clifford" refers to Stephanie Clifford, Stormy Daniels' legal name.]

However, Hicks repeatedly denied to the Judiciary Committee last month that she knew anything about Stormy Daniels before reporters got wind of the story.

Hicks said “no” when Rep. Sheila Jackson Lee, D-Texas, asked her multiple times if she was present when Trump and Cohen discussed the hush-money payment, and denied that she was aware of any “hush payment agreement.”

"Again, I had no knowledge of Stormy Daniels other than to say she was going to be mentioned in the story amongst people that were shopping stories around," Hicks testified. "There were no specifics offered by the reporter, and I didn't have any other information other than what was being relayed to me by the reporter."

She said that she denied the affair in a statement to the press in 2016 because “that was the response that was dictated to me."

Hicks on Thursday denied that she lied to Congress after the release of the documents, insisting to CNN that the calls were only regarding the “Access Hollywood” tape.

"He was clearly motivated to do something that I wasn't aware of," Hicks said. "Nothing contradicts what I've said."

But according to the FBI, Cohen called American Media, the parent company of the National Enquirer, right after his first call with Hicks and Trump. After that call, he called Hicks back and then took another call from Pecker, the CEO of American Media, who prosecutors previously said played a key role in the effort to silence Daniels. Cohen later spoke to Pecker again on the day he wired $130,000 that would eventually be sent to Daniels for her silence.

The documents unsealed Thursday said the FBI questioned Hicks about her involvement.

The House Judiciary Committee called on Hicks to “clarify” her responses to the panel after the documents showed her testimony was “inconsistent with evidence” unsealed Thursday.

“As I reminded you at the outset of your interview, anything other than complete candor can have very serious consequences,” wrote Judiciary Committee chair Rep. Jerry Nadler, D-N.Y. After listing numerous dubious responses that Hicks gave to the committee, Nadler wrote, “the evidence unsealed this morning … raises substantial questions about the accuracy of each of those statements.”