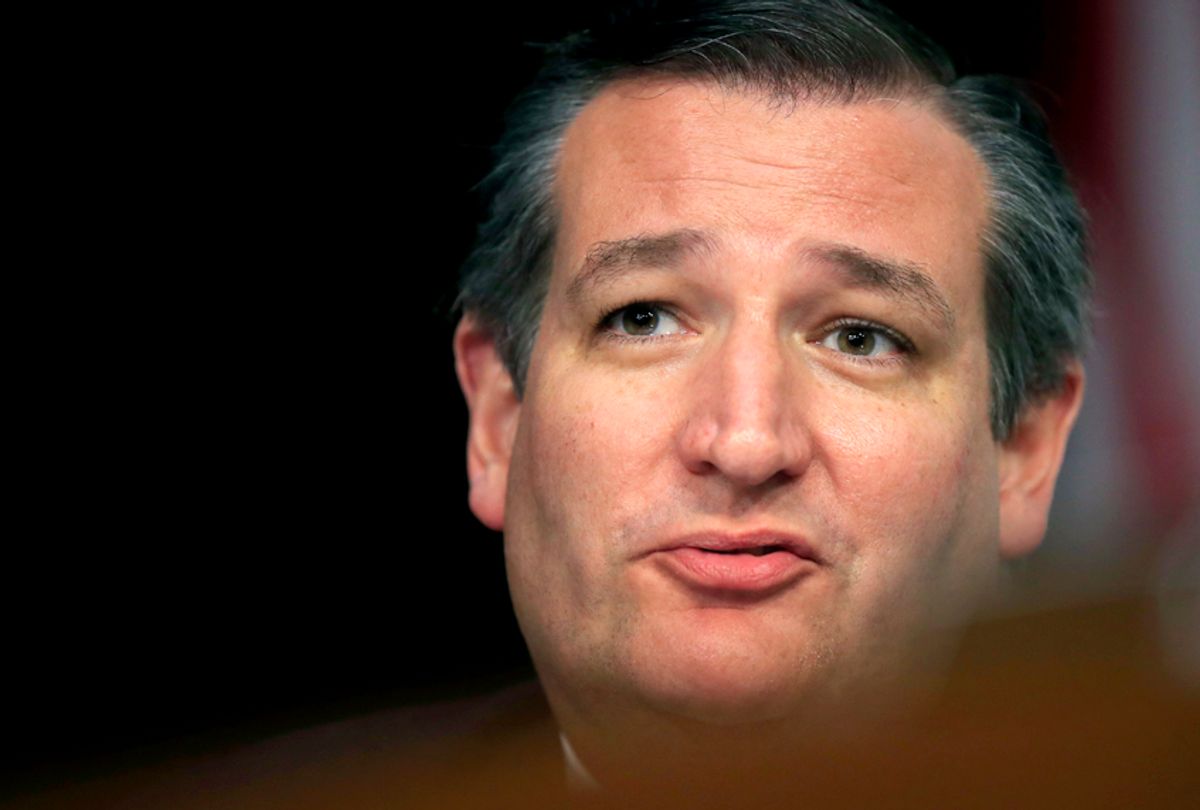 Last week, Republican Sens. Bill Cassidy of Louisiana and Ted Cruz  of Texas introduced a resolution to designate "antifa," which the Anti-Defamation League defines as "a loose collection of groups, networks, and individuals who believe in active, aggressive opposition to far right-wing movements," as a "domestic terrorist organization."

In fact, antifa is a constellation of many different activist groupings, with no official leader or clear hierarchy. As the New York Times has noted, its membership count is "impossible to know." That didn't stop the two Republican senators from claiming that “Antifa are terrorists, violent masked bullies who ‘fight fascism’ with actual fascism, protected by Liberal privilege."

Antifa, short for "anti-fascist," traces its ideological roots to 1920s and 1930s Germany and supposes that if people had opposed the Nazi Party more aggressively, Adolf Hitler might never have come to power. The ADL reports that many people who act within antifa are anarchist or very left-wing, but that "since Trump’s election, some people with more mainstream political backgrounds have also joined their ranks."

In their resolution, Cruz and Cassidy reference the "violent demonstrations" on June 29 in Portland, Oregon, where writer right-wing Alex Ngo was assaulted while covering an antifa protest against the "far-right nationalist" group known as the Proud Boys.

After the incident, Cruz called for a federal criminal investigation of Portland Mayor Ted Wheeler, a Democrat who is also the police commissioner of the city.

Cruz and Cassidy also point to antifa activists occupying the areas outside of Immigration and Customs Enforcement offices, as well as posting the personal information of ICE officials online.

But the Republican senators' resolution is little more than a political stunt.

Cruz and Cassidy's resolution, which is entirely non-binding, won't actually change U.S. law — because there is no existing law to change. The Patriot Act defines domestic terrorism as criminal activity that appears intended to “intimidate or coerce” civilians or influence government policy using violent methods. But, domestic terrorism is not a specific crime under U.S. law. Labeling a group as domestic terrorists give federal law enforcement broader powers to conduct investigations of other crimes, but does not itself define any criminal activities. criminal make. Furthermore, since antifa isn't a singular group, as mentioned above, its definition under this resolution is unclear.

Some outlets have thought it worthy to equate the confrontational tactics of antifa to political violence on the far-right. But as the ADL has pointed out, "To date, there have been no Antifa related murders," yet "right-wing extremists" have " murdered hundreds of people in this country over the last ten years alone."

Just last week, James Alex Fields Jr., an avowed neo-Nazi, was sentenced to life in prison plus 419 years for the violent assault he committed during the 2017 Unite the Right rally in Charlottesville, Virginia. Fields deliberately drove his car into a crowd of counter-protesters, killing Heather Heyer and injuring several others.

Free speech activists have expressed concerns that the Cruz-Cassidy resolution could set a precedent for more groups to be labeled domestic terrorist organizations.  As National Observer reporter Caroline Orr noted, Cruz's resolution uses the terms "antifa" and "left-wing activists" interchangeably. Most dangerously, it suggests that all manner of dissent could be considered terrorism.

Cruz's move looks to be a transparent attempt to saddle congressional Democrats with a divisive political debate, declaring themselves either against antifa or in support of it, invariably alienating some of the party's supporters ahead of a critical presidential election.