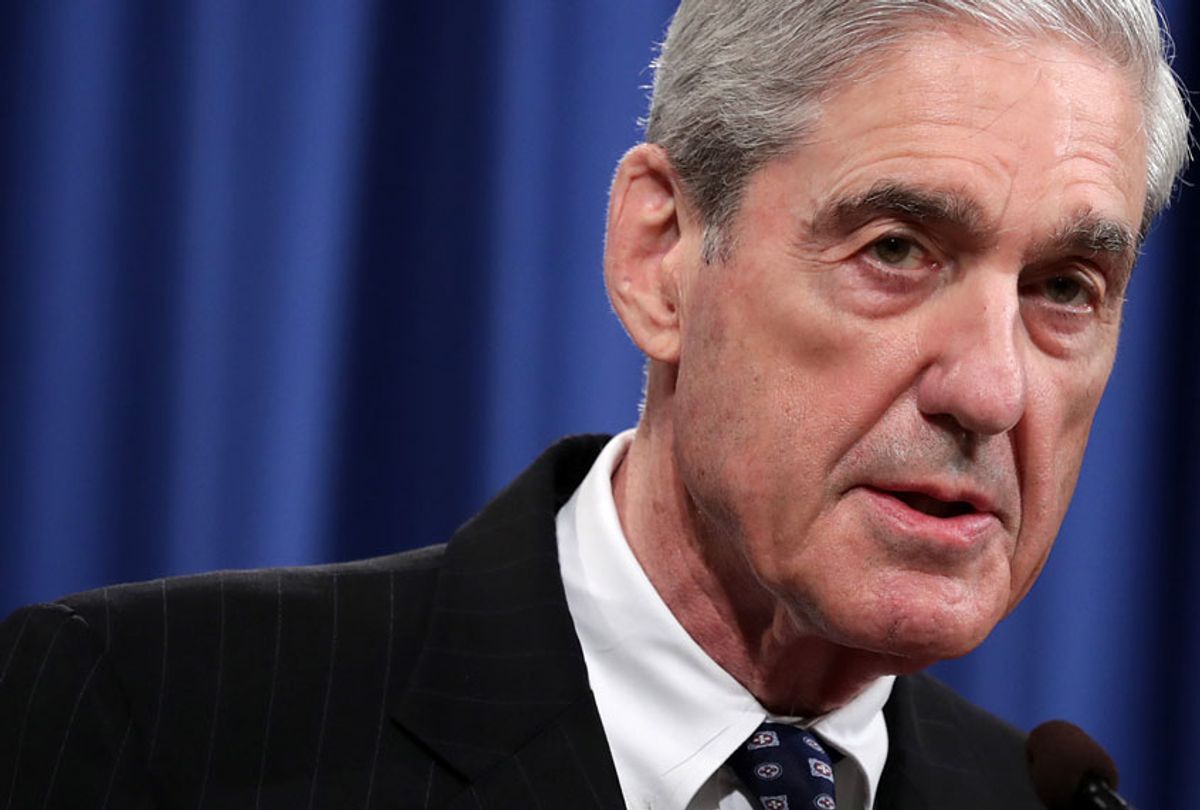 Mueller steadfastly refused to touch questions about impeachment, but he refuted President Donald Trump’s claims about exoneration — and confirmed he would likely have been charged with crimes if he were not president.

1. Trump has repeatedly claimed Mueller’s report found no evidence of obstruction of justice and completely exonerated him, but the former special counsel told committee chairman Jerry Nadler (D-NY) that was inaccurate.

“Correct,” Mueller told the chairman, “that is not what the report said.”

2. Rep. Cedric Richmond (D-LA) asked Mueller whether the president tried to protect himself by ordering staff to falsify records, and the former special counsel agreed, and Mueller also agreed those actions were intended to hamper the investigation.

“I believe that to be true,” Mueller said.

3. Mueller told Rep. Sheila Jackson Lee (D-TX) that his report found “sufficient factual and legal basis” to continue an investigation of the president for obstruction of justice, although he declined to elaborate how that should play out.

4. One of the most surprising moments was the own-goal scored by Rep. Ken Buck (R-CO), who pressed Mueller to explain why he did not reach a conclusion on whether Trump had obstructed justice and accidentally set up one of the hearing’s biggest bombshells.

“Could you charge the president with a crime after he left office?” Buck asked.

“You believe that he committed — you could charge the President of the United States with obstruction of justice after he left office?” Buck continued.

5. Rep. Ted Lieu (D-CA) delivered one of the other most significant moments from the hearing, when he asked Mueller to confirm that the only reason Trump was not indicted was because that is prohibited by an opinion issued by the Office of Legal Counsel.

“That is correct,” Mueller agreed.

6. Mueller generally did not push back against Republican attacks on his own credibility, but he strongly disagreed with Rep. Kelly Armstrong (R-ND) accusing his team of political bias.

“We strove to hire those individuals that could do the job,” Mueller said. “I’ve been in this business for almost 25 years, and in those 25 years, I have not had occasion once to ask somebody about their political affiliation. It is not done. What I care about is the capability of the individual to do the job and do the job quickly and seriously and with integrity.”