"Nine seems to be a good number," the liberal justice says in a new interview. "It's been that way for a long time" 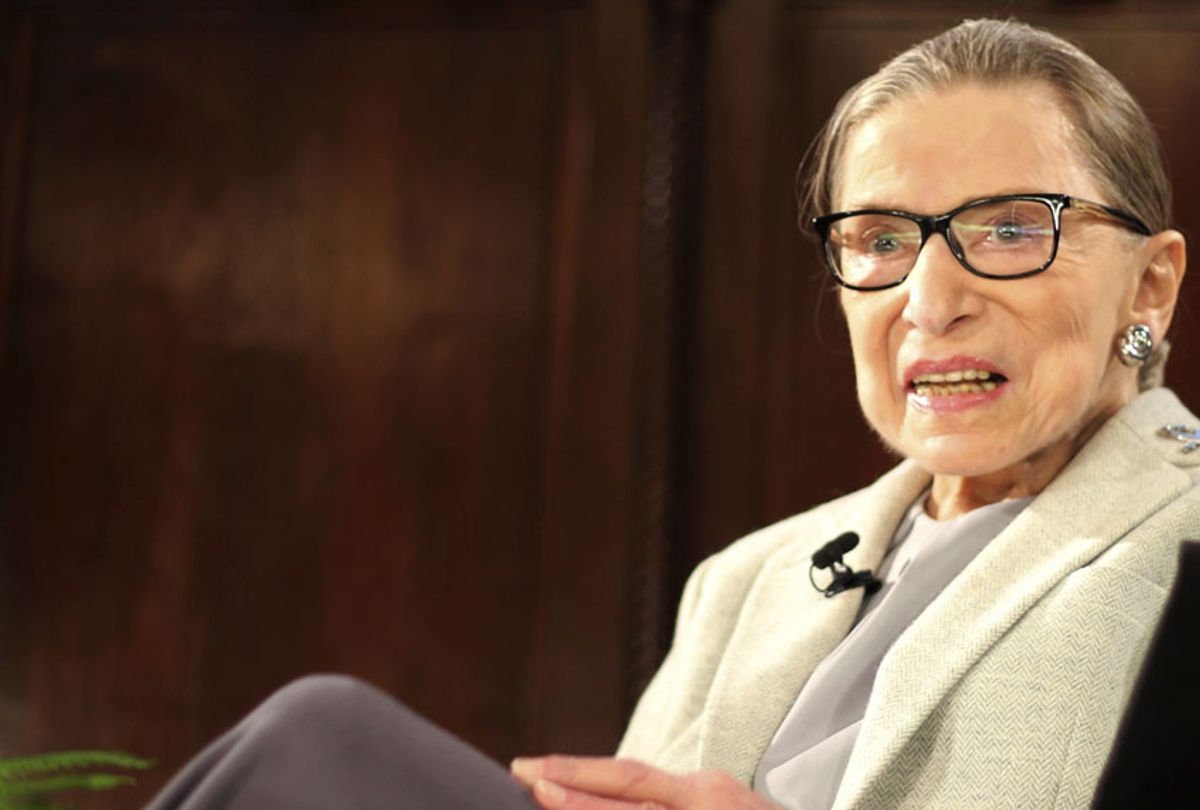 Supreme Court Justice Ruth Bader Ginsburg said on Tuesday that she does not think court packing — that is, increasing the number of Supreme Court judges above the current threshold of nine — is a good idea.

"Nine seems to be a good number. It's been that way for a long time. I think it was a bad idea when President Franklin Roosevelt tried to pack the court," Ginsburg said when discussing the idea of increasing the number of high court judges with NPR.

Ginsburg's comment about Roosevelt referred to the his controversial 1937 attempt to add six new judges to the Supreme Court as a way of countering the bench's conservative majority, which repeatedly strike down legislation related to his cornerstone New Deal program. The resulting blowback severely damaged his credibility as president, although he was still able to be re-elected in both 1940 and 1944.

"If anything would make the court look partisan, it would be that — one side saying, 'When we're in power, we're going to enlarge the number of judges, so we would have more people who would vote the way we want them to,'" Ginsburg said.

"We are blessed in the way no other judiciary in the world is: We have life tenure. The only way to get rid of a federal judge is by impeachment. Congress can't retaliate by reducing our salary," she continued. "So the safeguards for judicial independence in this country, I think, are as great or greater than anyplace else in the world."

As a result, she said a move which would make the court seem overly partisan could damage its credibility and, consequently, the overall authority of the judicial branch.

"The court has no troops at its command, doesn't have the power of the purse," Ginsburg said. "And yet, time and again, when the courts say something, people accept it."

The argument for packing the court, which has emerged a hot-button issue on the 2020 campaign trail, is rooted in Democratic frustration with the nomination of Merrick Garland to serve as an associate justice on the Supreme Court. Although President Barack Obama was vested with the constitutionally-mandated authority to nominate a replacement for the late Justice Antonin Scalia, Republicans under Senate Majority Leader Mitch McConnell refused to consider his nominee. Instead, they waited until President Donald Trump took office before confirming Neil Gorsuch. There is also looming criticism that Brett Kavanaugh's confirmation was rushed through amid multiple allegations of sexual misconduct.

While traditionally there have usually been nine judges on the bench, the U.S. Constitution does not impose a precise limit. There have been as few as five and as many as 10 judges on America's most powerful bench at various times in history.

One of the most prominent Democrats to support the idea of court packing is Democratic presidential nominee Pete Buttigieg.

"The reform of not just expanding the number of members but doing it in a way where some of them are selected on a consensus, nonpartisan basis. It’s a very promising way to do it," Buttigieg told NBC News last month. "There may be others. But the point is: We've got to get out of where we are now, where any time there is an opening, there is an apocalyptic, ideological firefight. It harms the court, it harms the country and it leads to outcomes like we have right now."

Ginsburg also told NPR that liberals who are worried she may pass away due to pancreatic cancer, thus providing Trump with another Supreme Court pick should not be concerned.

"There was a senator, I think it was after my pancreatic cancer, who announced with great glee that I was going to be dead within six months," Ginsburg told NPR with a smile. "That senator, whose name I have forgotten, is now himself dead, and I am very much alive."