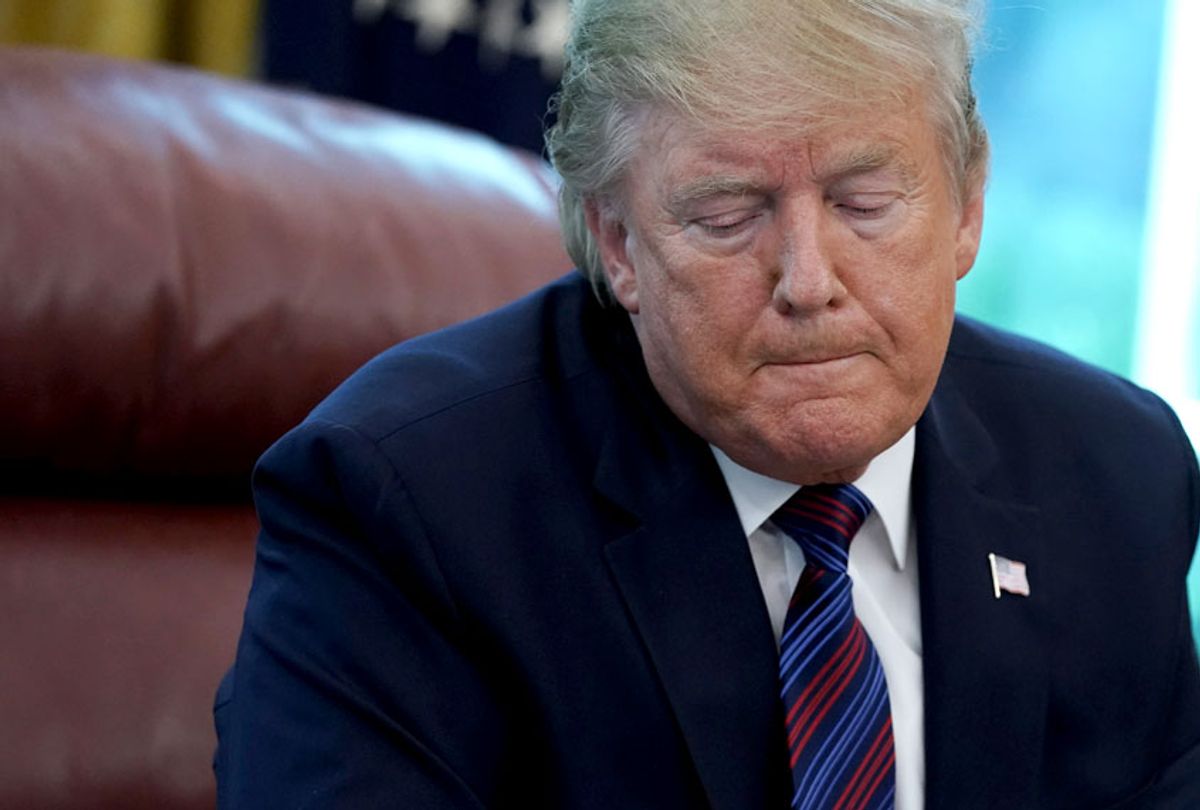 Twelve Democrats in the House of Representatives have joined more than 90 others in the lower chamber in calling for an impeachment inquiry against President Donald Trump in the wake of former special counsel Robert Mueller's testimony.

A total of 104 House Democrats have expressed public support for impeaching Trump following the Mueller inquiry, as has independent Rep. Justin Amash of Michigan who has since left the Republican Party, according to NBC News.

The list includes 14 of the 24 Democrats who serve on the House Judiciary Committee, which would initiate any such proceedings, as well as seven committee chairs — Rep. Raul Grijalva of Arizona from the Natural Resources Committee, Jim McGovern of Massachusetts from the Rules Committee, Adam Smith of Washington from the Armed Services Committee, Bennie Thompson of Mississippi from the Homeland Security Committee, Nydia Velazquez of New York from the Small Business Committee, Maxine Waters of California from the Financial Services Committee and John Yarmuth of Kentucky from the Budget Committee.

During an interview with CNN's Jake Tapper on Sunday, House Judiciary Committee Chairman Jerrold Nadler of New York said that while he personally believes Trump should be impeached, he has only moved so far as to open an investigation into possible impeachment.

"My personal view is that he richly deserves impeachment. He has done many impeachable offenses. He has violated the laws six ways through Sundays. But that's not the question. The question is: Can we develop enough evidence to put before the American people?" Nadler told Tapper.

When Tapper asked Nadler if the New York congressman was trying to have it both ways by calling for an investigation into possible impeachment yet not calling for actual impeachment, the committee chairman insisted that was not the case.

"No, we're not trying to have it both ways. We've said exactly what we are doing. We are investigating the question of — We're investigating the corruptions of the administration, the abuses of power, what Mueller showed, the possible violations of the emoluments clause," Nadler told Tapper. "All the things that might cause us to recommend articles of impeachment. There are articles of impeachment that have been recommended to the committee, and we are investigating and determining whether we should report those articles to the House. That's exactly what we're doing, and we're going to court to get more evidence."

Schiff: Apart from the Russians wanting to help Trump win, several individuals associated with the Trump campaign were also trying to make money during the campaign and transition. Is that correct?

Mueller: That is true.

Schiff: Paul Manafort was trying to make money or achieve debt forgiveness from a Russian oligarch?

Mueller: Generally, that is accurate.

Schiff: Michael Flynn was trying to make money from Turkey.

Schiff: Donald Trump was trying to make millions from a real estate deal in Moscow.

Mueller: To the extent you're talking about the hotel in Moscow?

Schiff: When your investigation looked into these matters, numerous Trump associates lied to your team, the grand jury and to Congress?

Mueller: A number of persons that we interviewed in our investigation, it turns out, did lie.

Mueller: He was convicted of lying, yes.

Schiff: Paul Manafort, in fact, went so far as to encourage other people to lie.

Mueller: That is accurate.

Mueller: That is accurate.

Schiff: Michael Cohen, the president's lawyer, was indicted for lying?

Schiff: He lied to stay on message with the president?

Mueller: Allegedly, by him.

Schiff: And when Donald Trump called your investigation a witch hunt, that was also false, was it not?