Nadler: Mueller "broke the lie" that Trump had been exonerated 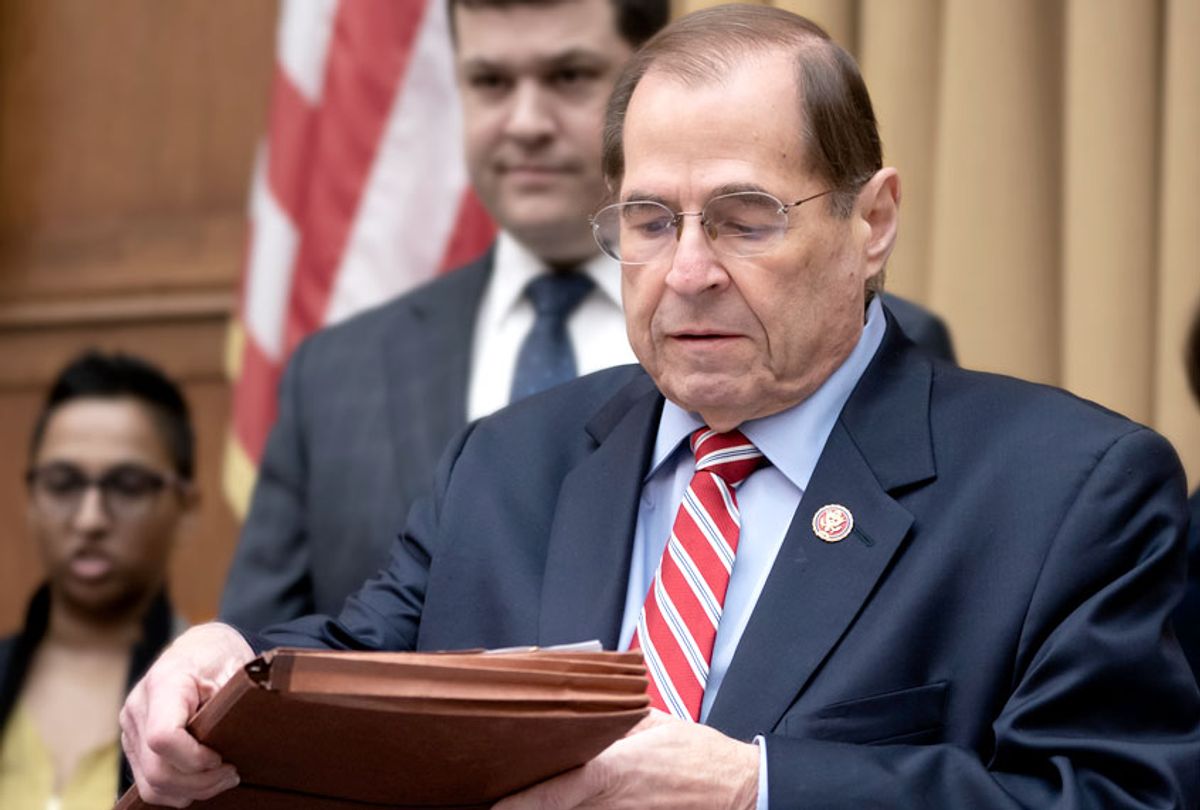 "Since his report was issued, the attorney general and the president have misrepresented that report, lied to the American people about it, said that the report said — found no collusion, no obstruction and totally exonerated the president," Nadler told "This Week" host George Stephanopoulos. "Now, all those three statements are lies. It was very important for Mueller to get up there and say just that and to say the report found that the Russians — remember the heart of this — the Russians attacked our election and tried to influence our election to help elect Trump."

Nadler also appeared on CNN's "State of the Union," where host Jake Tapper asked if he was trying to have it both ways by simultaneously investigating possible impeachment but not yet opening a formal inquiry.

"No, we're not trying to have it both ways," Nadler told Tapper. "We've said exactly what we are doing. We are investigating the question of — We're investigating the corruptions of the administration, the abuses of power, what Mueller showed. The possible violations of the emoluments clause. All the things that might cause us to recommend articles of impeachment. There are articles of impeachment that have been recommended to the committee, and we are investigating and determining whether we should report those articles to the House. That's exactly what we're doing. And we're going to court to get more evidence."

After Tapper asked about Nadler's personal views on impeachment, the New York congressman said that as an individual he believes that Trump has indeed committed impeachable offenses.

"My personal view is that he richly deserves impeachment. He has done many impeachable offenses. He has violated the laws six ways through Sundays. But that's not the question. The question is, can we develop enough evidence to put before the American people?" Nadler told Tapper.

While it is unclear if the president will be impeached, Mueller left no doubt that Trump could be charged with a crime after he leaves office.

"Could you charge the president with a crime after he left office?" Rep. Ken Buck, R-Colo., asked Mueller during the hearing last week.

"You believe that he committed — you could charge the President of the United States with obstruction of justice after he left office?" Buck asked.