Rush Limbaugh defends Trump on "Fox & Friends": "The president is not a racist"

Limbaugh has a history of racist comments, including when he promoted a birther conspiracy about Kamala Harris 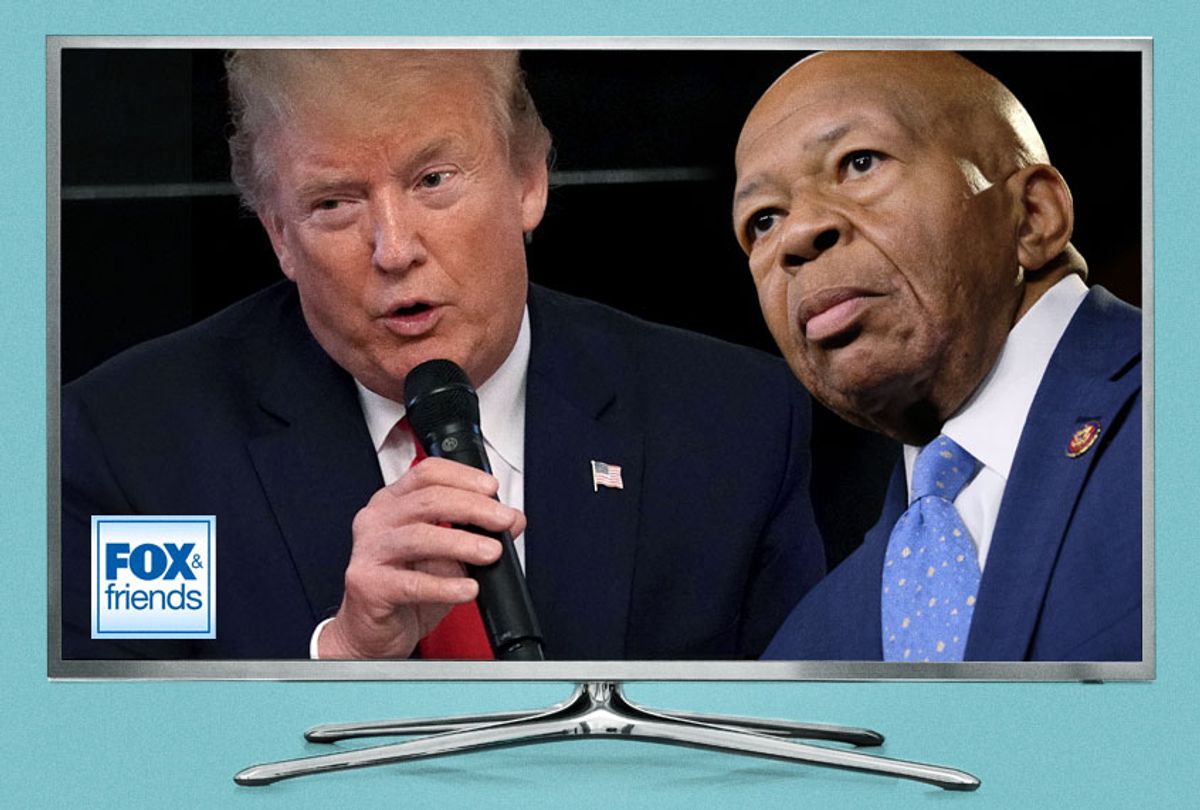 Right-wing radio host Rush Limbaugh joined the cast of "Fox & Friends" to defend President Donald Trump after the commander-in-chief fired off a flurry of racist tweets over the weekend.

"But I want to tell you right up front: The president is not a racist. He didn't say anything racist," Limbaugh continued. "He didn't call anybody — well, he called (Rep. Elijah Cummings, D-Md.) a racist after Cummings reacted."

Limbaugh then proceeded to rattle off the names of cities such as Detroit, Flint, Los Angeles and San Francisco, making the unsubstantiated claim that their homelessness problem was the result of Democratic leadership.

"Wherever you find this decadent decay, you're going to find Democrats having run the operation — or the city, the state, whatever it is, the county — for decades," Limbaugh continued. "And Democrats have this magic bullet that is, or this magic boundary that they are the ones who own compassion. They care and love people. They care about it, so you're not allowed to criticize them."

Limbaugh himself has a history of racist comments, including when he promoted the birther conspiracy claiming that Sen. Kamala Harris, D-Calif., is not really African-American earlier this month.

"And by the way, can somebody explain to me how Kamala Harris is an African-American?" Limbaugh said during his radio program. "Her father is Jamaican and her mother is Indian. How does that equal African-American? Same thing with Barack Obama. Obama's not African-American, he doesn't have any history here [inaudible] any of that stuff."

"Fox & Friends" co-host Steve Doocy also argued, as have other conservative media outlets, that Trump's comments about Baltimore were no different than those made by Sen. Bernie Sanders, I-Vt., when he ran for president during the 2016 election cycle.

"Right. The president is a racist. Just watch . . . Well since then, there have been a number of news articles that have pointed out that, 'Wait a minute, people have criticized Baltimore in the past, and it was not regarded as racist," the Fox News host said, before tossing to a clip of Sanders during a 2015 rally.

During that event, Sanders told reporters that "anyone who took the walk that we took around this neighborhood would not think you’re in a wealthy nation. You would think that you were in a Third World country."

Over the weekend, the president tweeted that Cummings, who is an icon of the civil rights movement, "has been a brutal bully, shouting and screaming at the great men & women of Border Patrol about conditions at the Southern Border, when actually his Baltimore district is FAR WORSE and more dangerous. His district is considered the Worst in the USA. As proven last week during a Congressional tour, the Border is clean, efficient & well run, just very crowded. Cumming District is a disgusting, rat and rodent infested mess. If he spent more time in Baltimore, maybe he could help clean up this very dangerous & filthy place."