"I hear your concerns, and we can and must do better," Chairwoman Cheri Bustos says in a statement 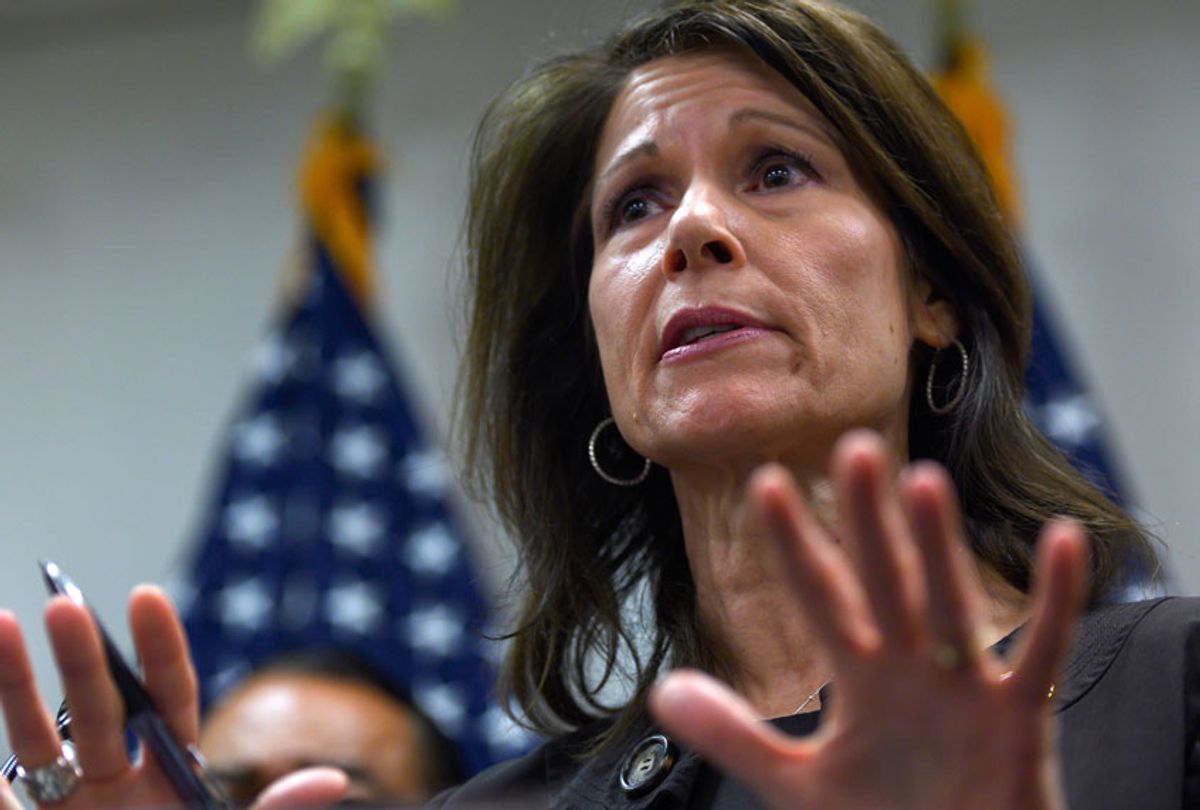 The Democratic Congressional Campaign Committee experienced a major staff shakeup Monday following allegations of a lack of diversity in its leadership.

In addition to controversy surrounding diversity, Chairwoman Cheri Bustos is under fire over accusations that she made contradictory promises to different factions of the Democratic Party in the House of Representatives which she has subsequently been unable to keep.

"It’s the Monday Night Massacre at DCCC. Cheri campaigned as all things to all people, telling Blue Dogs one thing, telling progressives another," an anonymous Democratic lawmaker told The Hill. "So inevitably once in office she would disappoint them."

Another lawmaker expressed frustration at the situation, telling The Hill that "the idea of all DCCC staff sitting around for hours on Friday and again today to talk about this internal sh*t enrages me. Shut the f*ck up about your feelings — and just focus on winning."

Bustos offered an apology Monday night, in which she accepted responsibility for the issues facing the DCCC and pledged to "do better" in the future.

"Today has been a sobering day filled with tough conversations that too often we avoid, but I can say confidently that we are taking the first steps toward putting the DCCC back on path to protect and expand our majority with a staff that truly reflects the diversity of our Democratic caucus and our party," Bustos said in a statement to the Washington Post.

"Today, I recognize that, at times, I have fallen short in leading these talented individuals," Bustos added. "To my colleagues, who I have the upmost respect for, I hear your concerns, and we can and must do better."

Last week, Politico reported that a number of non-white House Democrats were frustrated by what they perceived as a lack of diversity in DCCC leadership, as well as what they complained was a general tone deafness about matters of concern to minorities.

"There is not one person of color — black or brown, that I’m aware of — at any position of authority or decision-making in the DCCC. It is shocking," Rep. Marcia Fudge, D-Ohio, told the outlet. "It is shocking, and something needs to be done about it."

She added that she was unwilling to meet with Bustos because "until they show me they are serious about diversity, there’s no reason for me to meet with them."

Rep. Raúl Grijalva, D-Ariz., expressed similar thoughts about the lack of diversity in the DCCC.

"The overall plan for Latino outreach seems to be some 1980s playbook, which doesn't work anymore," Grijalva told Politico.

Smith responded to the criticisms by arguing they would only serve to help President Donald Trump.

"Anyone seeking to divide our party and stoke infighting between Democrats at a time when Donald Trump is in the White House is undermining our ability to protect the majority," Smith said at the time.