Christian author Joshua Harris is sorry for the damage he did. Now what?

Purity culture advocate Joshua Harris has kissed his old harmful beliefs goodbye. What is his apology worth? 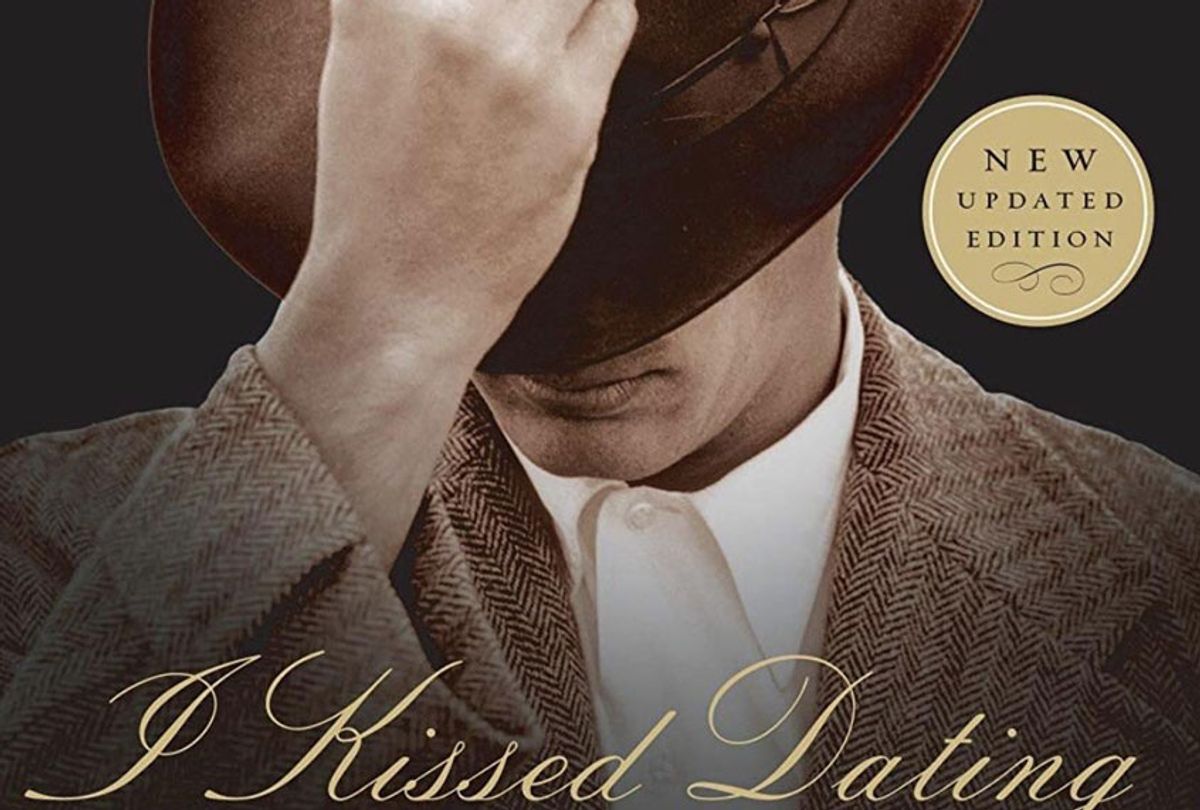 Last weekend, Joshua Harris, the megachurch pastor and author of several Christian relationship books, posted a lengthy note on Instagram in which he apologized to the LGBTQ community and said that he is “not a Christian” any longer.

“I have lived in repentance for the past several years — repenting of my self-righteousness, my fear-based approach to life, the teaching of my books, my views of women in the church, and my approach to parenting to name a few,” Harris wrote. “But I specifically want to add to this list now: to the LGBTQ+ community, I want to say that I am sorry for the views that I taught in my books and as a pastor regarding sexuality.”

He continued: “I regret standing against marriage equality, for not affirming your place in the church, and for any ways that my writing and speaking contributed to a culture of exclusion and bigotry.”

This post comes about a week after Harris, formerly the lead pastor at a megachurch in Maryland outside of Washington, D.C.,  announced that he and his wife, Shannon Harris, are divorcing. This news came as something of a bombshell in the conservative Christian community considering the career Harris had built on his books “I Kissed Dating Goodbye” and “Boy Meets Girl: Say Hello to Courtship.”

Harris wrote both books — which emphasize the idea of courting with the intention of marriage, as opposed to casual dating — when he was in his early 20s. They both held the idea that the best way to preserve one’s purity was to stop dating altogether. “Dating was a game,” Harris wrote then. “It hurt people and it was practice for divorce and a distraction from preparing for life.”

The books also introduced some concepts, like abstaining from all physical touch before marriage and the idea of “giving one’s heart away,” that hold no real scriptural basis.

In late 2018, Harris announced that he had spoken to his publisher, and they agreed that the bestselling books would no longer be reprinted.

“In trying to warn people of the potential pitfalls of dating, instead it often instilled fear — fear of making mistakes or having their heart broken,” he wrote.

But not before the damage was done. “I Kissed Dating Goodbye” and its sequel shaped the relationships of an entire generation of young Christians, and not necessarily for the better. Its reductive views on gender — that women had both the capacity to sin and the primary responsibility to keep men from sinning — left many women feeling like they weren’t worthy of love or that they were “damaged goods.”

There are currently several movements — namely, “Exvangelicals” and #EmptyThePews — populated by young adults who were raised in Evangelical traditions and who are reckoning with the pain and feelings of worthlessness that were instilled in them by religious leaders like Harris.

Harris found his audience at the height of the Christian purity movement of the '90s. Rings, pledges and balls — where girls wore white and were escorted by their fathers — were all popular ways to demonstrate one’s commitment to abstinence. Youth groups passed out copies of Harris’ books and, as Shari Smith of the Christian Post wrote, “church leaders use it as a religious text akin to Scripture itself.” Pastors employed visual aids to caution against premarital sex; mine glued together two pieces of flimsy tissue paper — one red, one white — rubbed them together vigorously and pulled them apart. The pieces were shredded, worthless and irreparably damaged. The message was something like, “This is your soul, and this is your soul on sex.” In Harris’ eyes, God was a transactional deity; you give him your purity, he gives you the ideal spouse.

With Harris’ public announcement in 2018 that he would be discontinuing the publication of his books, he also released a documentary, “I Survived I Kissed Dating Goodbye,” a sort of mea culpa in which Harris spoke with people who had been directly hurt by his teachings.

In one particularly painful interview, a woman talked about a family in her homeschool community where a girl was raped by her own brother; worried they would be called out for “impurity,” her parents covered it up.

Fear of perceived impropriety — and the idea inherent in teachings like Harris’ that women are responsible for men’s sexual urges — has long contributed to systemic cover-ups of abuse within the Christian sects. For almost two decades, the Catholic Church has dealt with its own heavily-publicized sexual abuse scandals. And last June, I wrote about how the Southern Baptist Convention, the world’s largest Baptist denomination with roughly 15 million members, balked for over a decade at the idea of a database of Southern Baptist clergy and staff who have been credibly accused of, personally confessed to, or legally been convicted of sexual harassment or abuse.

Last summer, Albert Mohler, president of the flagship Southern Baptist Theological Seminary, announced: “The #MeToo moment has come to American evangelicals.” Mohler's statement came days after Southwestern Baptist Theological Seminary President L. Paige Patterson — a key figure in the denomination’s resurgence and its return to conservative beliefs — was fired when the board of trustees found that he had “lied about his treatment of an alleged rape victim in 2003, and that in 2015 he tried to meet, with no other officials present, with another woman who had reported a sexual assault so he could ‘break her down,’” according to the Washington Post.

Women and sexual abuse survivors aren't the only people Harris' teachings helped to oppress or harm. In his documentary, Harris also attempted to show the consequence of the purity movement's doctrines toward the gay community in discussion with Debra Hirsch, author of “Redeeming Sex: Naked Conversations About Sexuality and Spirituality.”

“Hirsch talked about how the evangelical church is filled with animosity towards the gay community,” Shari Smith wrote in her review of the film. “This animosity can often be so extreme that it becomes a physical and visceral experience for the Christian.”

She continued: “Hirsch shared with Harris the story of a pastor she knew. This pastor shook hands with a man who had come to speak with him; some time after they had shaken hands, the man revealed to the pastor that he was gay. The pastor then excused himself because once he realized that he had shaken hands with a gay man, his body reacted: he felt physically ill and had an urge to wash his hands.”

In his books, Harris detailed a time when he felt he was “checked out” by three gay men, and responded in “anger and disgust.”

Harris has apologized multiple times for his baseless teachings and the Christian youth he left unmoored: in the public statement he issued when he announced the discontinuation of his books, in his documentary, in his divorce announcement and in his most recent post, directed at the LGBTQ community.

But what next? Without appropriate action to back them up, Harris’ words feel like too little, too late — like he accidentally lit a house on fire, watched it and the multitudes inside burn for decades, and is now fleeing the scene with an apology.

But on the other hand, does anyone actually want to see Harris as the face of a public movement that advocates for the groups — namely women and the LGBTQ community — he consciously marginalized? Due to his status as a public figure, any organization with whom he takes public action will become known as “the group Joshua Harris works with.”

In many ways, Harris’ situation mirrors that of men whose harmful acts were exposed in the #MeToo movement, and lost jobs or some measure of professional standing as a result, at least for a time. There have been many discussions about what public and professional redemptions could look like that don't involve profiting off an apology tour or burnishing a personal brand, especially when so many of women who spoke up publicly about sexual harassment and abuse, as well as those who weren't able to, lost opportunities as a result. No clear blueprint has emerged.

One thing is clear: The first step is opening up to meaningful change, rather than simply waiting out the PR storm. I think of Aziz Ansari’s recent comedy special, in which he opened with a discussion of the allegation of sexual misconduct against him that broke last year. Throughout the special, Ansari emphasizes the need for growth — both his and that of culture at large. “If you’re the same person you were ten years ago, you’re sh**ty,” he says towards the end of the special.  “Like, you’re supposed to change.”

Clearly, Harris has taken that step. He's already established that he’s not the man he was a decade ago. The question for a man like Harris, whose influence reached far beyond his own personal and professional space, is whether he now has the ability to influence the culture he helped to shape for the better, and what that would look like without essentially double-dipping on the Exvangelical trauma he helped to create in the first place.

Christianity is, in ideal terms, a religion of redemption. According to the Bible, even the worst among us have the capacity to be forgiven — but that doesn’t mean that there isn’t carnage in the wake of the newly-redeemed. In the Old Testament, King David lusts after Bathsheba. He ultimately seeks forgiveness for his sins, but not before sending armed guards to bring her to his bed and having her husband murdered. Harris has now sought forgiveness several times, but his path to true reconciliation is crowded with the masses his teachings hurt for decades.