MAGA hats are just the beginning: Inside the "brilliant and sinister" world of Trump merchandise

Much of the merchandise is meant to “validate the grievances of Trump’s base — and then, turn them into hard cash" 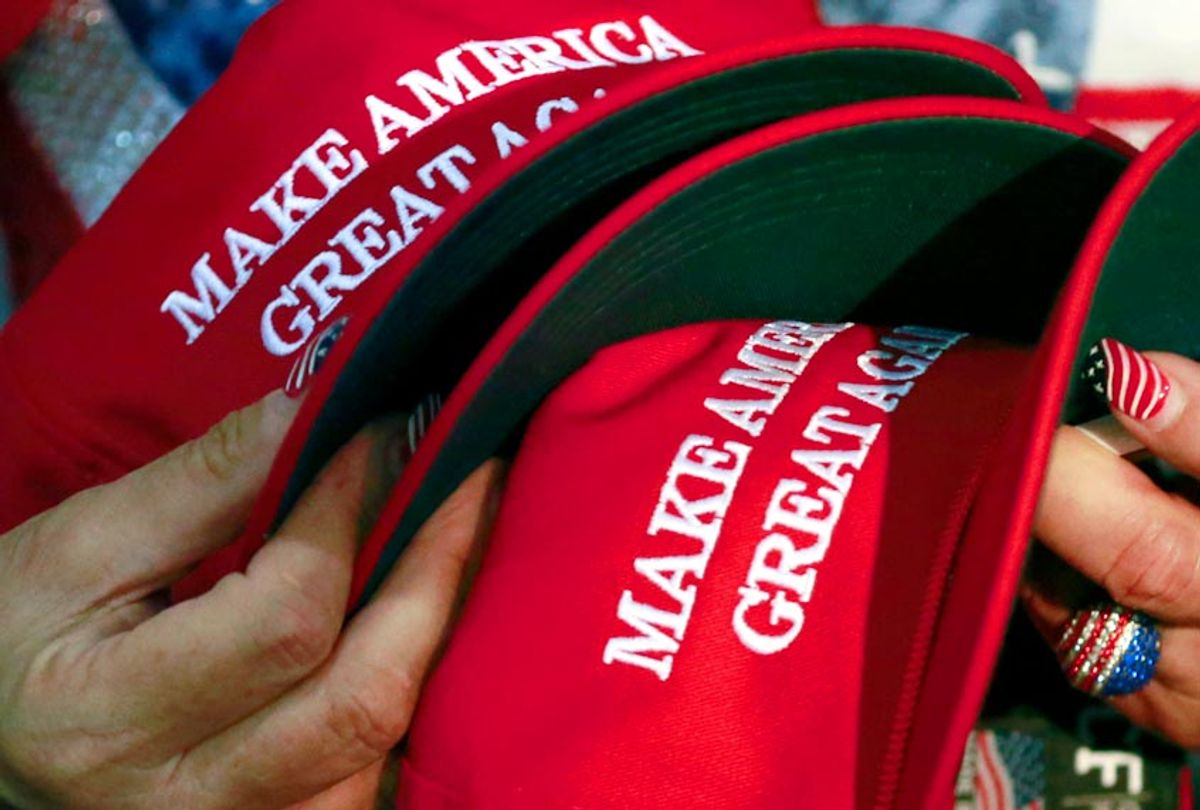 No piece of Trump campaign merchandise is more symbolic of his quest for reelection — or more infamous — than red Make America Great Again (MAGA) hats, which presently sell for $25 on his 2020 campaign website. But MAGA hats are only one of the many types of merchandise that President Donald Trump’s 2020 campaign is selling, and a report by Alex Isenstadt for Politico describes the ways in which merchandising is bringing in millions of dollars for the campaign.

Much of the merchandise, Isenstadt reports, is meant to “stoke and validate the grievances of Trump’s base — and then, turn them into hard cash.” And such items range from t-shirts mocking Rep. Adam Schiff (the California Democrat who chairs the House Intelligence Committee) as a “pencil neck” to Trump-themed plastic straws. The Trump campaign’s online store is selling the straws as a right-wing alternative to “liberal paper straws” that “don’t work,” and they’ve been profitable: Isenstadt reports that since they became available on July 19, the plastic straws (which are recyclable) have generated “more than $456,000 in sales.”

Tara McGowan, a Democratic strategist, told Politico that the Trump campaign’s ability to bring in so much money exploiting disdain for paper straws is “both brilliant and sinister.”

McGowan explained, “I think something Trump has always understood very clearly is how to tap into a cultural moment or zeitgeist and leverage it to his advantage. So for him, taking a relatively new thing in the world that most people hate and leveraging it to both make a political statement and raise (hundreds of thousands) of dollars by selling plastic straws is both brilliant and sinister.”

“It’s almost guerilla marketing,” Wilson told Politico. “What you’re seeing is the president using his bully pulpit and then, the campaign being nimble enough to capitalize on it.”