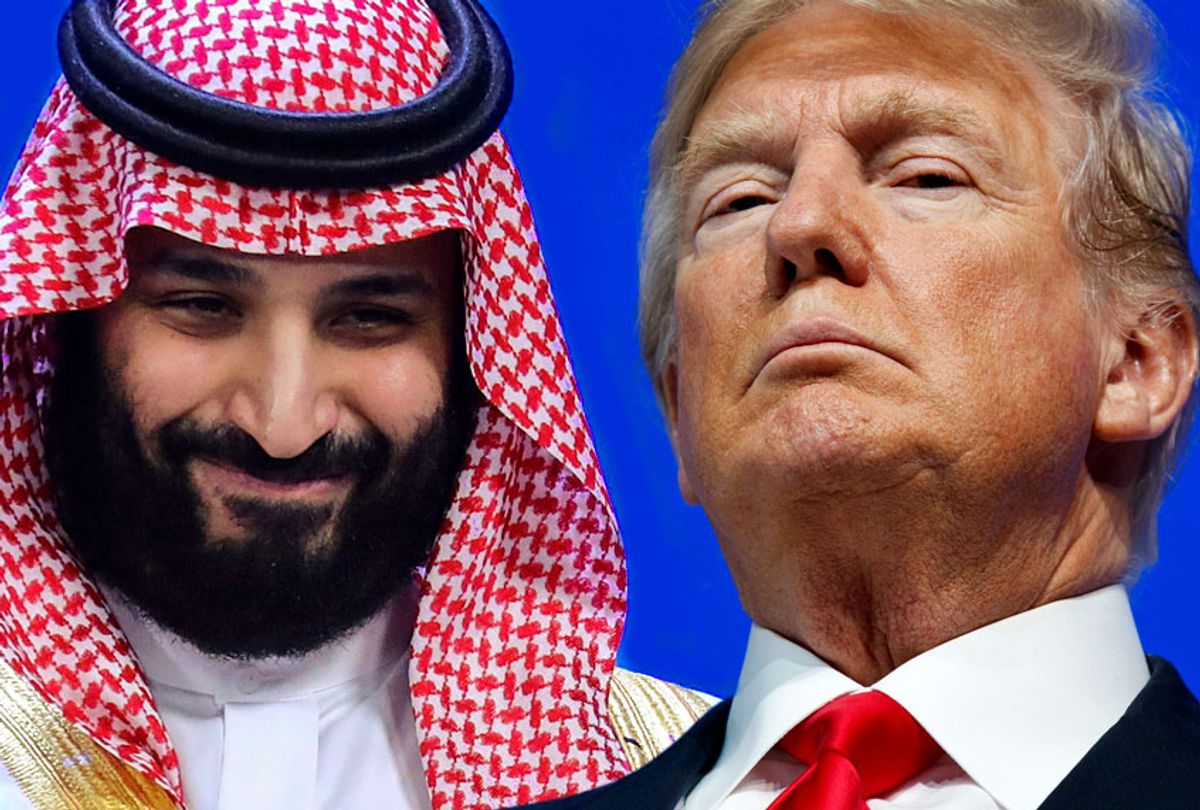 The stunning report may help explain why, in recent days, Trump has been furiously smearing Cummings with racist attacks.

“Today’s report reveals new and extensive evidence that corroborates Committee whistleblowers and exposes how corporate and foreign interests are using their unique access to advocate for the transfer of U.S. nuclear technology to Saudi Arabia,” Cummings said in a statement. “The American people deserve to know the facts about whether the White House is willing to place the potential profits of the President’s personal friends above the national security of the American people and the universal objective of preventing the spread of nuclear weapons.”

The committee found that Tom Barrack, a top Trump fundraiser and the chair of his inaugural committee, was:

1. Promoting the interests of U.S. corporations seeking to profit from the transfer of nuclear technology to Saudi Arabia

2. Advocating on behalf of foreign interests seeking to obtain this U.S. nuclear technology; and

3. Taking steps for his own company, Colony NorthStar, to profit from the same proposals he was advancing with the Administration.

All the while, he was talking with Trump about potentially joining the administration. Both he and the inaugural committee are reportedly under federal investigation for involvement in potentially illegal foreign lobbying.

The report also found that IP3, a private nuclear technology company, was pushing the administration to allow Saudi Arabia to use U.S. materials without safeguards to prevent their configuration as nuclear weapons. IP3 considered the Trump administration“an extended team member” and had “unprecedented access” to top officials, the report found. Meanwhile, others in the nuclear industry were reportedly deeply suspicious of the company, saying it was a “boondoggle” and the “Theranos of the nuclear industry.”

And it wasn’t just Barrack. The report found that Michael Flynn, Trump’s since-indicted campaign aide and national security adviser, “worked closely with companies seeking to profit from the transfer of U.S. nuclear technology to Saudi Arabia, including by serving as an advisor to IP3, as well as IP3’s predecessor company” in 2015 and 2016. And then:

"IP3 officials traveled to Saudi Arabia in December 2016—after the election and before the inauguration—to solicit a $120 million investment from then-Saudi Deputy Crown Prince MBS in exchange for a 10% stake in IP3. The documents suggest that IP3 was soliciting these funds by highlighting its close ties to General Flynn and the support of the incoming Trump Administration for IP3’s plan to transfer U.S. nuclear technology to Saudi Arabia."

Flynn has admitted to working as an undisclosed lobbyist for Turkey while pleading guilty to one count of lying to the FBI in the course of the Russia investigation.

Rep. Congressman Jim Jordan (R-OH), the ranking member on the committee, tried to downplay the findings, saying in a statement that the “evidence before the Committee to date does not show that the Trump Administration acted inappropriately in the proposed transfer of nuclear energy technology to Saudi Arabia.”

The majority of the committee saw things differently.

“Overall, the new documents obtained by the Committee reveal that, with regard to Saudi Arabia, the Trump Administration has virtually obliterated the lines normally separating government policymaking from corporate and foreign interests,” the report said. “These new documents raise serious questions about whether the White House is willing to place the potential profits of the President’s friends above the national security of the American people and the universal objective of preventing the spread of nuclear weapons.”