"Hobbs & Shaw" and the standalone spin-off: What the MCU could learn from "Fast and Furious" movies

It's a solid action comedy that may not be original, but also doesn't rely on deep franchise knowledge to work 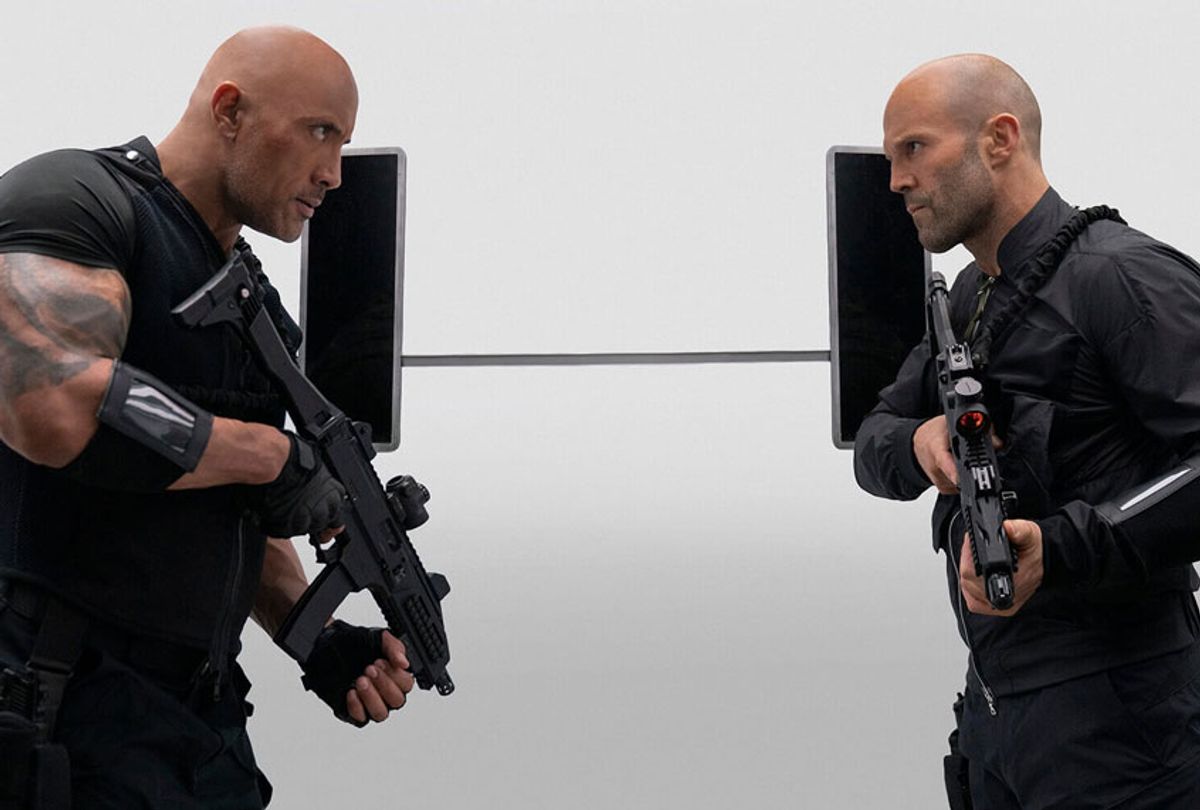 This is why the term "crowd-pleaser" exists. "Hobbs & Shaw" may not win any Oscars, but it's a thoroughly fun action comedy that delivers exactly what it promises — and if the screening I attended is any indication, kids will love it.

The story begins with Diplomatic Security Service Agent Luke Hobbs (Dwayne "The Rock" Johnson) and former British Special Forces assassin-turned-mercenary Deckard Shaw (Jason Statham) teaming up against their will to extract a synthetic and deadly virus from Shaw's sister, MI6 field agent Hattie (Vanessa Kirby), before she is captured by terrorist Brixton Lore (Idris Elba), who plans on using it to commit global genocide. Along the way Luke and Deckard need to work out their differences, as the two characters have been rivals throughout the course of the last two "Fast and Furious" movies (2015's "Furious 7" and 2017's "Fate of the Furious").

The plot that follows is formulaic and, to some degree, even derivative. There are aspects of the film that reminded me a bit too much of 2018's "Mission: Impossible — Fallout", particularly the emphasis on a perversely idealistic terrorist group and the use of helicopter-based stunts in the climactic set pieces. There was also an element of 2000's "Mission: Impossible 2" in the premise of a heroine injecting herself as the dormant carrier of a terrifying virus in order to prevent it from falling into the wrong hands.

Yet these are minor quibbles in the grand scheme of things, since "Hobbs & Shaw" isn't meant to have an original story and the elements of "Hobbs & Shaw" that work are really, really effective.

Foremost among them is the chemistry between the two lead characters. Luke and Deckard are both likable on their own terms and very funny when interacting with each other. Even if there weren't two previous films that had established their relationship, Johnson and Statham do a superb job of coming across as men who have long known and despised each other, to the point where they can barely overcome their mutual hatred even when the fate of the world is literally at stake. This could become obnoxious or frustrating, but the two actors manage to milk the comedy in that set up for all it's worth. Each one pulls pranks on the other, tries to one up their counterpart with increasingly creative insults and insists to all bystanders that they are the sympathetic one and it is the other one who is really a giant, irredeemable asshole.

The movie also benefits from the action itself, which is as top of the line as anything from a "Fast and Furious" film. Despite clocking in at roughly two-and-a-quarter hours, "Hobbs & Shaw" moves along at a brisk pace because the action scenes are engaging and creatively executed — something that is not as easy to pull off as it might seem, given the glut of overwrought action sequences in modern blockbusters.

A particular standout is the finale when Luke — having returned home to Samoa because the plot demands it — leads his family and friends in a battle against Brixon and his technologically sophisticated terrorist colleagues using nothing but knives, axes, spears and other basic weapons. It also helps that in general Elbra's Brixton is an unusually intimidating villain; it is rare for me to watch an action film and wonder how the good guys are ever going to defeat their primary villain, but Brixton is so good at being bad that I found myself genuinely curious as to how the heroes were going to save the day.

Finally "Hobbs & Shaw" deserves credit for being a spin-off that doesn't rely on knowledge of the original films to be understood and enjoyed. Previous "Fast and Furious" movies are referenced, of course, but hardly in a way that will puzzle or alienate newcomers to the series. This could have very easily gone the way of certain Marvel Cinematic Universe films and been so overly-reliant on the lore established by previous entries that someone wandering into the new one will feel totally lost, or at least as if they're a bit behind the curve. Yet if "Hobbs & Shaw" was a standalone movie, it would work just as well as it does as a spinoff released eight movies into an established franchise.

I must note, on a personal level, that I deeply enjoyed observing audience reactions as the film played out. My theater was packed (unusually so for a Thursday evening), with a large number of kids under 12, and they absolutely lapped it up. I regularly heard giggles at the quips from Luke, Deckard and a character named Locke (Ryan Reynolds), excited squeals during the action set ups and — at one point — a little boy screaming "I'm sorry! I want to stay!" as his mother escorted him out of the screening due to some offense I wasn't able to discern. (There was also a little girl directly behind me who gasped "My boyfriend!" the first time Reynolds appeared on screen, which apparently surprised her. That was all kinds of adorable.)

The adults around me were all smiling, too.

This isn't to say that I gauge my assessments of movies based on audience feedback. The audience that saw 2018's awful "The Happytime Murders" with me laughed loudly the entire time, and yet I still insist that the movie was as close to being objectively unfunny as any piece of pop culture is capable of being. "Hobbs & Shaw," on the other hand, doesn't win people over by pandering to the lowest common denominator. It works because director David Leitch and screenwriters Chris Morgan and Drew Pearce knew exactly what it takes to make a solid action comedy and delivered the goods, plain and simple.

If that isn't enough to recommend a summer blockbuster, then I don't what is.