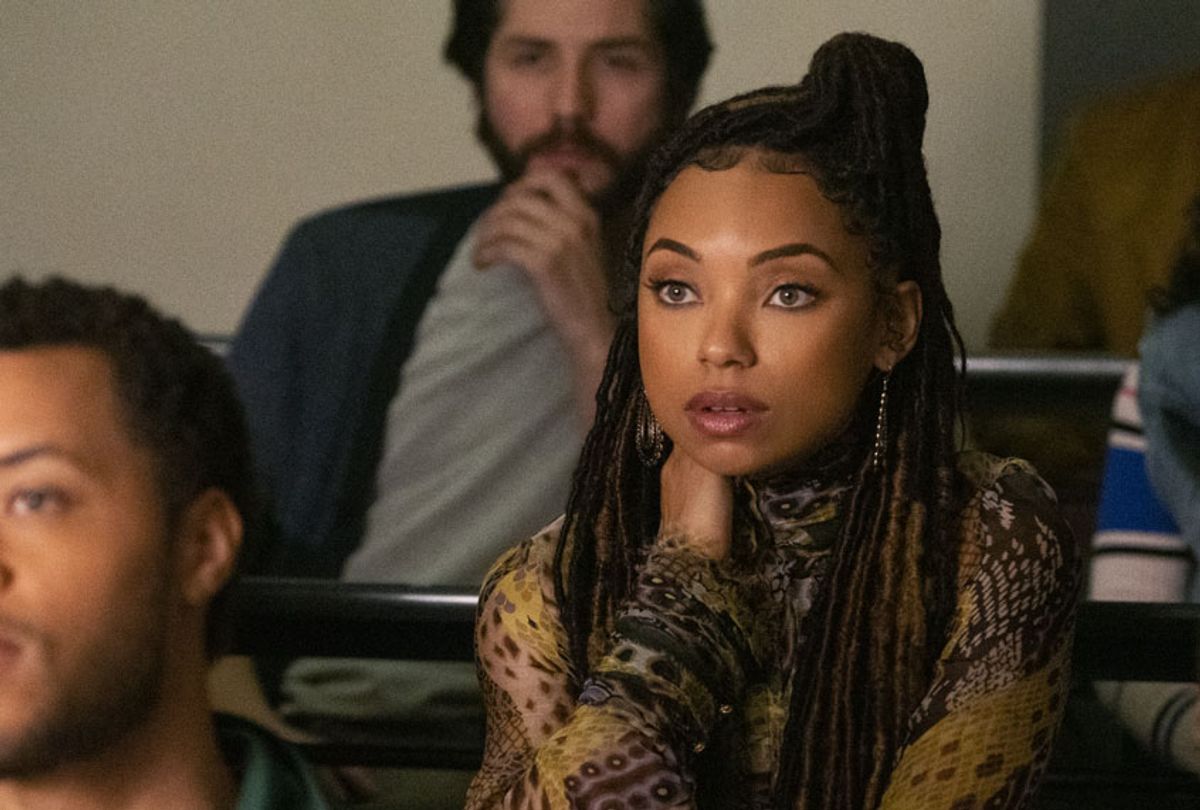 On a late winter visit to the set of Netflix's "Dear White People" the conversation circled back to the topic that launched the series: blackface. In this instance, the offender was not a character or characters attending Winchester, the series' fictional Ivy League University, but actual public figures.

During that same week in February, national headlines screeched about a racist photograph of Virginia Gov. Ralph Northam immortalized in his 1984 yearbook. A day later the state attorney general Mark R. Herring stepped forward to cop that he, too, had worn blackface at a party as an undergrad.

The first season of "Dear White People," an expansion upon the events of series creator Justin Simien's 2014 indie film, centers upon one such party and the mystery of how it came to be in the first place, given that the satirical, un-P.C. campus publication run by entitled white men that everyone thinks conceived of and hosted the party claims it did not.

The thing is, that season dropped in 2017, making Simien and his writers' take on the topic seem prescient to anyone shocked by the current events of the moment. During the set visit, Simien simply shrugged about it. "I've been covering it since the movie," he told Salon, "so to me this is like, 'Duh.'"

"It's unfortunate that these things are evergreen," adds the series executive producer Yvette Lee Bowser. "It's not really meant to be a lesson for anyone. We're not really here to tell people what they should think or feel. We're just here to express what we're thinking and feeling, what's important to us, and to depict a very rich experience. It's still entertainment."

The first season's mystery takes place in the fall. Once that resolves, the second, set during winter, moves on to explore the weight of legacy — of what the characters owe to our parents and teachers, and to institutional history. That last idea concretized in a mystery surrounding an underground society revealed in season 2 known as the Order of X, personified in the form of the series' all-seeing narrator played by Giancarlo Esposito.

Season 3 of "Dear White People" currently is streaming on Netflix, and like previous seasons, the various characters share a common mission to explore and define their identities. But that word takes on different meanings to each person, depending on the date, week or season, making the transition from one narrative way-station to the next feel uneven, but thrilling and adventurous nevertheless.

It also consciously presents the series at its most meta, acknowledging within its world the tendency for a show's plotline to eventually falter: "If everyone stayed exactly the same, life would be tedious and predictable," quips Reggie. "Like the third season of a Netflix show."

Making that point, however, is the series' main hit show-within-a-show, a nearly pornographic parody of another streaming service's drama, one part of a season-long commentary on white feminism's failure to align with people of color.

Simien is joking more than apologizing in these small winks; it's plain to see he has a plan to evolve "Dear White People" from an extension of a story he started in 2014 into something new. And the current cultural watersheds inform this shift, which the story hints at in brazen ways and subtle ones.

"The #MeToo movement has had a profound impact on us in the room," he said. "The question of what do you do when your hero is compromised is a big recurring theme this season. How do we deal with this very necessary reckoning? When we have to sort of reevaluate people, what does that do to our communities? What does that do to us? Why is it that we can't let go? The cognitive dissonance. All of that."

Suitably, season 3 takes place in springtime, when several key characters are in the process of shedding their histories and examining new ones. This is a complicated process that leads characters to look to their heroes and elders, played by Blair Underwood, Yvette Nicole Brown and, in a short cameo, Laverne Cox. And if you recall the types of roles recognizable stars play in past seasons, then you may know that these actors aren't flawless guides or able mentors.

The third season's adherence to this dynamic may be why these new episodes feel more unmoored than the previous half-hours, where most of its characters at least appear to know exactly who they are and what they stand for, even if it's obvious that certainty is for show.

Simien and executive producer Yvette Lee Bowser play upon this device for viewing the black college experience at a white institution through connected but varied perspectives, all merging after a fashion through the lens of Sam White (Logan Browning).  Or rather, that's how "Dear White People" used to work.

Meeting an alt-right version of herself (played by Tessa Thompson, who originated Sam in Simien's film) at the end of season 2 upends Sam's sense of self, and now in these new episodes, she is adrift, having abandoned the radio show that made her a campus celebrity, handing it over to Joelle.

Everyone, in fact, is stumbling through more of an existential crisis than usual. Reggie (Marque Richardson) is settling into his relationship with Joelle (Ashley Blaine Featherson) but can't quite grasp happiness.

Lionel (DeRon Horton), whose trajectory has shifted from a coming out story to developing his journalism skills, is pushing beyond his shallow introversion into the broader, wilder world of campus gay culture.  Both Coco (Antoinette Robertson) and Troy (Brandon P. Bell) are getting their first taste of having their aspirations dashed and deflated as they crash against structural, metastasized white privilege.

On the other hand, the contrasting struggle of Sam's boyfriend Gabe (John Patrick Amedori) and Coco's WASPy friend Muffy (Caitlin Carver) invite the viewer to think more deeply about what white privilege even means, and whether other forces just as corrosive pose a greater obstacle.

For Simien, mixing up and fitting together the pieces of the Winchester puzzle and its secret society is just one small way of closing the circle initially mapped in the film and previous seasons.

"We're never going to sort of stop doing our character study to drive plot, you know," he said, adding that regardless of the politics he and the writers play with, "we hope there's lots of twists and surprises as to what it all means along the way that will surprise and delight you."