After a long weekend of mourning, Twitter users distracted themselves with inventive mockery of a "legit question" 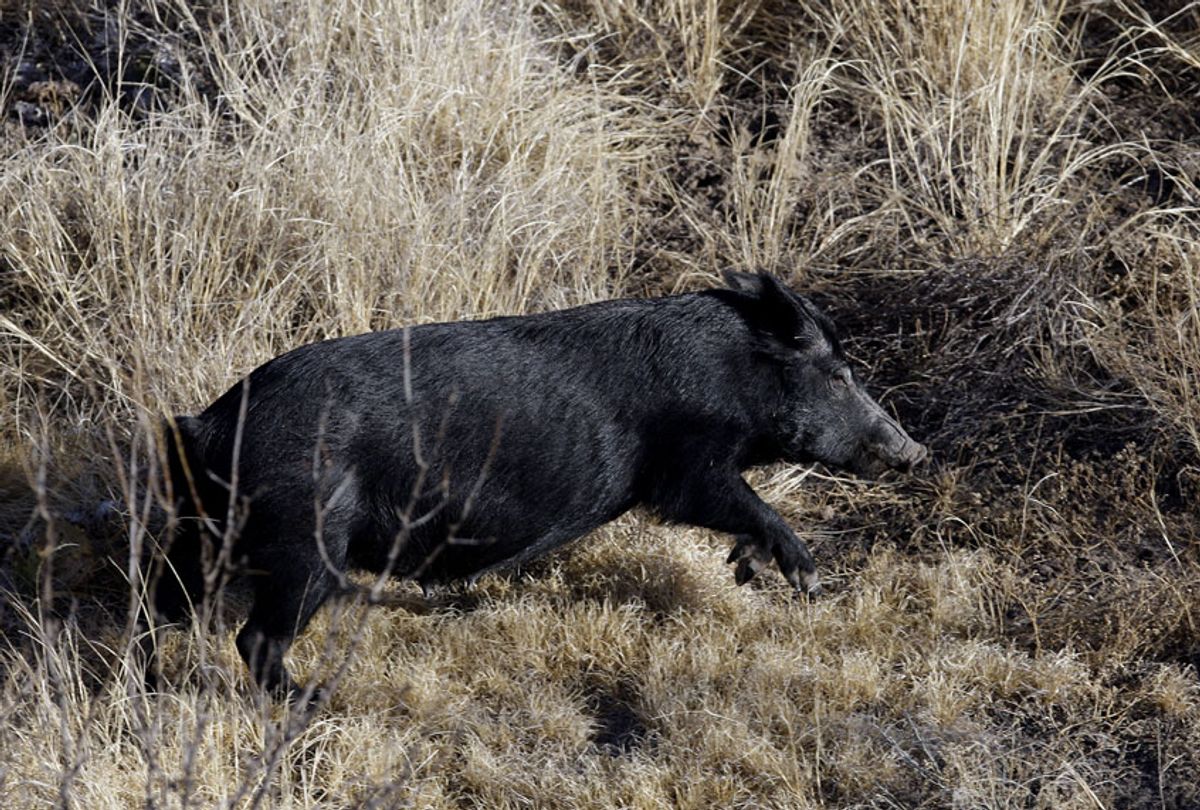 If, like me, you took yesterday afternoon off from social media — a constantly-updating reminder of the pain our country is in, especially after weekends like last weekend — you’ll return today to what one user dubbed “Feral hog Twitter.”

Signing in this morning, there were thousands of tweets referencing “30-50 feral hogs,” specifically the kind that run into your yard after your small kids have been playing for “3-5 minutes.”

The origin of the trending term? A response to a tweet by singer Jason Isbell, who wrote yesterday in the wake of the El Paso and Dayton mass shootings, “If you’re on here arguing the definition of ‘assault weapon’ today you are part of the problem. You know what an assault weapon is, and you know you don’t need one.”

“Legit question for rural Americans,” Twitter user William McNabb responded. “How do I kill the 30-50 feral hogs that run into my yard within 3-5 mins while my small kids play?”

While Isbell provided an appropriate response (“If you have dozens of hogs chasing your children around your yard, you have problems no weapon will fix.”), others posed the real questions.

In Arkansas, which is where McNabb’s profile indicates he lives, are there really packs of 30-50 feral hogs roaming the streets?

Does McNabb actually use a semi-automatic rifle to spray bullets in the direction of his children and said hogs?

Is there some kind of “hog signal” that alerts the animals to the 3-5 minute window in which they have to rush the yard?

In response to the unexpected absurdity of the feral hog question, the internet’s meme machine went into overdrive. By the time I signed back onto Twitter last night, there were Old Town Road and feral hog mash-ups; lyrics like “my milkshake brings all the boys to the yard/ nevermind it’s 50 feral hogs”; and no fewer than seven versions of “This Is Just To Say,” in which the plums in the icebox are replaced with feral hogs in the yard.

There were also many, many iconic songs reimagined as feral hog anthems:

And all manner of famous quotes gone to the hogs, from movies to other memes:

Feral hog Twitter managed to have staying power past last night's initial meme-storm perhaps because it's been a particularly brutal period of public mourning. So even if the original poster posed his "legit question" in good faith, it shouldn't have come as a surprise when it sparked a collective catharsis at his expense instead.

For what it’s worth, feral pigs are actually a threat to the ecosystems of 35 states — including Arkansas — but hunting only makes the problem worse by enabling a game industry that relies on their existence. According to a July article in Popular Science, the pigs cause $2 billion in damage every year.

"This situation has been described as the greatest emerging wildlife challenge that the United States faces in the 21st century," says John "Jack" Mayer, a biologist Savannah River National Laboratory who's been studying wild pigs for over 40 years. "This is something we did to ourselves."

It’s a serious problem, one that, according to Popular Science, conservationists and ecologists are working hard to balance — but back on Twitter, people are still questioning the legitimacy of McNabb’s claim. Late yesterday afternoon, Isbell tweeted, “I don’t think William is serious guys,” to which McNabb replied, “No sir - I am.”