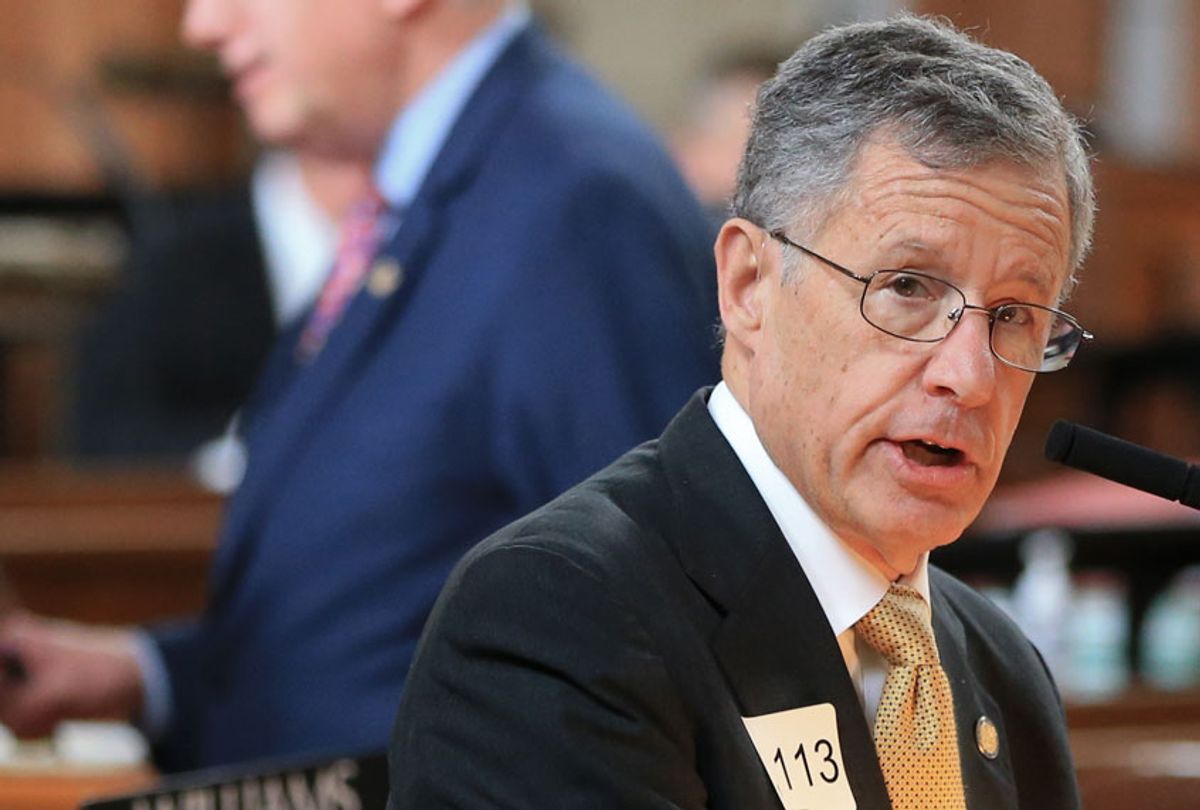 The Nebraska Republican Party called for Republican state Sen. John McCollister to register as a Democrat after he wrote that the GOP is “enabling white supremacy.”

Ryan Hamilton, the head of the state Republican Party, called for McCollister to “tell the truth about his partisan views and re-register as a Democrat” on Monday after he called out the party for being “complicit” to “obvious racist and immoral activity inside our party.”

“John McCollister has been telegraphing for years that he has little if nothing in common with the Republican voters in his district by consistently advocating for higher taxes, restrictions on American’s Second Amendment rights, and pro-abortion lobby,” Hamilton said in a statement. “His latest false statement about Republicans should come as no surprise to anyone who is paying attention, and we’re happy he has finally shed all pretense of being a conservative.”

“I am happy to send a change of voter registration form along to his office so he can make the switch officially and start, for once, telling the truth to voters in his district.”

Hamilton’s statement came just months after he vowed to crack down on racism in the party after an aide to Republican Gov. Pete Ricketts was caught posting wildly racist, anti-Semitic, and homophobic comments on a far-right YouTube page run by a far-right activist labeled a white nationalist.

McCollister called out his own party after a shooter who published an anti-immigrant screed on the far-right hate repository 8chan killed 22 people and injured dozens of others at an El Paso Walmart in an attack he said was in response to the “Hispanic invasion of Texas,” echoing the frequent rhetoric of President Trump and Fox News.

"The Republican Party is enabling white supremacy in our country," McCollister tweeted on Sunday. "As a lifelong Republican, it pains me to say this, but it’s the truth."

McCollister pointed to Trump’s rhetoric, urging Republicans to stand up to the hate instead of worrying about their poll numbers.

“We have a Republican president who continually stokes racist fears in his base. He calls certain countries ‘sh*tholes,’ tells women of color to ‘go back’ to where they came from and lies more than he tells the truth,” he wrote. “We have Republican senators and representatives who look the other way and say nothing for fear that it will negatively affect their elections. No more. When the history books are written, I refuse to be someone who said nothing.”

McCollister said that he has no intention of switching parties, The Associated Press reported. He told The Lincoln Journal-Star that although “one or two” of his Republican colleagues voiced displeasure, he received “far more support from Republicans” than he anticipated.

There have been numerous reports, including after Trump’s latest outburst telling four congresswomen of color to “go back to the crime-infested places from which they came,” that Republicans have privately criticized Trump’s racist comments but have been unwilling to do so publicly.

“We all like to cite Abraham Lincoln’s Republican lineage when it is politically expedient,” McCollister wrote after the mass shootings, “but NOW is the time to ACT like Lincoln and take a stand.”