Revealed: Russia’s strategy to help re-elect Trump — and the Democrats the Kremlin is boosting

Pro-Kremlin media in Russia seem confident that Putin will continue to have a friend at 1600 Pennsylvania Ave. 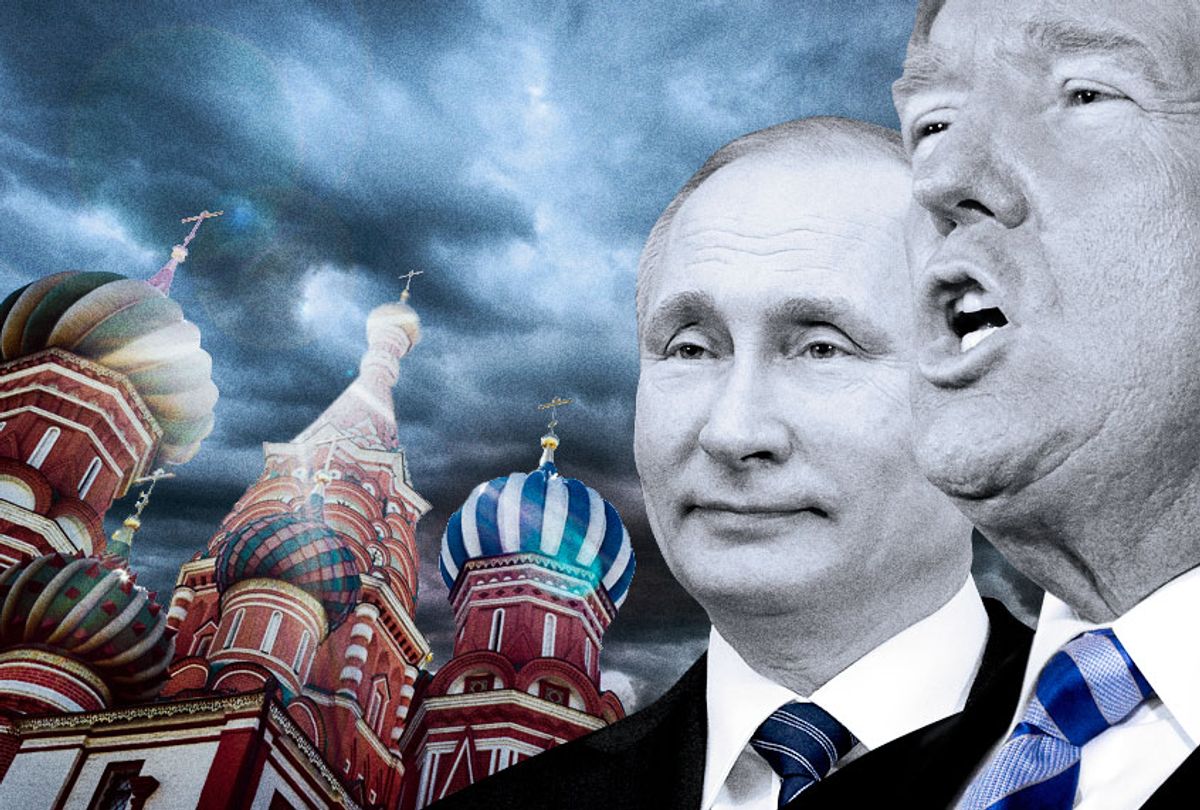 During his testimony before Congress on July 24, former Special Counsel Robert Mueller made it abundantly clear that not only did the Russian government under President Vladimir Putin aggressively interfere in the United States’ 2016 election — it plans to interfere in the 2020 election as well. President Donald Trump, according to Mueller’s testimony, was the Kremlin’s preferred candidate in 2016. And according to a report by Julia Davis for the Daily Beast, the Kremlin is rooting for Trump to win again in 2020 and is also rooting for a Democratic candidate it believes Trump would defeat.

Davis, in her report, discusses the coverage of the recent Democratic presidential debates by government-owned Russian media.

“When it comes to elections,” Davis explains, “all Americans are Putin’s foes, and those who can best divide them are the Kremlin’s hand-picked favorites. Putin’s government has a strong preference for the populists who reject the establishment and promote the agenda of inward-looking America. The Kremlin’s ultimate goal is the retreat of the United States from global affairs, which would allow the rest of the world to be quietly devoured by despots.”

Russian state media, according to Davis, has echoed Trump’s “Sleepy Joe” rhetoric and dismissed former Vice President Joe Biden as an “elderly candidate.” And the Russian media described Sen. Kamala Harris as someone who had “her dirty deeds exposed in front of the audience of millions.”

But according to Davis, Russian media’s coverage of two other Democratic presidential primary candidates, Sen. Bernie Sanders and Rep. Tulsi Gabbard, was more favorable. Gabbard was described as “the Democrat who stood out at debates among a pack of radical progressives,” and there no negative references to Sanders’ age by Russian media — despite the fact that the Vermont senator is slightly older than Biden.

Davis indicates that state-owned Russia media have an ulterior motive in pretending to be pro-Sanders in their coverage: they believe that “Sanders is too radical for most voters, ultimately pushing them away and causing a fraction of Democrats to vote for Trump.”

Davis’ article doesn’t say that the Kremlin is rooting for Sanders to win the Democratic nomination because it likes his policies or believes he would be favorable to Putin — only that they think a Sanders nomination would give Trump a better shot at reelection. But if Sanders did defeat Trump in the general election, according to Davis, Russians would be disappointed and view it as a victory for the “liberal globalist world order” that it wants to get rid of.

Davis mentions that Russia media believe that the “liberal globalist world order” is coming to an end and could fall apart in the next three or four years if it is replaced by a combination of Putin, Trump and Chinese leader Xi Jinping — that is, unless Trump is voted out of office and replaced by, as Davis puts it, “someone like Biden, Sanders, Harris or (Sen. Elizabeth) Warren.” But pro-Kremlin media in Russia, she reports, seem confident that Trump will be reelected and that Putin will continue to have a friend at 1600 Pennsylvania Avenue.