Susan Collins has insisted that she remains adamantly pro-choice 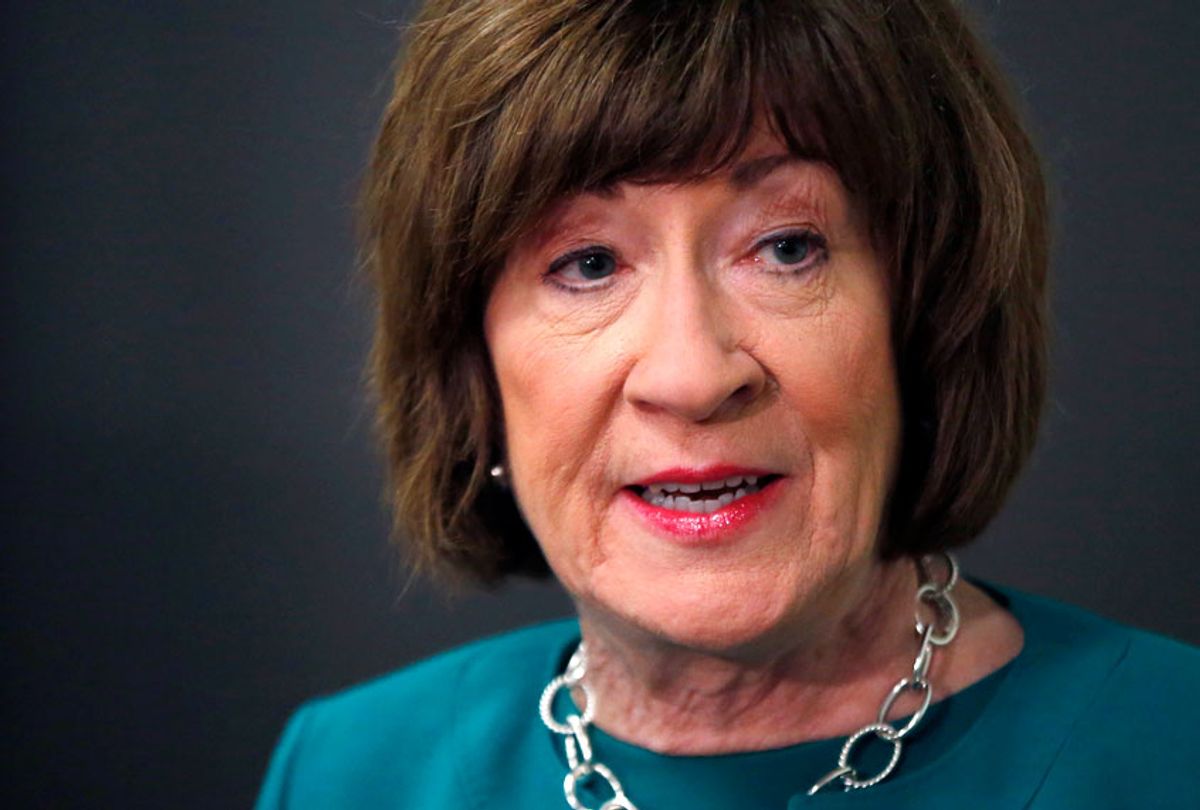 In the past, Sen. Susan Collins was a popular figure in Maine politics: she won four terms to the U.S. Senate, enjoyed high approval ratings (Collins defeated Democratic challenger Shenna Bellows by 37% in 2014), stood up for abortion rights and was exalted as a symbol of moderation in the GOP. But that was before the presidency of Donald J. Trump and her vote to confirm Justice Brett Kavanaugh to the U.S. Supreme Court. Collins’ approval ratings have plummeted, and Democratic strategists believe they have a good chance of unseating her in 2020 — especially if she continues to do things like attending a fundraiser in the home of a major anti-choice activist.

Collins has insisted that she remains adamantly pro-choice, asserting that her vote for Kavanaugh in 2018 shouldn’t be used against her because the Trump appointee respects Roe v. Wade as “settled law.” But she recently attended a fundraising event in the mansion of Leonard Leo, executive vice president of the Federalist Society and a hard-right opponent of abortion rights.

When Collins attended the event, some demonstrators for the group Indivisible MDI stood across the street holding signs that were highly critical of her association with Leo. One read, “Collins, coming for your bribe?,” and other read, “Thanks Susan! I can’t wait to take women’s rights away.”

Gail Leiser, one of the activists, asserted, “I’m out here because there is nothing moderate about the Federalist Society, and there’s nothing moderate about the many judges they have put forward — including Brett Kavanaugh — that Susan Collins has approved. Susan Collins was elected as a moderate; unfortunately, she has abandoned everyday Mainers and now votes in lockstep with the most right-wing elements of the Republican Party.”