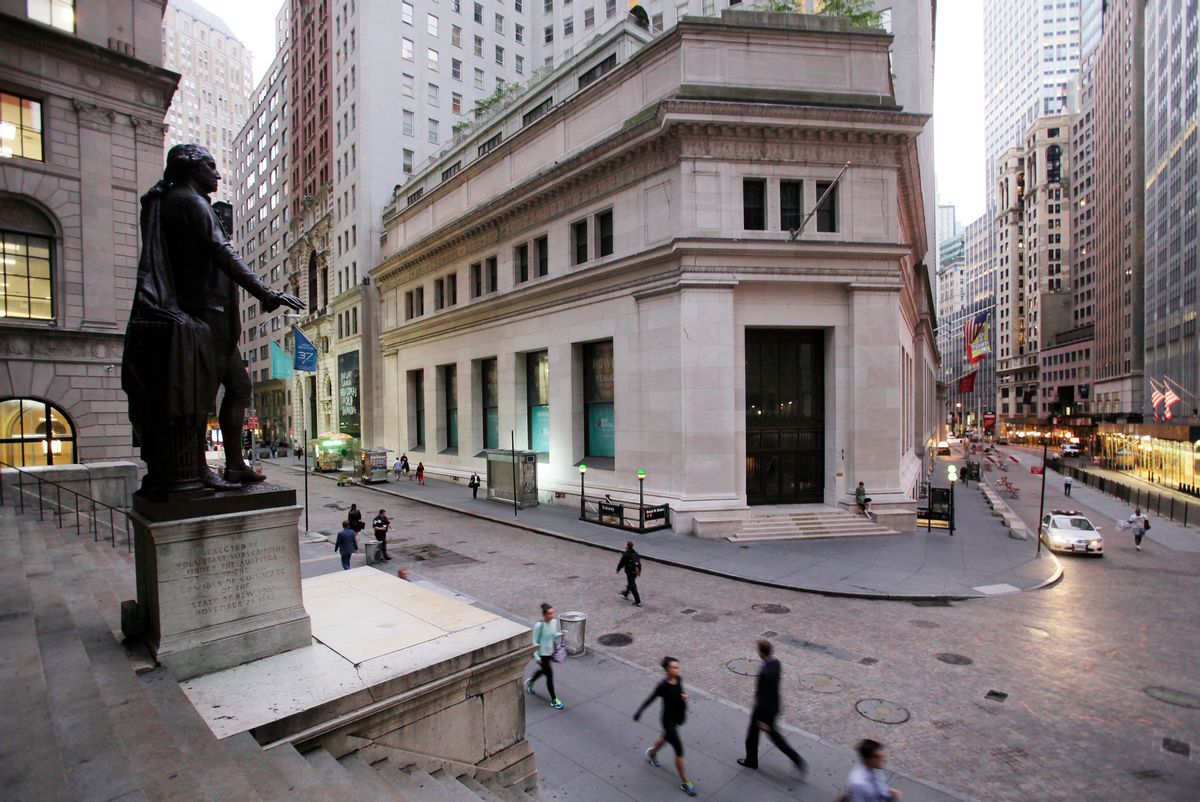 The financial world was hit on Wednesday with a major new red flag about a potential recession that sent stock market futures tumbling downward.

Yields on ten-year bonds are usually higher than yields on two-year bonds because there is greater risk involved in investing in a long-term bond, which means investors in those bonds demand higher payouts than investors in short-term bonds.

But when the so-called yield curve inverts — that is, when ten-year bonds actually pay less than two-year bonds — it is seen as a sign that investors believe there are significant risks to the economy and are flooding their cash into safe harbors.

As for what this means for the U.S. economy as a whole, Bloomberg analyst Joe Wiesenthal writes “the last three times this happened, U.S. recessions soon followed.”

Pre-market trading on Wednesday showed futures of the Dow Jones Industrial Average trending downward by 1.44 percent, with the Nasdaq down by more than 1.5 percent.