The former MLB All-Star pitcher could decided to run for Congress in Arizona, even though he's not a resident there 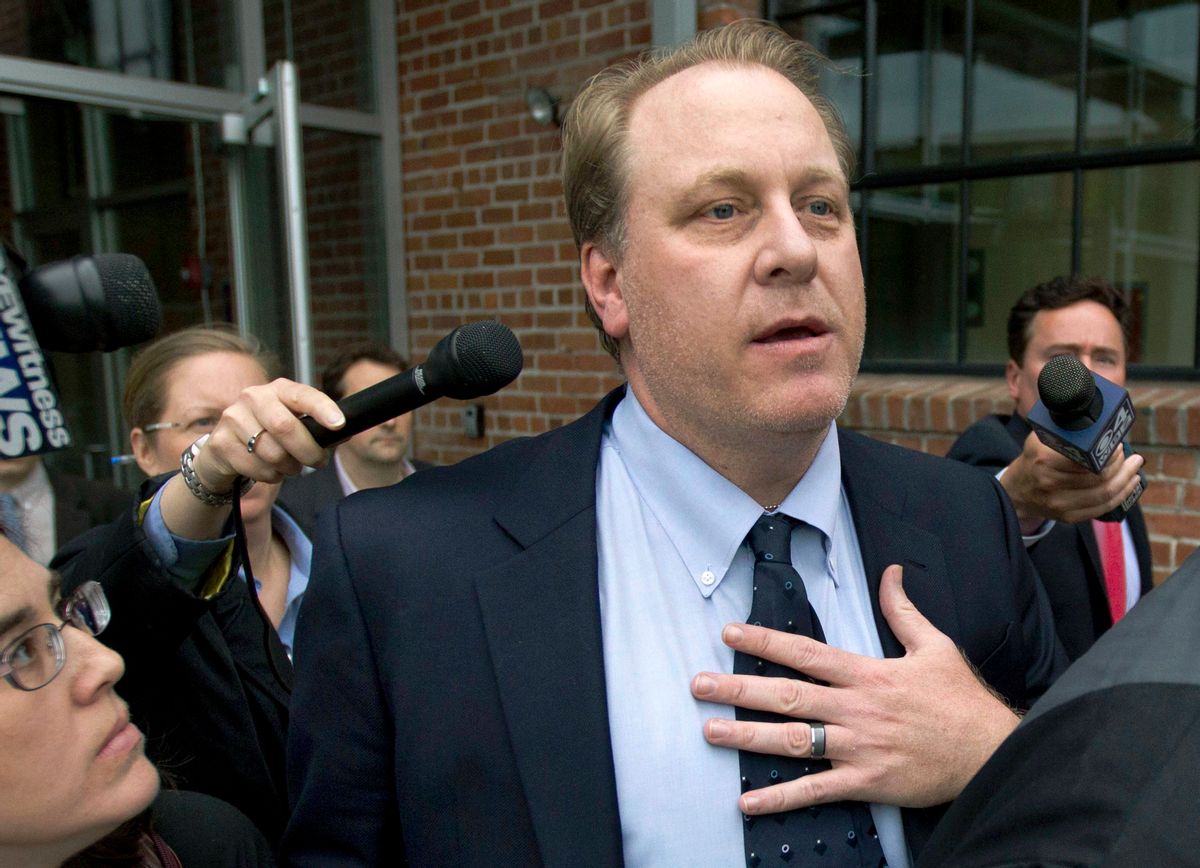 FILE - In this Wednesday, May 16, 2012, file photo, former Boston Red Sox pitcher Curt Schilling, center, is followed by members of the media as he departs the Rhode Island Economic Development Corporation headquarters, in Providence, R.I. The state’s economic development agency said on Wednesday, March 29, 2017, it has settled a lawsuit brought against it by the U.S. Securities and Exchange Commission over the state’s failed $75 million deal with Schilling’s videogame company. (AP Photo/Steven Senne, File) (AP)
--

Schilling — who pitched for the Arizona Diamondbacks, Baltimore Orioles, Boston Red Sox, Houston Astros and Philadelphia Phillies — is a well known right-winger with a long history of offensive statements. Most recently, when speaking to the Arizona Republic about the possibility of running for Congress, Schilling made racially-charged remarks about immigrants.

"Not ready to do any of that right now. If/When things solidify I will but right now it's something in the 'I'm considering it' stage," Schilling told the Arizona Republican via email.

"The state is not the state I grew up in. Making Arizona citizens of EVERY Race, religion and sexual orientation 2nd class citizens to illegal immigrants is about as anti-American as it gets," he continued. "When you have homeless veterans, children, and you're spending tax dollars on people smuggling drugs and children across our border someone in charge needs their ass kicked."

Schilling is currently a resident of Massachusetts. However, residency is not a prerequisite to run for Congress in Arizona.

While it is unclear if Trump is familiar with Schilling's recent anti-immigrant comments, the president subsequently tweeted his approval of the idea of Schilling seeking higher office, writing Tuesday that "Curt Schilling, a great pitcher and patriot, is considering a run for Congress in Arizona. Terrific!"

Trump reiterated the sentiment again the next day, calling Schilling "a fighter and champion" in response to this tweet from an Arizona news station: "Former major league pitcher Curt Schilling said he’s thinking about running for Congress in Arizona, where he won a World Series ring with the Diamondbacks in 2001."

Schilling has made a number of controversial comments throughout his career. In 2016, he tweeted a picture of a Trump supporter whose shirt read, "Rope. Tree. Journalist. Some assembly required." He later defended the joke by tweeting, "amazing the things people pick and choose to be offended by. A smart ass shirt? 4 dead men in Benghazi. #safespacesforall"

Schilling also infamously defended Trump's "Access Hollywood" tape, telling Fox Business Network's Trish Regan that "the conversation you're having about the things he said about the 10-year-old girl, to me, is at the very heart of why this is a problem. How many times — and I have three boys and a daughter — how many times have you looked at a young man and said, 'Wow, is he going to be — he's a beautiful young man. Wow, he's a gorgeous young man,' and that man was 12, 13, 14, 15?"

More recently, the former baseball star threw his support behind conspiracy theories arguing that former President Bill Clinton and former Secretary of State Hillary Clinton were behind Jeffrey Epstein's apparent suicide, tweeting that "I’m smiling at all the democrats who have smirked at the Clinton suicide stories. If you still think it’s all made up you truly are too stupid to vote. But yes, by all means let’s let the worlds most corrupt make the rules we must live by."

In April 2016, Schilling was fired from his post as a baseball analyst on ESPN after he shared a transphobic post on Facebook as a controversial bathroom bill grappled the nation. The New York Times' Richard Sandomir covered the story, writing:

Schilling, who had worked for the network since 2010 and most recently offered analysis on “Monday Night Baseball,” was dismissed after sharing a Facebook post this week that appeared to respond to the North Carolina law that bars transgender people from using bathrooms and locker rooms that do not correspond with their birth genders.

The post showed an overweight man wearing a wig and women’s clothing with parts of the T-shirt cut out to expose his breasts. It says: “LET HIM IN! to the restroom with your daughter or else you’re a narrow-minded, judgmental, unloving racist bigot who needs to die.”

To that, Schilling added: “A man is a man no matter what they call themselves. I don’t care what they are, who they sleep with, men’s room was designed for the penis, women’s not so much. Now you need laws telling us differently? Pathetic.”