"Our experience was both eye-opening and deeply troubling" 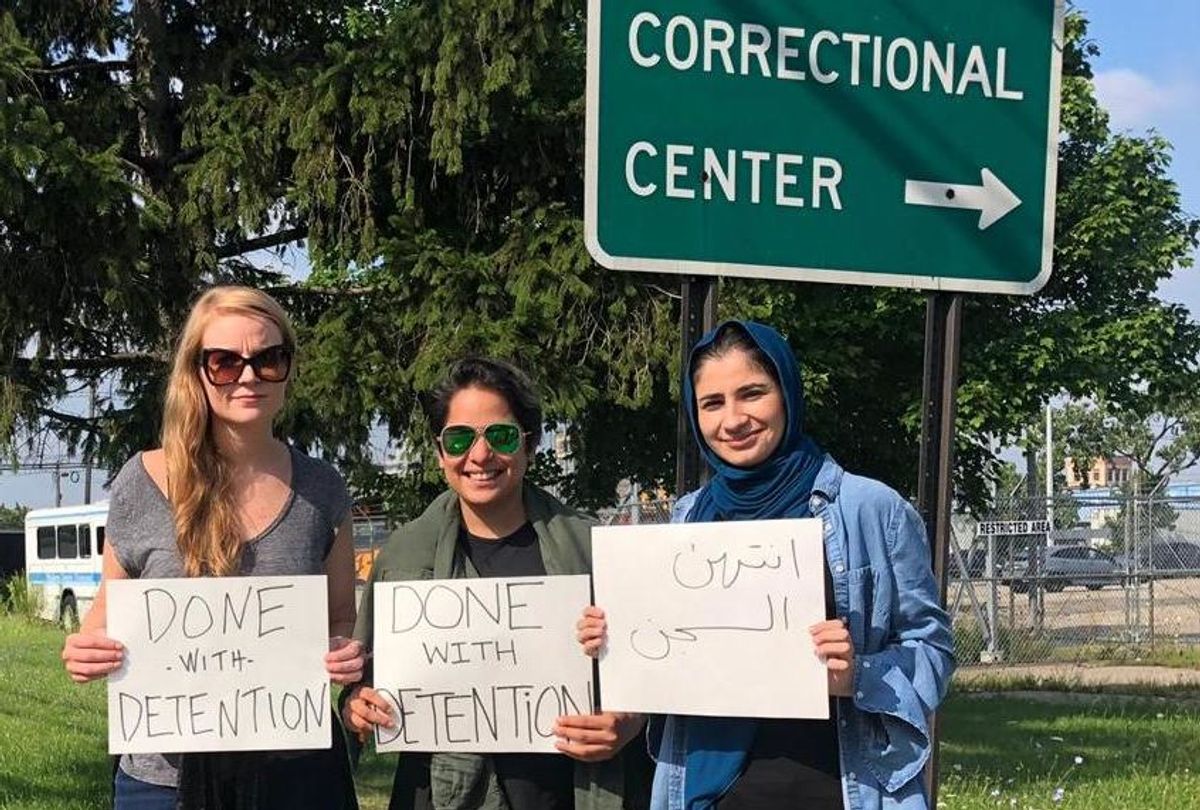 You may know us as Daddy and CO McCullough on the Netflix series "Orange Is The New Black."  After playing an incarcerated person and a prison guard for years, we visited an immigrant jail this week with Freedom for Immigrants, a program referred to in Season 7 of our show that, as it turns out, is a real-life nonprofit.

The experience was both eye-opening and deeply troubling. Our hearts are hurting for these people and at the same time, full of hope and determination to spread awareness regarding this painful situation.

"Orange Is The New Black" forced us all to confront the monstrosity of mass incarceration in the United States through multidimensional characters who became like family.  Many of these characters were not just imprisoned in the criminal justice system, but also forced to live through immigration detention, like Maritza (Diane Guerrero) and Blanca (Laura Gomez).  Our screens transformed into portals to worlds that largely remain out of sight and out of mind.

Although the show is ending, these cages remain—and in fact, are thriving.  It’s our responsibility to continue to shine a light on them by visiting people inside.  Immigrant jails like the Hudson County Correctional Facility where we visited exist across the United States, according to Freedom for Immigrants' interactive map. Chances are there is one near you. Hudson is less than an hour from our home and, in a twist of irony, less than 10 miles away from the Statue of Liberty.

County jails like Hudson contract with U.S. Immigration & Customs Enforcement (ICE) to hold immigrants, sometimes for months and years.  As some of you noticed in Season 7, women imprisoned in the criminal justice wing of the prison work as the kitchen staff for the ICE detention wing — not too different than any county jail contracting with ICE where populations are often mixed.

Since 2003, at least 17 people have died at the Hudson County Correctional Facility, with one of them being an immigrant in ICE detention. In 2017, Long Island resident Carlos Bonilla died there two months after being detained by ICE. He suffered from cirrhosis, which led to severe internal bleeding due to medical neglect. He was a father of four.

Medical neglect has long been a widespread problem at Hudson. In 2016, Freedom for Immigrants and First Friends of New Jersey and New York filed a civil rights complaint on behalf of 61 women and men at the jail detailing a pattern and practice of substandard medical care.  These organizations documented everything from delays in cancer diagnoses to outbreaks of fungal and bacterial infections.

The complaint resulted in the County of Hudson appointing a committee of attorneys and doctors to investigate, which prompted the creation of the first medical oversight committee in the immigration detention system.  It is comprised of advocates like First Friends, who also accompanied us on our visit to Hudson.

During our visit, we spoke with women from Latin America and the Caribbean. We couldn’t help thinking about Blanca’s detention in "OITNB." She thought she was getting out, that she was free and she could put her criminal incarceration behind her, only to find out she was a “criminal” for just existing, for just coming to the “land of the free” in search of a better life.

This system does not have to exist.  In our lifetime, U.S. immigration detention has grown from only a few thousand people detained each day in the early 1980s to over 55,000 immigrants today — the most ever.  We also incarcerate over two million people in the criminal justice system. We got to this point largely as a result of the private prison industry’s formation, which lobbied for laws to expand both the criminal justice and immigration systems.  These are the kind of records that we should be ashamed of as a country.

Private prisons and counties like Hudson are making money off of people incarcerated in the criminal justice system while also profiting from immigrants civilly incarcerated in these very same facilities.  Though it has been exciting to see bipartisan support for criminal justice reform, it is time for reality to mirror art. It is time for people on both sides of the political aisle to take a cue from "OITNB" and tackle immigration detention, as it is quite literally the other side of the same coin.

"OITNB" invites everyone to be a part of the solution through the Poussey Washington Fund, which benefits Freedom for Immigrants and seven other non-profits working in criminal justice and immigrant rights advocacy. But we need systemic change, and we need our elected officials to act now.

We are #DONEwithDetention.  We invite you to join us.

Vicci Martinez is an actor ("Daddy" on "Orange Is the New Black") and musician.

Emily Tarver is an actor ("CO McCullough" on "Orange Is the New Black"), comedian and musician.