"Where'd You Go, Bernadette?": Women can be troubled creative geniuses too

Richard Linklater's film version of Maria Semple's novel doesn't quite measure up, but it nails the urgent theme 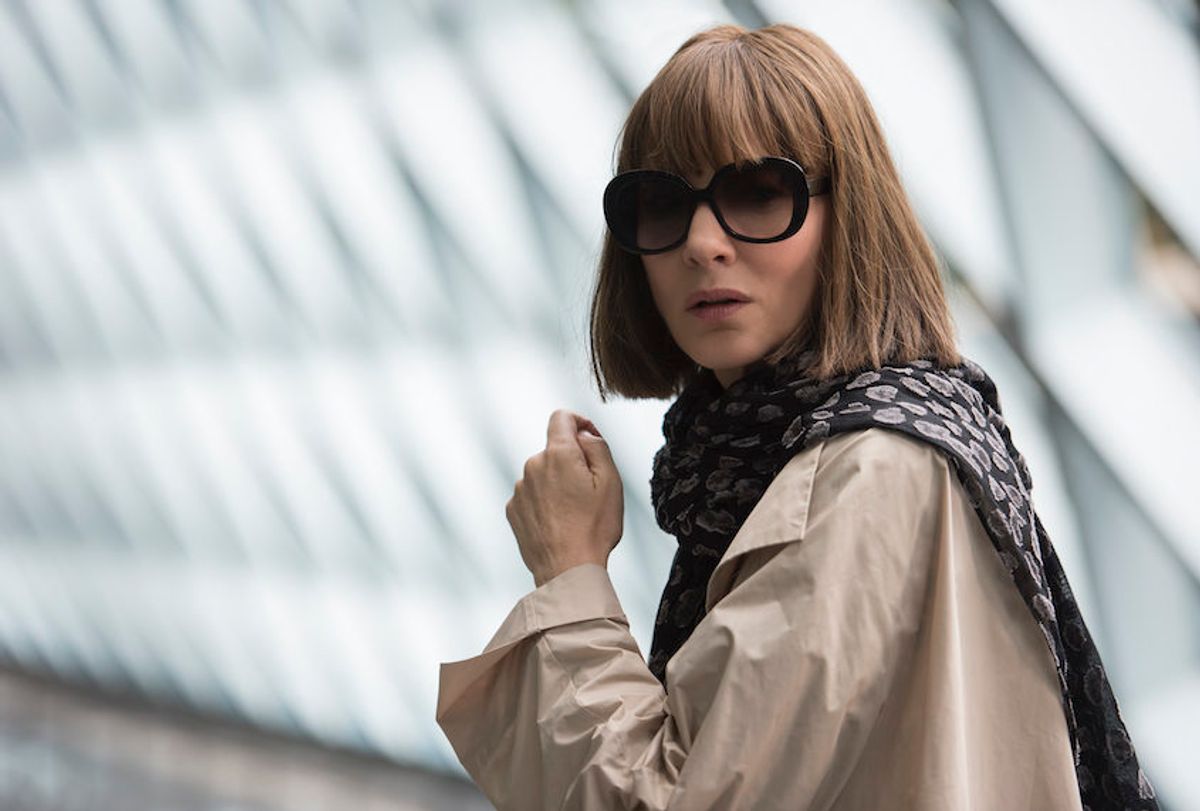 Bernadette’s brain is on fire. You realize this after just a few minutes of watching the character  navigate all the things in her daily life that she hates: leaving the house, interacting with people, the other mothers from her daughter’s school, whom she refers to as “gnats.”

It’s like everything outside her home — a massive, dilapidated girl’s school that shows the signs of an unfinished renovation — is soaked in gasoline and her fingers are matches. Everywhere she goes, there’s a chance of an explosion.

That energy, delivered with force by Cate Blanchett — as well as her predilection for oversized dark glasses (regardless of the Seattle rain), a collection of muted silk scarves, and her family’s “Microsoft money” — renders Bernadette a hot point of gossip among the neighbors. They want to be liked by her, but don’t like that Bernadette, quite frankly, doesn’t care.

But inside the walls of her house, we come to find that things may be equally flammable.

In “Where’d You Go, Bernadette,” directed by Richard Linklater and adapted from the novel by Maria Semple, the title character lives with her husband Elgie Branch (Billy Crudup), their teenage daughter Bee (Emma Nelson) and a yellow lab named Ice Cream.

Bee was something of a miracle baby after a tough birth and four prior miscarriages. She and her mother now share a fiercely loving and loyal relationship, fortified by a sort of  “us against the world" mentality.

Though in this case, “the world” against whom they’re fighting are the gnats from school, namely a pair of helicopter moms (Kristin Wiig and Zoë Chao) who are already in tailspin. Bernadette isn’t exactly punching up by antagonizing them, whether by erecting a nasty billboard directed at them or zooming away from their questions in the carpool line.

Meanwhile, her marriage with Elgie, a tech genius who works for Microsoft and gives viral TED Talks, is suffering from some distance. “Stop turning everything into a joke,” he says to her in a moment of particular frustration. “Why can’t you get along with anyone?”

She wanders the halls at night, shout-whispering into her cellphone’s talk-to-text feature, sending lengthy emails to her virtual assistant — whom she has never met, never spoken to, and who predictably becomes a slightly more sinister force in the story. She’s anxious to the point of illness over an upcoming family cruise to Antarctica, an over-the-top gift to Bee as a reward for perfect grades throughout her entire middle school career.

Bit by bit, Bernadette’s backstory is revealed; she was an architectural genius on the rise, who suffered some sort of major professional blow and retreated from prominence in Los Angeles to mere existence in Seattle.

The climax of the film is more a flurry of revelations, and it’s a lot, but isn’t that life? Everything hits at once, and when it does, Bernadette does the thing that I think many of us have fantasized about doing in similar moments: she disappears, and rediscovers herself in the process.

“Where’d You Go Bernadette” is missing some of the texture of the original novel, which was a wild patchwork of documents — memos, emails, blog posts, police reports — with Bee occasionally serving as a narrator to bridge the gaps. Without a real analogue in the film, the plot, and its quintessentially Hollywood ending, can feel paper thin.

But what the movie retains from its source is exactly what made the book so special. “Where’d You Go Bernadette?” explores how and when women’s anger and creativity become inextricably tied, the points at which they melt into each other, and the moments when one stymies the other.

Over and over again, we’ve seen films that explore male creatives and the ways they lash out or shut down, especially when inspiration has escaped them. The troubled male artist is a trope, as is the female muse who encourages him to reconnect with what brings him joy and make another masterpiece.

In Catholic tradition, Saint Bernadette was a woman who had 18 distinct, holy visions. Early in their relationship, Elgie had given Bernadette a necklace depicting the saint, saying that two of her major architectural projects were her first two visions; she was destined at least 16 more. But after the birth of Bee, Bernadette says her new daughter is all her remaining visions wrapped into one. It’s a beautiful sentiment, but one that hampers Bernadette’s ambition and allows her creativity to wither while she nurses anger over her professional crisis of confidence.

Bernadette is an artist who is no longer creating; here she’s also, albeit begrudgingly, a suburban mother. The targets of her rage are fitting: nosy neighbors, unhelpful pharmacy techs, her husband’s admin. She squirms in the confines of her chosen cell until she chooses to escape entirely in a dramatic, reckless and satisfying fashion. Bernadette upends another well-worn trope: she becomes her own free-spirited muse.