According to its website, most of the proceeds from the event will go toward Michael Flynn’s legal defense fund 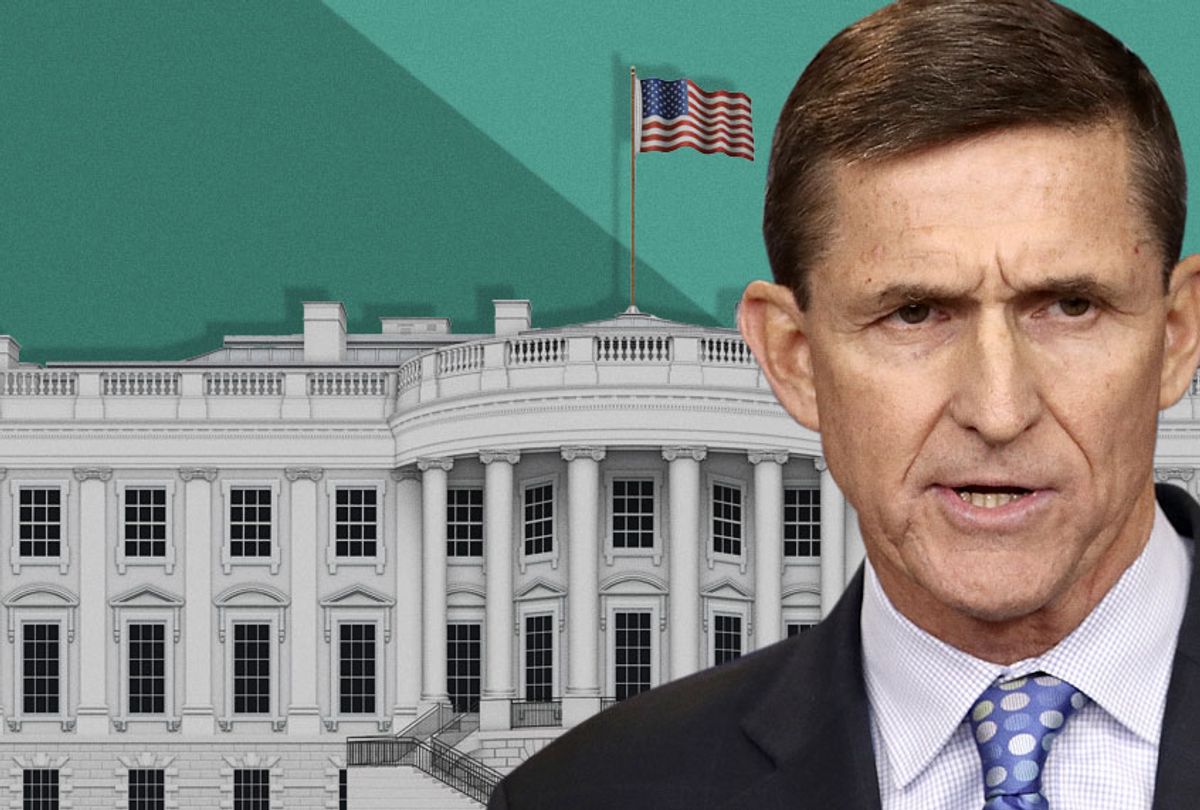 Many right-wing activists avoid discussing the bizarre QAnon conspiracy theory, which claims that: (1) Democrats are involved in an international ring of pedophiles and child sex traffickers, (2) President Donald Trump was put in the White House to secretly combat the ring, and (3) important updates are being sent via an anonymous figure named Q. But others are happy to promote it, including Yippy, Inc. CEO Rich Granville. And Trump allies Michael Flynn and George Papadopoulos, Mother Jones is reporting, are scheduled to speak at a conference Granville is organizing.

The one-day event, scheduled for Sept. 14 in Atlanta, is billed as the Digital Soldiers Conference and claims it is designed to promote a “digital civil war” against “censorship and oppression.” Granville, who has posted many references to QAnon on Twitter, is not the only QAnon supporter who will be speaking at the event: Florida-based online broadcaster Bill Mitchell, another scheduled speaker, has often promoted the QAnon conspiracy theory on his show.

The letter “Q” is one of the ways in which QAnon supporters identify themselves, and the website for the Digital Soldiers Conference depicts an American flag with stars in a “Q” shape. But Granville told Mother Jones that the flag depicted on the site isn’t a QAnon reference but rather, a reference to the fact that Flynn (who briefly served as national security adviser in the Trump Administration in 2017) is a three-star general: three of the stars are depicted in gold rather than white.

Nonetheless, Granville acknowledged to Mother Jones that he is a QAnon supporter. And Mother Jones described Granville’s Twitter account as “littered with references to QAnon.”

According to the Digital Soldiers Conference site, most of the proceeds from the event will go to Flynn’s defense fund. Flynn, like Papadopoulos (a foreign policy adviser on Trump’s 2016 campaign), faced federal charges as a result of lying to the FBI in connection with the U.S. Justice Department’s Russia investigation. Both of them agreed to fully cooperate with former special counsel Robert Mueller’s team, but while Papadopoulos has already served a brief prison sentence, Flynn has yet to be sentenced.