Trump slams Fox News after poll shows him losing to Democratic rivals: "There's something going on"

"Fox has changed, and my worst polls have always been from Fox . . . And I'm not happy with it," the president says 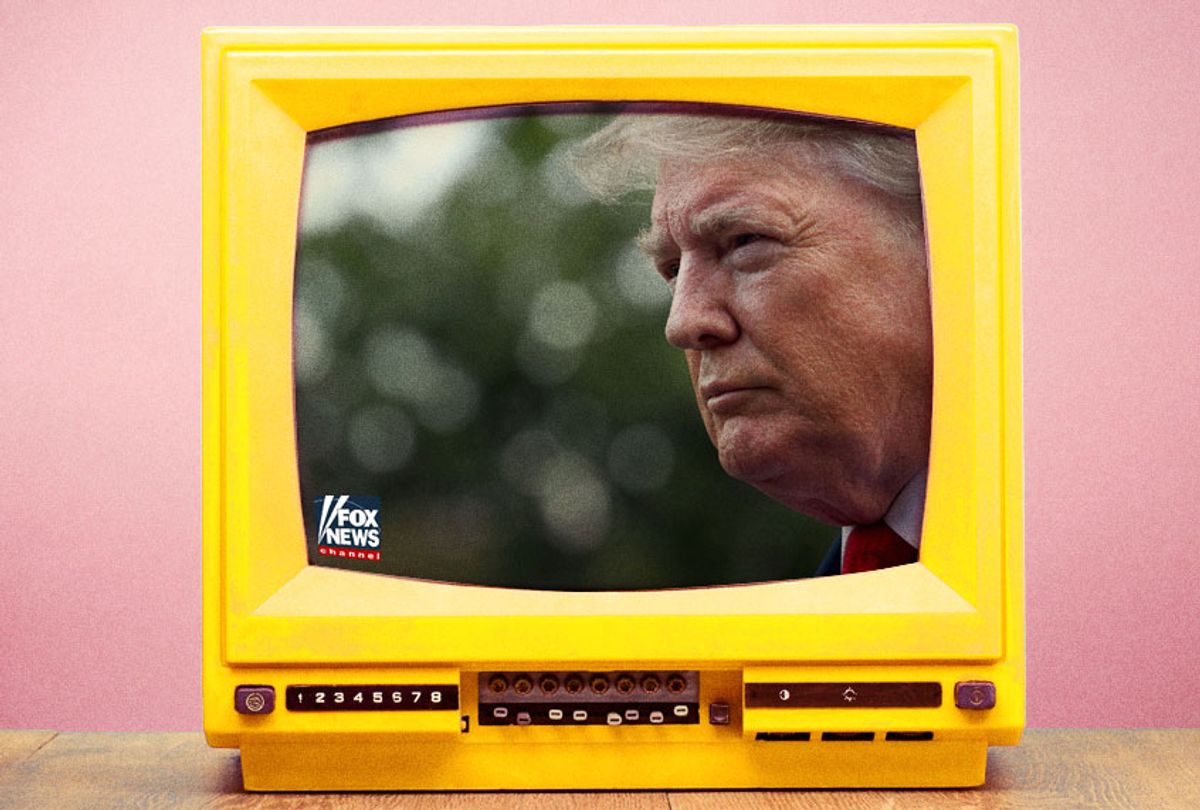 President Donald Trump denounced Fox News after the network released a poll showing him lagging behind the four current frontrunners for the Democratic presidential nomination.

"Fox has changed, and my worst polls have always been from Fox. There's something going on at Fox — I'll tell you right now," Trump told reporters Sunday in New Jersey. "And I'm not happy with it."

The president went on to list which talent on the Fox News roster he was pleased with, while also suggesting that the hosts of the presidential debates could be determined by who treats him most favorably.

"Fox was treated very badly by the Democrats — very, very badly having to do with the Democrats and other things. And I think Fox is making a big mistake," Trump added. "Because you know, I'm the one who calls the shots on the really big debates. I guess we're probably planning on three of them. And I'm not happy with Fox."

"I'm certainly happy, I think, Sean Hannity, and Lou Dobbs," the president continued. "And I think Tucker Carlson, and Laura [Ingraham], and Jesse Watters and Jeannine [Pirro]. We have a lot of great people."

There were at least two factual errors in Trump's remarks: First, he claimed that he "calls the shots" about the presidential debates, when in fact the debates have been controlled by the nonpartisan Commission on Presidential Debates since 1988. The president also repeatedly lumped himself in with Fox News when he referred to the network as "we," even though Trump is at least ostensibly not an employee or manager at the right-leaning station.

On the same day, Trump also took a swipe at Fox News analyst Juan Williams, who has been more willing to criticize the president than other pundits at the network.

"Juan Williams at @FoxNews is so pathetic, and yet when he met me in the Fox Building lobby, he couldn’t have been nicer as he asked me to take a picture of him and me for his family. Yet he is always nasty and wrong!" Trump tweeted on Sunday.

This is not the first time that Trump has attacked Fox when he has perceived the network as being insufficiently favorable to him and his political interests. In April, he complained that Fox News hosted a town hall meeting with Sanders, tweeting: "So weird to watch Crazy Bernie on @FoxNews. Not surprisingly, @BretBaier and the audience was so smiley and nice. Very strange, and now we have @donnabrazile?"

Fox News anchor Bret Baier, who had co-hosted the event with Martha MacCallum, tweeted in response to Trump: "Thanks for watching Mr. President - we’d love to have you on a town hall soon — or even an interview on @SpecialReport —it’s been awhile. We cover all sides."

You can watch Trump's remarks below: