Once thought of as a mere party drug, a new study suggests that MDMA could help treat alcoholism 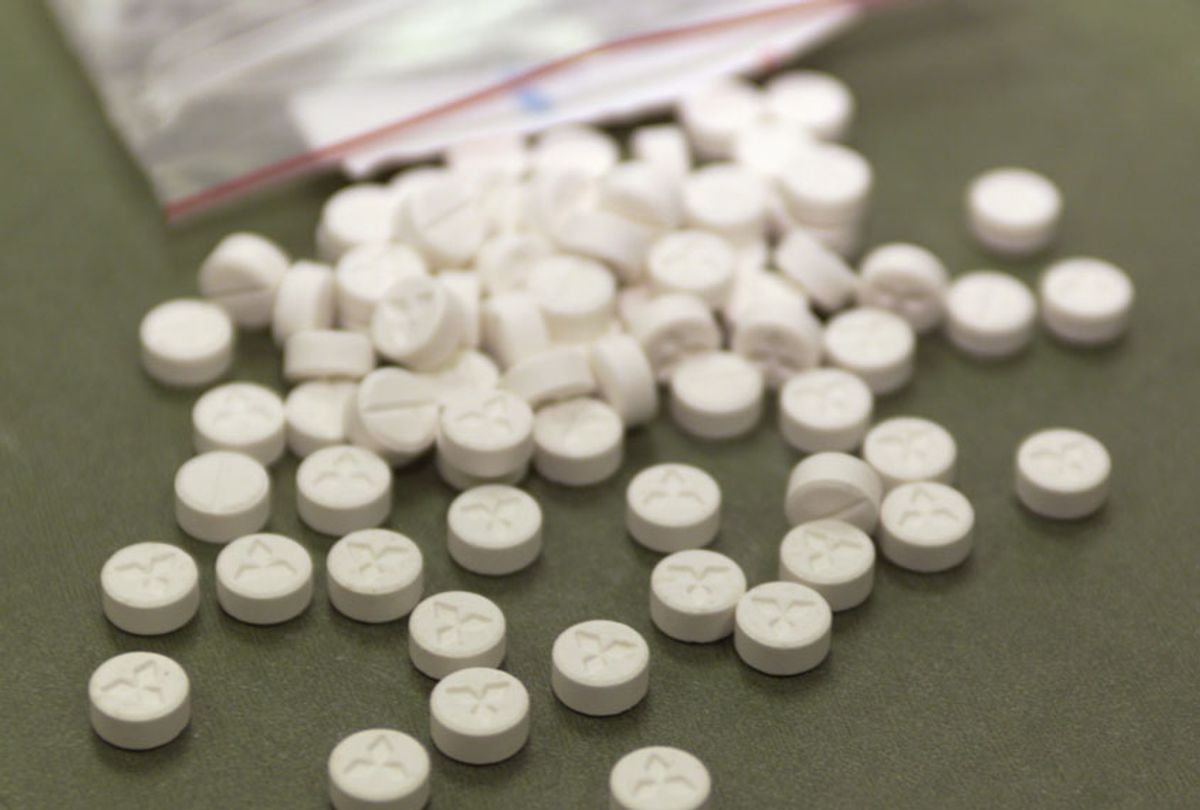 A small bag of Ecstasy (Photo courtesy of U.S. Customs/Newsmakers)
--

MDMA is known for its popularity in the rave and music festival scene, but doctors are testing whether or not the powerful empathy-inducing drug can treat alcohol addiction. As it stands, preliminary results of the first study of its kind show promising outcomes.

According to the Guardian, doctors in Bristol are testing whether a few doses of MDMA, colloquially known as Molly, partnered with psychotherapy could help people overcome an alcohol addiction more effectively than traditional treatments. Only one patient who has completed the trial for the study has relapsed, which is above average for alcoholism treatment. In England, an average of eight in 10 relapse within three years of traditional therapy.

“We’ve got one person who has completely relapsed, back to previous drinking levels, we have five people who are completely dry and we have four or five who have had one or two drinks but wouldn’t reach the diagnosis of alcohol use disorder,” Dr. Ben Sessa, addiction psychiatrist and senior research fellow at Imperial College London, who led the trial, told the Guardian. “With the very best that medical science can work with, 80% of people are drinking within three years post alcohol detox.”

Sessa said that could be in part due to MDMA’s ability to impair the fear response in a patient. This is helpful because it can allow a person to recall childhood trauma without being too scared of recalling it.

The next stage of the study will take the research further to prove MDMA coupled with psychotherapy can be a resource to treat alcoholism. Using a randomized control group, some patients will receive a placebo instead of MDMA.

For the trial study, patients received a medical and psychological tests, followed by an eight-week course of psychotherapy. In weeks three and six they were given MDMA in a hospital with both a psychiatrist and a psychologist present. These sessions take about eight hours, and the participants are mostly lying down wearing eye shades and headphones.

“We let them lead the sessions as to where they want to go. What comes up comes up, so it’s not very guided by the clinicians,” Sessa said.

After the session, patients stay overnight and telephoned once a day for the following week to collect data on sleep, mood and potential suicide risk.

“There is no black Monday, blue Tuesday, or whatever ravers call it. In my opinion, that is an artefact of raving. It’s not about MDMA,” Sessa said. “If there was a craze of people going around abusing cancer chemotherapy drugs, you wouldn’t then think: ‘Oh well, it’s not safe to take cancer chemotherapy when doctors give it to you.’”

Sessa added: “Scientists know it’s not dangerous. The Sun newspaper thinks it’s dangerous because the tiny number of fatalities that occur every year all get on their front page.”

MDMA has been making a medical comeback as of late. From 1977 to 1985, experiential therapists in the U.S. tested the drug during psychotherapy sessions. Books like Michael Pollan’s "How to Change your Mind," have reinvigorated public interest in the creative and therapeutic benefits that psychedelics have to offer.

There has been an array of research to support the use of MDMA in therapeutic settings, particularly around the effectiveness of treating post-traumatic stress disorder (PTSD). For example, research published in the British journal The Lancet Psychiatry in 2018 found that after two sessions of psychotherapy with MDMA, a majority of 26 veterans and first responders with chronic PTSD saw a decrease in symptoms.

Research into MDMA is often prohibitive, particularly in the United States, which has legal limitations on medical research into MDMA. MDMA has been a schedule 1 drug since 1986 in the U.S., though there has been a wave of interest to declassify it for therapeutic reasons. Recently, non-profit groups like the Multidisciplinary Association for Psychedelic Studies (MAPS) have been lobbying to have its legal status changed.