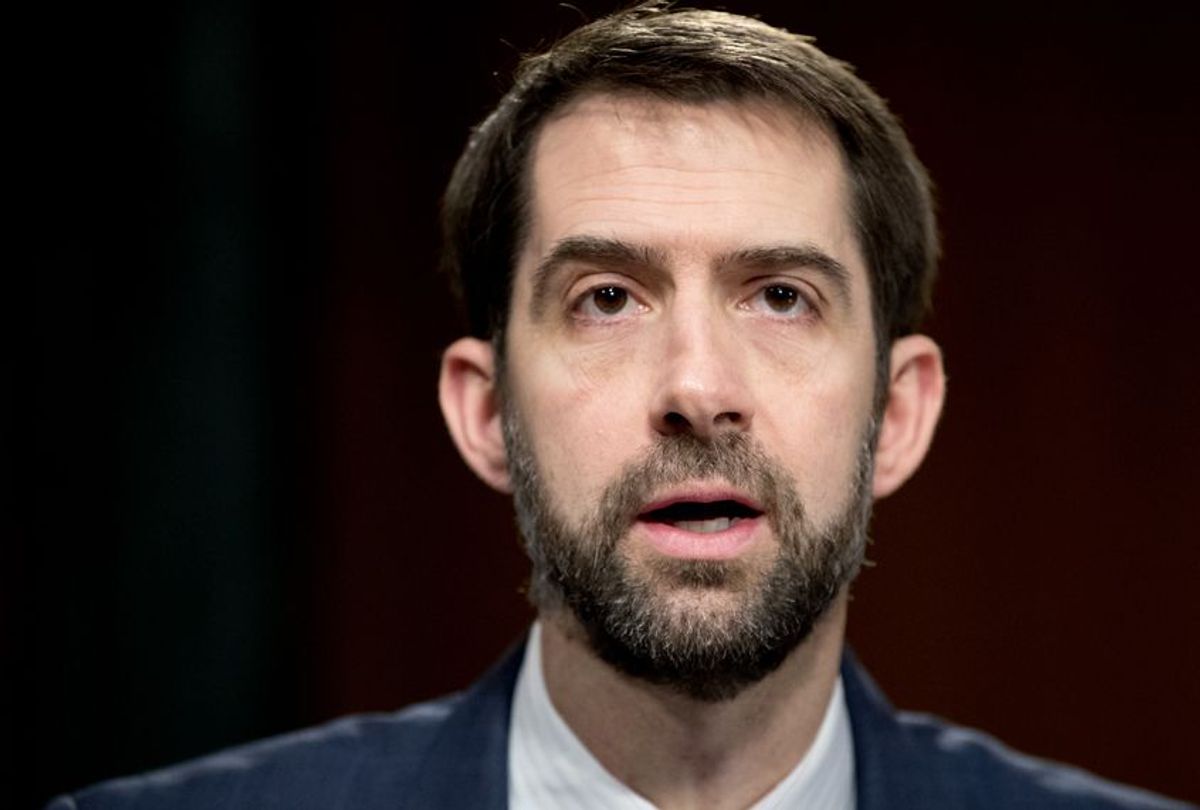 Republican Sen. Tom Cotton of Arkansas announced Wednesday that he was one of the first people who proposed the idea of purchasing Greenland to President Donald Trump, even meeting with the Danish ambassador to discuss a possible sale.

Speaking at an event in his home state, Cotton said acquiring Greenland is "the right decision for this country," according to Talk Business & Politics, an Arkansas business news website.

"I can reveal that several months ago, I met with the Danish ambassador, and I proposed that they sell Greenland to us," Cotton added.

Cotton's remarks came less than a week after reports first emerged that the president had taken an interest in buying the icy 836,000 square-mile island in the North Atlantic.

Trump confirmed his interest on Sunday, telling reporters the idea of acquiring Greenland is "strategically" interesting and would be no different than a "large real estate deal." He later appeared to poke fun at the idea, tweeting a doctored picture of an enormous Trump Tower rising above the island's arctic landscape.

Trump's play for Greenland was swiftly squashed, however, as Denmark's Prime Minister Mette Frederiksen called the idea of selling the territory "absurd" and declared it is "not for sale."

Frederiksen's response prompted the president to cancel his upcoming visit to Denmark, even though he initially said the planned trip was unrelated to his interest in purchasing Greenland. In cancelling the trip, however, Trump noted it was scrapped for that exact reason.

"Denmark is a very special country with incredible people, but based on Prime Minister Mette Frederiksen’s comments, that she would have no interest in discussing the purchase of Greenland, I will be postponing our meeting scheduled in two weeks for another time," Trump tweeted on Tuesday.

Greenland, which is home to roughly 56,000 people, is believed to contain a host of natural resources, including coal and uranium. The U.S. already houses a military base there, part of the nation's ballistic early-warning system.

On Wednesday, Cotton said Greenland's mineral reserves and its strategic location make it valuable acquisition for the U.S. He called Greenland's economic potential "untold" and said the island is "vital to our national security."

"Anyone who can’t see that is blinded by Trump derangement," he said