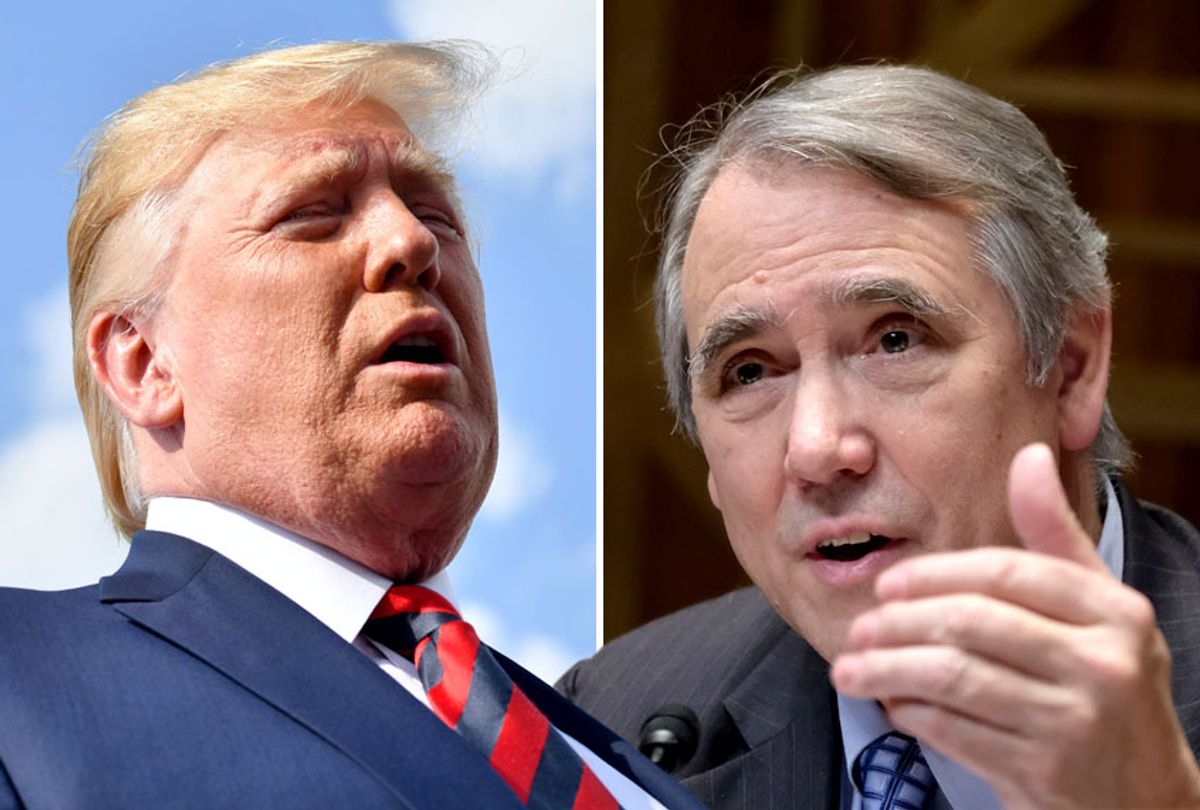 "It is the large-scale imprisonment of children and parents for the duration of their immigration proceedings, which can go on for years," Merkley told ABC News' Mary Bruce on the "Powerhouse Politics" podcast. "And we must not allow America to go back to the philosophy of World War II, where we lock up thousands of families for years at a time."

The senator also countered the Trump administration's claim that the Flores Agreement, which prohibits children from being detained for more than 20 days, encourages migrants to illegally cross the border with children.

Merkley discussed his disgust with the Trump administration's family separation and detention policies during an interview with Salon in June.

"The policy's premise is that hurting children will be useful in deterring families from seeking asylum in the United States. Damaging children in an effort to reduce families seeking asylum is absolutely immoral. It is a horrendous, horrendous policy," Merkley explained. "We have always treated families seeking asylum — who by definition are families who have gone through horrific circumstances overseas — with graciousness. We are a nation of immigrants coming from all corners of the world and many of our ancestors came here escaping persecution. So now trying to dissuade people from coming to the United States by hurting their children is morally bankrupt and out of sync with the soul of America."

He also argued that the administration is trying to conceal the full scale of the human rights abuses occurring at the border.

"It's very clear that the administration is trying to keep the images under wraps of what is involved in this policy. They're trying to keep the impact secret and hidden. I found it very interesting to see the stories over the weekend that the administration considered doing this when Trump came into office and repeatedly reached the conclusion that to injure children in pursuit of deterring families seeking asylum was simply wrong and wouldn't be accepted. Their first judgment was right, that it is wrong and the public is not going to like it, but the administration has just gone way off track here and has decided to inflict this cruel damage to young people and really not care about the result," Merkley explained.

During Trump's State of the Union address earlier this year, Merkley invited a migrant mother and daughter to join him.

"This issue of how we are treating those fleeing persecution as criminals, and the strategy of inflicting trauma on children — hurting children — in order to send a political message of deterrence, this comes from a very dark and evil place in the heart of this administration. We need to shine a very bright light on it," he explained to Salon.