This hire is likely to appease Trump, at least until Fox News releases another poll showing that he's underwater 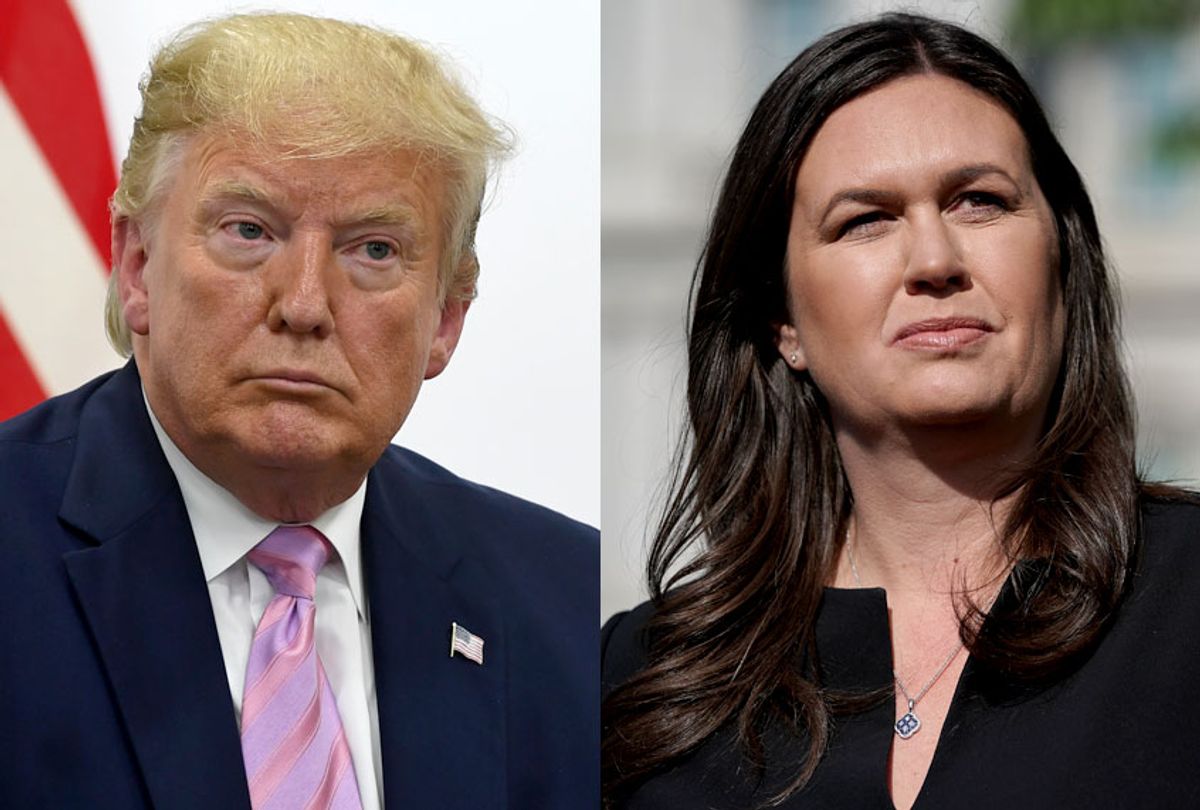 Washington Post media critic Erik Wemple unleashed hellfire on former press secretary Sarah Huckabee Sanders and Fox News for hiring her to deliver the White House spin for the president on their air.

Fox News, which has only modest actual news reporting outside of its opinion arm, but that’s no reason to hire a liar to the network, he explained.

He cited the greatest hits from the Huckabee-Sanders show that happened less and less frequently from the White House podium. He included everything from the time she doctored a video of CNN’s Jim Acosta to accuse him of assaulting a White House intern to her accusation of “fake news” to every question she didn’t like.

She even made an appearance in special counsel Robert Mueller’s report for having “essentially fabricated the notion that FBI officers cheered President Trump’s May 2017 firing of then-FBI Director James B. Comey,” Wemple recalled.

The daughter of the failed presidential candidate announced in 2018 that she would be leaving the White House around the beginning of 2019. That didn’t happen, though it was never explained why. One possible concern was that White House aides were “too toxic” to work anywhere else in Washington. While companies typically jump at the opportunity to hire a former White House staffer, things have been different for President Donald Trump’s team.

Corey Lewandowski had to start his own firm, which he was eventually shoved out of, Anthony Scaramucci went back to doing investments and published a book before starting his own super PAC this week. Sean Spicer has floundered around doing some conservative commentary and desperately trying to clean up his image as a lousy liar. Now his options seem to be limited to “Dancing With the Stars,” where former Rep. Tom DeLay (R-TX) went after being sentenced to three years in prison and former Gov. Rick Perry went after being embarrassed in the presidential race.

“Fox News has been the number one news organization in the country for 17 years running and I am beyond proud to join their incredible stable of on-air contributors in providing political insights and analysis,” said Sanders in a statement about her new gig.

The thought was that she would run for governor of Arkansas. If she returns to her home-state she could still make it happen and Democrats, firmly aware of her lack of popularity, are begging her to do it.

One thing Wemple noticed in the announcement from Fox News is that the network failed to find any accomplishments to list as part of Sanders’ time in the White House.

“From July 2017 through June 2019, Sanders served as the White House Press Secretary for President Donald Trump. As the third woman and first mom to ever hold the position, Sanders was the administration’s chief spokesperson. She joined the administration as Deputy Press Secretary in January 2017 after previously working as a senior adviser for the president’s election campaign,” the description reads.

Fox has changed, and my worst polls have always been from Fox. There’s something going on at Fox, I’ll tell you right now, and I’m not happy with it,” Trump said in a Sunday rant about the network.

This hire is likely to appease Trump for a while, at least until the network releases its next poll that shows the president is still underwater.

Huckabee-Sanders’ first appearance on Fox News “will appear on the Sept. 6 edition of ‘Fox & Friends,’ Wemple revealed. “In other words, she’ll still be briefing the president on a regular basis.”