A Fox News afterlife for Sarah Huckabee Sanders: Why she's perfect for the job—and Sean Spicer's not

A credibility problem is only a problem for a bad liar like Sean Spicer. For Sarah Sanders, it's a Fox News asset 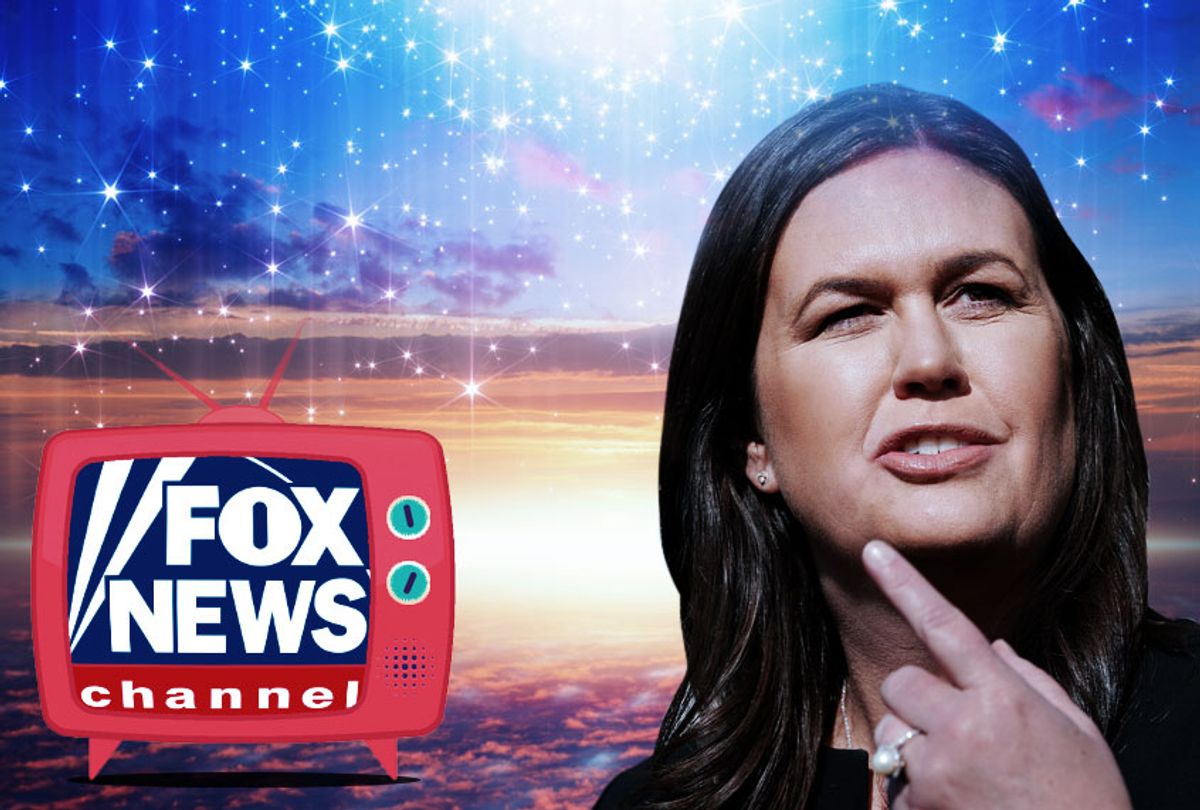 Two years' time changes the meaning of things — definitions, positions, reputations — to the point that traits once considered disqualifying become assets. This isn’t merely a result of hindsight, but the spoiling effect of an era of drowning in disinformation and false balance. This transformation can most plainly be seen in the difference between two White House Press Secretary’s afterlives, that of Sean Spicer versus that of Sarah Huckabee Sanders.

When Spicer got the boot in July 2017, flaming out after a mere six months on the job, it was commonly accepted that there would be no cushy cable news contributor job waiting for him as there was for Donald Trump’s other flunkies like Corey Lewandowski, Anthony Scaramucci and Sebastian Gorka.

None of them had been transformed into a national joke by Melissa McCarthy on “Saturday Night Live,” which effectively neutered a man who had already shown himself to be a stammering, disheveled bag of sadness.

Thus in 2017 when NBC reported what the world already suspected — that CBS News, CNN, Fox News, ABC News and NBC News declined to offer Spicer a job due to “a lack of credibility” — we snickered in a collective cloud of schadenfreude, content that the universe was delivering a richly deserved comeuppance to a liar.

Spicer made a modest attempt to rejoin public life with the publication of the book he wrote that nobody wanted in 2018, only to be slapped back into his hidey-hole. And nobody seems excited that ABC has cast him on “Dancing with the Stars” except the toady’s number one fan (now that he doesn’t have to look at him every day).

But Sanders is different. Sanders' tenure as White House Press Secretary was four times as long as Spicer’s and filled with many more lies delivered much more aggressively and without breaking a sweat. Her cool, unflappable mendacity inspired comedian Michelle Wolf to crack that she burns facts and uses the ash to create “a perfect smoky eye” during April 2018’’s White House Correspondents’ Dinner.

Spicer is a terrible liar in ill-fitting suits, whereas Sanders is a polished, crisply-tailored deceiver. And so, in the same week that ABC was met with a figurative rotten-tomato pelting for hiring Spicer and contributing a six-figure paycheck and dance lessons to his bank account, Fox News’ announcement of their hiring of Sanders as a contributor resulted in a resounding, “Yup, that tracks.”

Sanders will appear on all Fox News Media channels, including Fox News Channel, Fox Business Network, Fox News Digital, Fox Nation, on radio shows and podcasts. Accordingly, her first appearance will be on the Sept. 6 episode of one of her former boss’ favorite shows, “Fox & Friends.”

But what about her credibility, widely understood to be shredded? It’s all in how you define that term.  Sanders' time as White House press secretary reminded us time and again that credibility is about belief, not honesty.  It’s not about the integrity or truth of what you’re selling but the confidence with which you make the sale.

She took the public relations concept of spinning, previously defined by Bill Clinton’s press secretary Dee Dee Myers as the act of "marshaling the facts in service of an argument, the way a skilled debater would" and completely disregarded the part about the facts. And Fox News Channel hosts repeated her lies.

For example, lying about rank-and-file FBI agents allegedly having lost confidence in their former boss James Comey as an excuse for Trump firing him became “a comment she made ‘in the heat of the moment’ that was not founded on anything” and “a slip of the tongue” when special counsel Robert Mueller questioned her under oath.

Another memorable achievement was her circulation of a poorly manipulated video of CNN reporter Jim Acosta alleged laying hands on an intern, in an attempt to justify the suspension of his press credentials. This denial of access and attempted smearing was in retaliation for Acosta engaging in a heated exchange with Trump. His credentials were eventually restored; the point wasn’t Acosta’s banishment but Sanders’ flex.

This is one of several ways Sanders redefined the White House press secretary’s job and obligations. Previous administrations treated the position as a service to the American taxpayer, a person charged to update the public about what the nation’s top executive was doing on their dime, even if by selectively choosing which facts to mention. They did this by way of a daily White House Briefing.

This was true for more than 50 years before Sanders took over the podium. She, in contrast, treated her appearances as a rare blessing that the mouthpiece of the president would bestow on the lowly wretches angling for her attention. By the time she left her job, she had not held a briefing for nearly 100 days and not even two hands full in 300 days.

But in the eyes of Trump and his supporters, that was a sign that she killed it in her job. When Sanders showed up on newscasts, they saw her beating up on the “fake news” media during those infrequent press conferences.

Sanders' love of playing fast and loose with notions of honesty, and her unrepentant disdain of those who demanded it of her, made her the bane of journalists who work with facts and ethics. But the MAGA set view her as the team’s star player.

And after all that, the fact that she could reply to a reporter’s question of what she wanted her legacy to be by saying, with a straight face, “I hope that it will be that I showed up every day and I did the very best job that I could to put forward the president’s message . . . To be transparent and honest throughout that process and do everything I could to make America a little better that day than it was the day before” makes her Fox prime time host material.

A Fox News contributor gig would have been inevitable for her in any case, given her lineage and ambitions.  Her father Mike Huckabee also cashes the Murdoch family’s money as a Fox News contributor. What’s more, in tweeting the news of her departure, Trump mentioned his hopes that she’d run for governor of Arkansas, an office once held by her dad. Sanders hasn’t publicly mentioned a political run, but you better believe she’s being courted.

Fox News is a necessary waystation with a revolving door for Republicans seeking office or a lucrative political position. Fox has always been a propaganda horn for Trumpism, but as of this year a number of administration loyalists hold key positions at the network, with former Fox News personalities and executives ensconced at the White House.

And Sanders also voiced her desire to help secure Trump’s re-election as she left the White House. There’s no better place to do that than at Fox News, according to a Pew Research Center survey. Sanders’ new employer was the go-to news source for 40% of Trump voters during the 2016 election and has been the main news and information well for conservatives in general.

That’s why, by Media Matters’ accounting, Sanders appeared on Fox News 67 times during her tenure at 1600 Pennsylvania Ave, deigning to submit to interviews on CNN six times and never darkening the doorstep of MSNBC. That's also why two liars who held the same job can be treated so differently when they exit.

Spicer was only around long enough to kick off Trump and the GOP’s disinformation campaign, while Sanders had the time to nurture it, to help it flourish. Spicer was awkward at the art of lying, while Sanders was raised to play the game and became a Fox News ally. Peddling inaccuracy to serve the right-wing agenda is the Fox brand and the artistic medium Sanders has mastered.

Sarah Sanders was already living in the Fox News building. Might as well add her to the lease.