Why the Trump administration is obsessed with buying Greenland 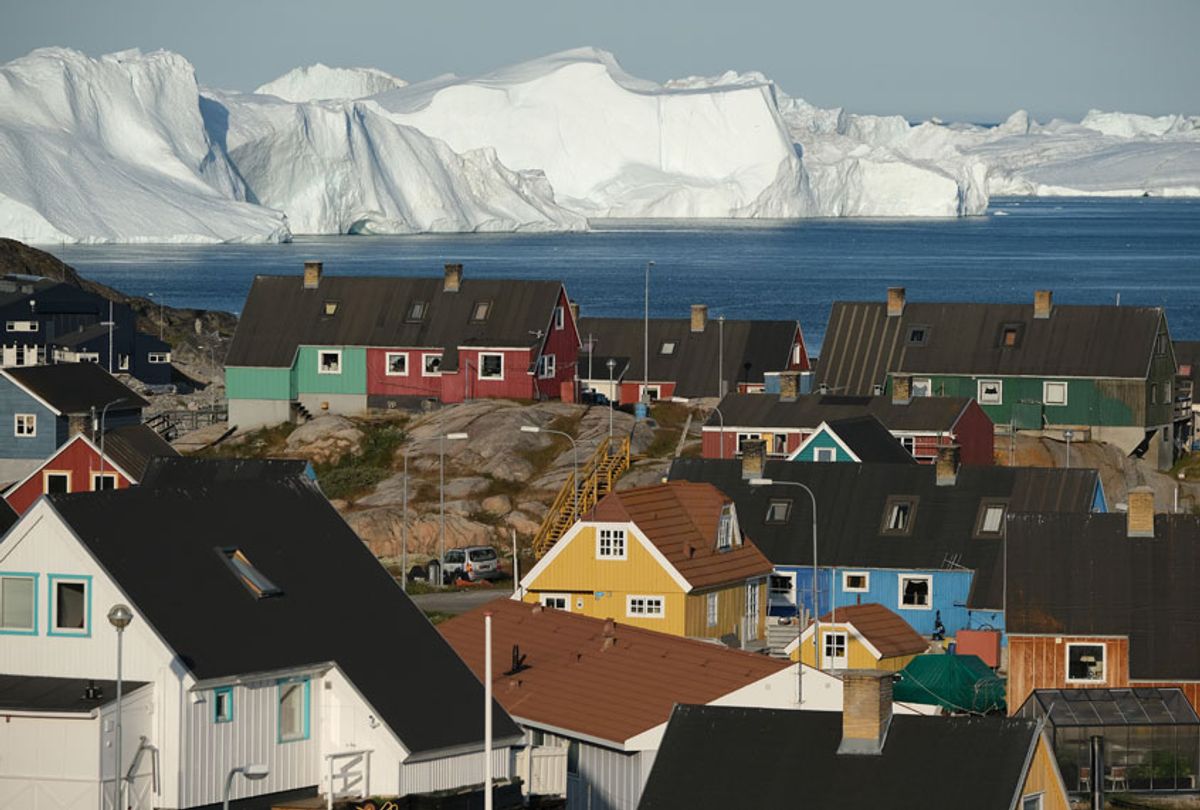 They say that history repeats itself, first as tragedy, then as farce. Remember that President Harry Truman tried to purchase Greenland in 1946; now, in 2019, President Donald Trump is trying to do the same thing.

To be clear, Trump’s farcical, “absurd” idea — to borrow the adjective used by Danish Prime Minister Mette Frederiksen — is not happening, and was never going to happen. As Frederiksen pointed out, Greenland is “not for sale." Trump, for his part, has not backed down from the idea.

Yet precisely why the president wanted to buy the icy, semi-autonomous island nation was never entirely clear. He, certainly, was never transparent on it; it is a remote locale, with little development and a tiny population. So what, precisely, is going on?

Curiously, buying Greenland has, as of late, become a popular idea in Republican circles. Senator Tom Cotton, R- Ark., said on Wednesday that he introduced the idea to Trump. Specifically, Cotton said acquiring Greenland is "the right decision for this country," according to Talk Business & Politics, an Arkansas business news website. "I can reveal that several months ago, I met with the Danish ambassador, and I proposed that they sell Greenland to us," Cotton added.

He called Greenland's economic potential "untold" and said the island is "vital to our national security. "Anyone who can’t see that is blinded by Trump derangement," he said.

What exactly is this so-called economic potential? For one, Greenland’s vast mineral and energy resources include iron ore, lead, zinc, diamonds, gold, rare earth elements, uranium and oil, to name a few. As the Arctic ice continues to melt due to global warming, these minerals and natural resources will become more accessible for extraction.

In other words, instead of trying to preserve what sea ice is left in the Arctic Ocean, Trump and the Republican party want to capitalize on its demise. That the majority of the Republican party, Trump included, publicly deny climate change makes this irony even richer.

As Salon has previously explained, sea ice in the Arctic Ocean can be compared to ice cubes in a glass of water. As the ice melts, it does not directly change the water level in your glass because the ice was already there — but at some point, it ceases to keep the glass cold. In the case of Earth, the glass of water is the world’s oceans. Scientists have warned that, as the sea ice melts, this will investiably raise the temperature of the ocean faster.

In 2018, the National Oceanic and Atmospheric Administration’s (NOAA) annual Arctic Report Card noted that only five percent of the Arctic Ocean’s old sea ice remains, and part of that is in Greenland. This summer, ice sheets in Greenland have been melting faster in the last decade. Greenland also experienced two of the biggest melts since 2012.

Greenland has long been considered a frontier for oil, gas, and minerals, but conditions have been too harsh to be economically feasible. Exactly how mineral-rich the land beneath the ice sheets really are is unknown, as it has not been possible to explore these depths.

A recent paper by researchers at the Brookings Institution, on the economic potential of Greenland, explained that the effects of climate change are relaxing these prior constraints, “extending the summer season and exposing more areas of land to geologic research.”

Notably, some of Greenland’s rare earth elements could be used to build the mechanical and electrical systems that run electric vehicles.

Researchers added that the larger part of the island, which has not been explored yet, may result in significant findings in the years to come. However, current predictions are mainly based on the knowledge researchers deduced from nearby areas with similar geology, like northern Canada and Norway.

Interestingly, the speculative high value of rare earth elements could partly be based on misconceptions of China’s cornering of the global rare earth supply chain, according to the Brookings researchers.

However, some say the Trump administration’s interest in Greenland may be tied a new polar trade route that will inevitably appear as Arctic sea ice melts. In May, Secretary of State Mike Pompeo delivered an address at the Arctic Council Ministerial Meeting in Finland in which he praised the melting of the Arctic’s sea ice.

"The Arctic is at the forefront of opportunity and abundance," Pompeo said. "It houses 13 percent of the world's undiscovered oil, 30 percent of its undiscovered gas, an abundance of uranium, rare earth minerals, gold, diamonds, and millions of square miles of untapped resources, fisheries galore."

"Steady reductions in sea ice are opening new passageways and new opportunities for trade," he continued. "This could potentially slash the time it takes to travel between Asia and the West by as much as 20 days."

Such a passageway would come at a high cost. Melting sea ice can lead to melting continental glaciers, called ice sheets, and melting permafrost. The melting of permafrost will lead to methane leaks, an even more potent greenhouse gas, which would cause further global warming.

This coupled with other modern climate change–related disasters, does not bode well for the future survival of our species. Oddly, the Trump administration does not see it that way, but rather as an opportunity.