While we weren't watching: A week of new lows in immigration cruelty

Wasn't that Popeye's sandwich good? In other news, creeping fascism made great strides on the immigration front 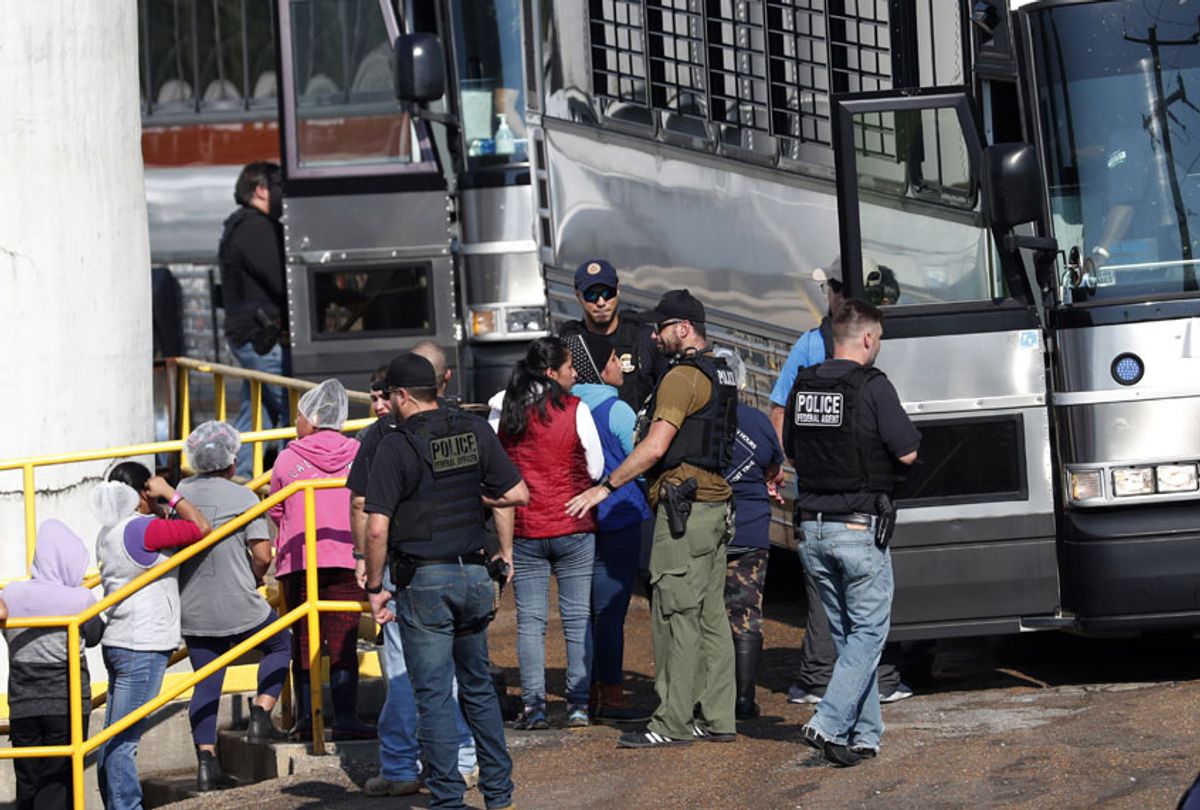 While most of the nation was distracted by a corporate war over fried chicken sandwiches and the president’s claims to messiah status, the Trump administration managed to have one of the most destructive weeks on immigration yet.

It began on Monday with a closed-door background briefing with reporters handpicked by the Department of Homeland Security (DHS) to selectively announce the unilateral cancelation of the 1997 Flores Settlement Agreement, which limits the time children can spend in immigrant detention and establishes minimum standards for the holding facilities for families and children. The Trump administration now plans to hold children with no deadline for release, a practice known to cause long-term developmental harm.

The Flores settlement was established in 1984 by a federal court, after two young girls were forcibly stripped naked and subjected to vaginal and rectal searches at a facility run by CCA, now known as CoreCivic. The same group now operates the Dilley detention facility in Texas, where migrants sleep on concrete floors in a refrigerated building with only the protection of Mylar blankets. As Martin Garbus reported from the facility earlier this year, “Bathroom breaks are frequently not granted, or not in time, so both women and children often soil themselves.”

CoreCivic contributed $250,000 to President Trump’s inauguration. A month later, the Department of Justice revoked an Obama-era initiative to phase out the use of private contractors to run federal prisons. Today, more than 65 percent of detainees held by DHS are housed in privately run facilities.

The administration, which has sought to eliminate the Flores Settlement for more than a year, was able to control the narrative for days before the rule changes were officially published on Friday. By limiting access to select journalists, the administration misleadingly described the Flores settlement as a loophole, claimed the new rules would provide high standards for the care of children, and argued this serves as a deterrent — which the courts have already rejected as justification for detention — with little pushback.

In reality, the administration’s new rule would grant DHS the ability to detain children with their families for prolonged periods of time, undermining Section VI of the settlement which stipulates to a “general policy favoring release.” Furthermore, Flores states that children may only be detained in facilities licensed by “an appropriate State agency,” which provides some measure of independent inspection and control. The Trump administration's changes, on the other hand, allow for an "alternative" to licenses set by a third party.

Unaccompanied minors are no longer afforded a bond hearing before an immigration judge, according to the rule changes. Instead, a government "hearing officer" from Health and Human Services (HHS), which also handles appeals, will oversee bond hearings, effectively wiping out any semblance of independence or impartiality.

On Tuesday, the Trump administration followed up its surprise announcement to ditch the Flores Settlement by announcing that it would not provide flu vaccines to families locked away in overcrowded migrant detention facilities, citing “the short-term nature of CBP holding.” At least seven immigrant children have already died in the Trump administration’s custody — three from infectious diseases. The U.S. had previously gone almost a decade with no children dying in U.S. immigration custody.

On Wednesday, the ACLU reported that a U.S. citizen was detained for four days in a Louisiana jail — despite carrying a valid passport, a driver’s license and a Social Security card. The local sheriff’s office defended his illegal detention by explaining that they had a policy of detaining all suspected Latino people for immigration review. Immigration enforcement and policymaking has increasingly devolved to the local level under the Trump administration as a means to avoid federal scrutiny, allowing for such blatant racial profiling. ICE has actively recruited and pressured county sheriffs to “cooperate,” and the president recently attacked North Carolina Gov. Roy Cooper, a Democrat, for vetoing a bill that would have forced such collaboration.

The Trump’s administration's no good, very bad week on immigration was capped off by a Thursday report by Buzzfeed News that Justice Department contractors had sent emails containing links to white supremacist websites, specifically calling for violence against immigration judges, to those judges.

The post by VDARE featured links that directly attacked immigration judges with racially tinged slurs and a specific anti-Semitic reference about Jews and power, according to a letter sent Thursday by judges’ union president Ashley Tabbador to James McHenry, the director of the Executive Office for Immigration Review at the Justice Department.

After canceling press briefings following the report, the DOJ claimed the email had been sent by accident. Anything's possible, but the chronology of events is suspicious and such emails have been sent more than once. It seems more likely that someone at Justice approved it, and not just a low-level flunky.