Transgender hate crimes are on the rise, even in Canada

Up until recently, trans folks have not been protected by Canadian human rights legislation 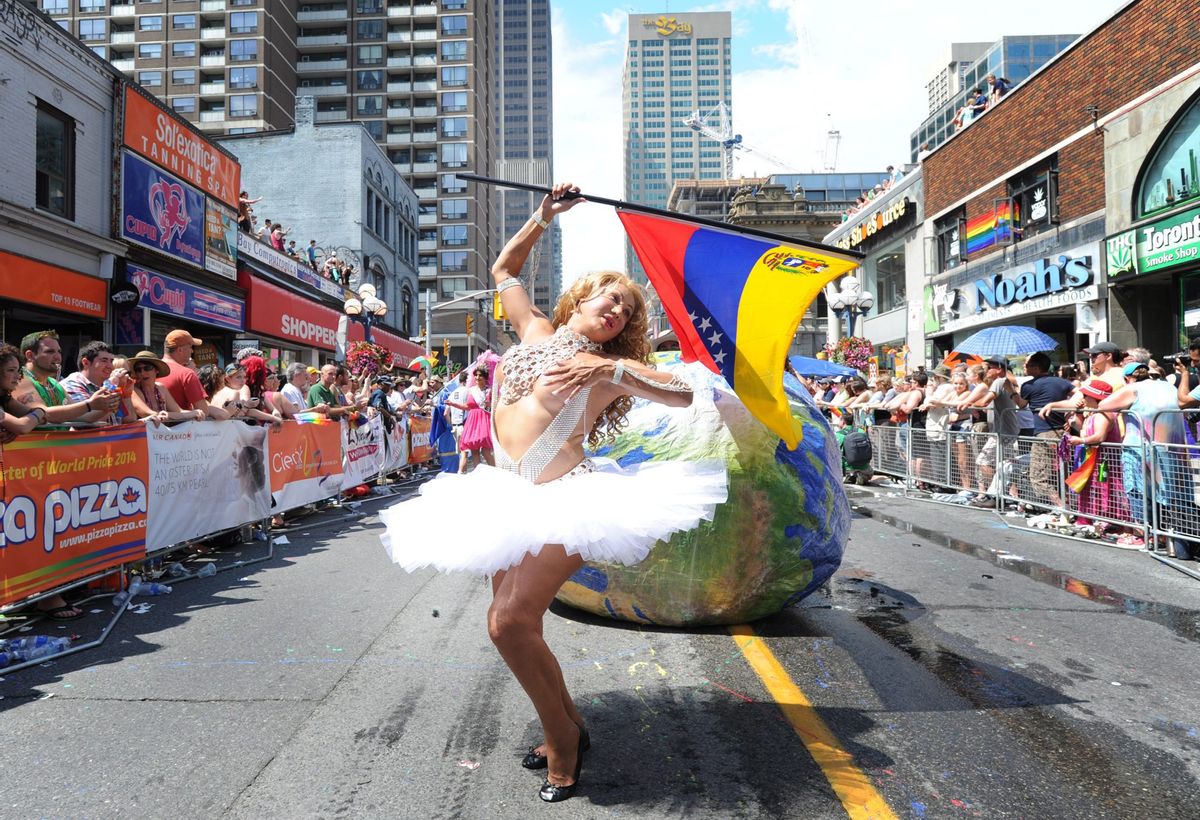 Parade goers celebrate during the WorldPride Parade in Toronto, Sunday, June 29, 2014. The parade, which is the culmination of WorldPride 2014, attracts over a million people. (AP Photo/The Canadian Press, Kevin Van Paassen) (AP)
--

Canada has a good reputation for LGBTQ rights. Federal political leaders, including Prime Minister Justin Trudeau and federal NDP Leader Jagmeet Singh, attend pride parades across the country. But a rising tide of violence against transgender people raises the question: what will Canada do to protect trans and nonbinary people from targeted violence?

I am a security and surveillance doctoral researcher and recently received a Pierre Elliot Trudeau Foundation scholarship to further look into anti-transgender trolls and digital vigilantes.

On a personal level, the hostility I’ve faced in the year and a half of transitioning as a trans woman has been immense. I’ve been aggressively harassed several times on Ottawa streets. I’m subject to constant weird looks, angry glares and misgendering. For these reasons, I battle anxiety as I leave my apartment, obsessing with how I look. If I look out of place it might provoke someone to lash out. This vortex of hostility and fear makes it challenging for me to trust strangers in my own community.

On July 22, Statistics Canada published police-reported nationwide crime statistics for 2018. The report includes a table on hate crime that includes sexual orientation. Although the “gender identity and expression” category was recently adopted in the federal hate speech legislation, it does it not have its own category in the charts for the official Statistics Canada report. Statistics Canada says those hate crimes are reported as “transgender” and “agender” but gets put into the “other” category within “sex.”

Before the new wording in the legislation, police had not kept an official record on the hate crimes against trans and nonbinary folks. This invisibility had troubling implications for our criminal justice system. With no record of the violence we experience, there was no need for the government to act.

Now that there is an official federal category, will we start to see changes in the reporting of the violence? It seems like we still have a ways to go.

The vitriolic national debates around Bill C-16 which proposed that the Canadian Human Rights Act be amended to include trans and nonbinary folks set the tone for transgender rights in Canada. The legislation was successful, but the language of hatred used by far-right politicians and residents around the legitimacy of transgender and nonbinary identities had a chilling effect on our feeling of public safety and security.

This climate of fear for trans and nonbinary folks has been distilling for years. The category of “sexual orientation” was officially added to the Canadian Human Rights Act in 1996 after a former Canadian Armed Forces captain, Joshua Birch, was discharged for publicly identifying as gay. Birch and his team argued that the exclusion of sexual orientation from human rights legislation constituted a form of discrimination.

Roughly two decades later, transgender folks became recognized as a protected class. Up until recently, trans folks have not been protected by Canadian human rights legislation.

Recently in Ontario, Premier Doug Ford and his government meddled with how transgender issues are taught in the primary educational curriculum. The Ford administration decided the topic of “gender identity” was not “age appropriate” for grade school and removed it from the curriculum, postponing this lesson to Grade 8.
Ford’s move reinforces the negative idea that being transgender is inappropriate and exceptional.

In a journal article published in Critical Criminology, researchers Barbara Perry and Ryan Scrivens from the Centre on Hate, Bias and Extremism at the University of Ontario Institute of Technology make the argument that hate crimes grow substantially in “enabling environments” where people are given a tacit “permission to hate.”

Another example of this can be found in the United Kingdom, where the police do keep a record of anti-transgender hate crimes. In a recent article, the BBC reported that there had been an 81 per cent increase in crimes against transgender and nonbinary folks in just one year.

This increase in violence has thrived in the context of growing public hostility towards trans people. The BBC article reports: “Transgender people have their existence debated on a near daily basis across U.K. media, and several activists believe this negative attention reinforces the poor treatment they receive on our streets.”

Despite the lack of police data, there has been some research into the struggles faced by trans Canadians. In 2013, the Trans PULSE Project published results of a survey of 433 trans Ontarians. Their report said, “experiences of transphobia were nearly universal among trans Ontarians, with 98 per cent reporting at least one experience of transphobia.”

Another survey conducted by Egale in 2011, which surveyed 3,700 LGBTQ students across Canada, reported that 74 per cent of trans students in Canada faced verbal harassment and 37 per cent have faced physical harassment.

By not explicitly naming the violence, the state demonstrates complicity in the invisibility and violence that trans and nonbinary folks face.

When police institutions ignore the existence of hate crimes, it sets up an environment that enables more violence and harassment. Analyzing a series of police interviews, Perry and Scrivens found police were generally apathetic around the rising threat of far-right hate crimes.

They wrote: “In addition to the neglect paid to any known right-wing extremism presence, some police personnel deny — at least publicly — that there is any risk associated with the extreme-right. They trivialized their potential for growth and violence.”

Election season is just around the corner, there is no better time to put the fire under the feet of our elected representatives.

In the meantime, Trans PULSE is conducting another large survey into the experiences of transgender and nonbinary folk. Share, and if applicable, participate. This is an opportunity to build a record of our experiences in the vacuum left in the wake of our exclusion from the institutional memory.

We need to have a collective conversation about the consequences of the widespread oppression and persecution many of us face when general anti-trans hostility is allowed to fester unacknowledged.

[ You’re smart and curious about the world. So are The Conversation’s authors and editors. You can read us daily by subscribing to our newsletter. ]