James Mattis takes aim at Trump in new essay: "A polemicist’s role is not sufficient for a leader"

"We all know that we’re better than our current politics. Tribalism must not be allowed to destroy our experiment” 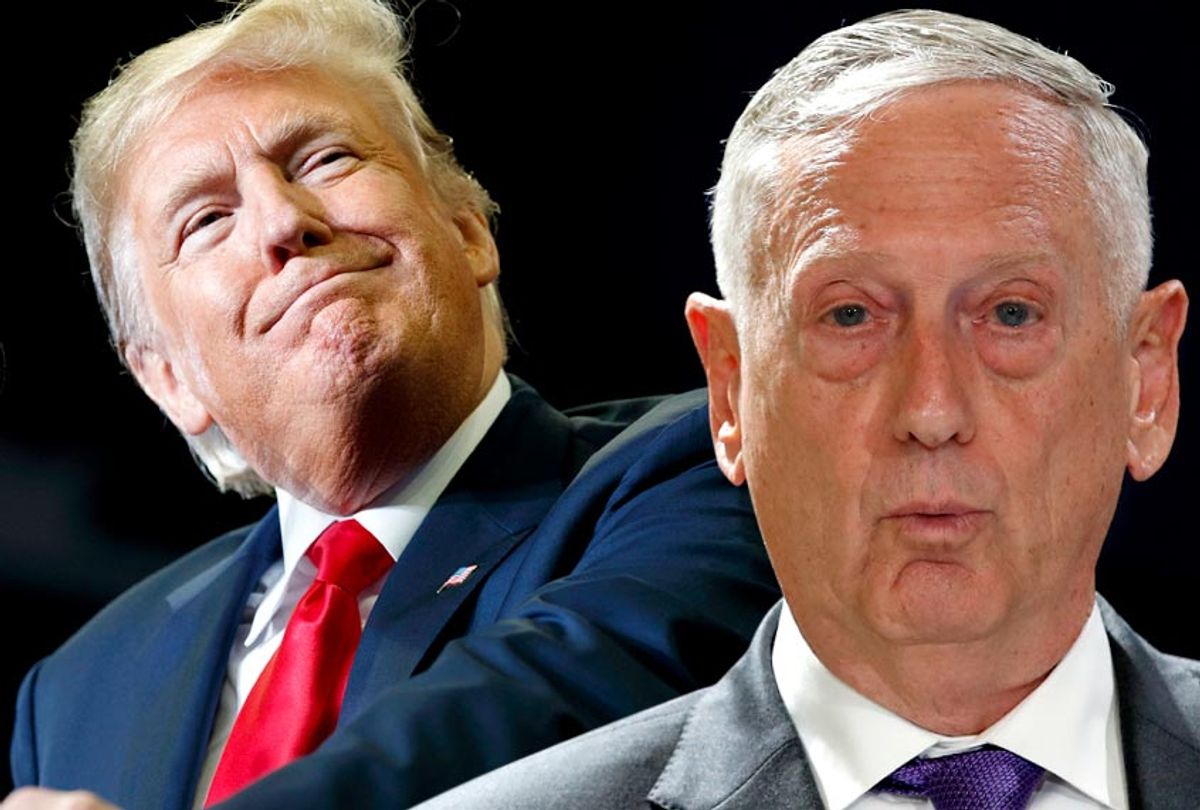 President Donald Trump’s former Secretary of Defense James Mattis has published his first extensive comments since leaving the administration nearly a year ago.

Mattis shared an excerpt from his upcoming book “Call Sign Chaos: Learning to Lead” with the Wall Street Journal, which published an essay based on those writings that explains his decision to accept Trump’s offer to lead the Pentagon — and touches on his decision to step down.

“Using every skill I had learned during my decades as a Marine, I did as well as I could for as long as I could,” Mattis wrote. “When my concrete solutions and strategic advice, especially keeping faith with our allies, no longer resonated, it was time to resign, despite the limitless joy I felt serving alongside our troops in defense of our Constitution.”

The retired U.S. Marine Corps general took several veiled shots at the president, his domestic leadership and his understanding of the United States’ role in the world.

“Nations with allies thrive, and those without them wither,” he wrote. “Alone, America cannot protect our people and our economy.”

“At this time, we can see storm clouds gathering,” Mattis added. “A polemicist’s role is not sufficient for a leader. A leader must display strategic acumen that incorporates respect for those nations that have stood with us when trouble loomed. Returning to a strategic stance that includes the interests of as many nations as we can make common cause with, we can better deal with this imperfect world we occupy together. Absent this, we will occupy an increasingly lonely position, one that puts us at increasing risk in the world.”

Mattis warned that Trump’s domestic leadership had ripped apart American unity, and he said that placed democracy itself in danger.

“Unlike in the past, where we were unified and drew in allies, currently our own commons seems to be breaking apart,” he wrote. “What concerns me most as a military man is not our external adversaries; it is our internal divisiveness. We are dividing into hostile tribes cheering against each other, fueled by emotion and a mutual disdain that jeopardizes our future, instead of rediscovering our common ground and finding solutions.”

“All Americans need to recognize that our democracy is an experiment — and one that can be reversed,” he added. “We all know that we’re better than our current politics. Tribalism must not be allowed to destroy our experiment.”