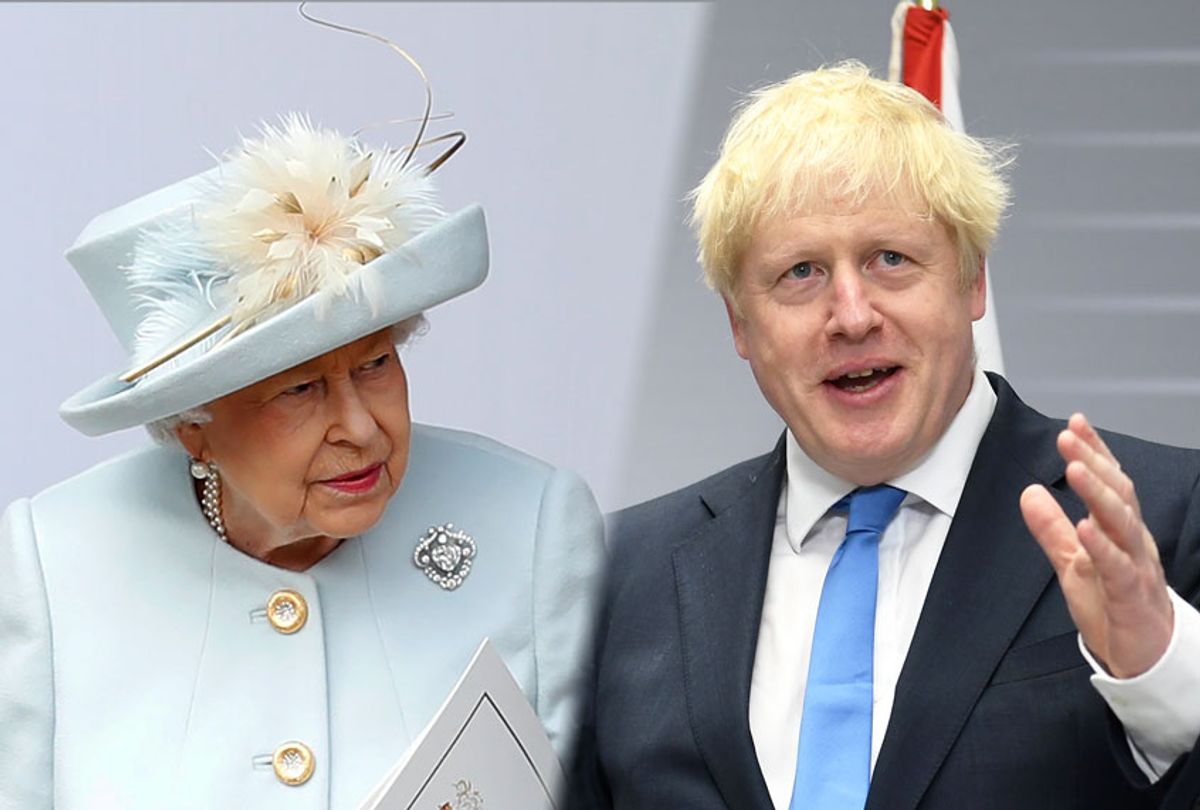 Queen Elizabeth II has granted Boris Johnson's request to lengthen Parliament's suspension, a move which could increase the likelihood of a "No Deal" Brexit.

Johnson claimed that he made the unprecedented request in order to ensure that "our plans to take this country forward" proceed unabated during a video interview Wednesday.

"To do that, we need legislation. We’ve got to be bringing forward new and important bills," the prime minister said. "And that’s why we are going to have a queen’s speech, and we’re going to do it on Oct. 14. We’ve got to move ahead now with a new legislative program."

Raheem Kassam, the former editor-in-chief of Human Events and Breitbart News London, told Salon that he supports Johnson's decision. Kassam, who was a chief adviser to former U.K. Independence Party leader Nigel Farage, also predicted that the nation has entered its "last few months of membership" with the European Union.

"Her majesty the queen is exercising her responsibility as constitutional arbiter after three years of a deadlocked parliament, whose only aim seems to have been to thwart the expressed democratic will of the British people as expressed on June 23, 2016," Kassam told Salon by email. "This is by no means the end of the discussion, with Speaker Bercow clearly intending to fight back. But it does represent a giant leap in the direction of a hard Brexit. Britain is probably now in its last few months of membership of the European Union."

Jeremy Corbyn, the leader of the opposition Labour Party, blasted Johnson's move as "an outrage and a threat" to democracy.

"I am appalled at the recklessness of Johnson’s government, which talks about sovereignty and yet is seeking to suspend parliament to avoid scrutiny of its plans for a reckless No Deal Brexit," Corbyn said in a statement to CNN. "This is an outrage and a threat to our democracy. That is why Labour has been working across Parliament to hold this reckless government to account and prevent a disastrous No Deal, which parliament has already ruled out. If Johnson has confidence in his plans he should put them to the people in a general election or public vote."

But Johnson appears to have outmaneuvered opponents of a "No Deal" Brexit, according to CNN analyst Matt Wells.

"But with Parliament due to return from its annual summer break on Sept. 3, they now have just a few days to engineer the required legislation before Johnson’s suspension takes effect," Wells wrote.

"That could force them to fall back on Plan B  — a vote of no-confidence in the government," he continued."The trouble is: For that to succeed, they need Conservative lawmakers to vote against their own party, which was always going to be a tall order."

By the time Parliament reconvenes on Oct. 14, Johnson will be well on his way toward preparing for the European Union council summit that kicks off on Oct. 17. If he comes back with a deal, there will be considerable pressure on Parliament to ram it through, given that only two weeks will remain on the calendar to do so. If he comes back without a deal, there would be very limited time to form a new government before Brexit occurs.

"Boris Johnson is trying to use the Queen to concentrate power in his own hands - this is a deeply dangerous and irresponsible way to govern," Yvette Cooper, a Labour MP, wrote on Twitter.

Her views were echoed by Conservative MP Phillip Hammond, who tweeted that "it would be a constitutional outrage if Parliament were prevented from holding the government to account at a time of national crisis. Profoundly undemocratic."

Perhaps Speaker John Bercow summed up the prevailing sentiment best when he issued a statement to the Guardian saying, "I have had no contact from the government, but if the reports that it is seeking to prorogue parliament are confirmed, this move represents a constitutional outrage."