Ngo was embraced by Ted Cruz and interviewed by Jake Tapper. But maybe he was just an alt-right troll all along 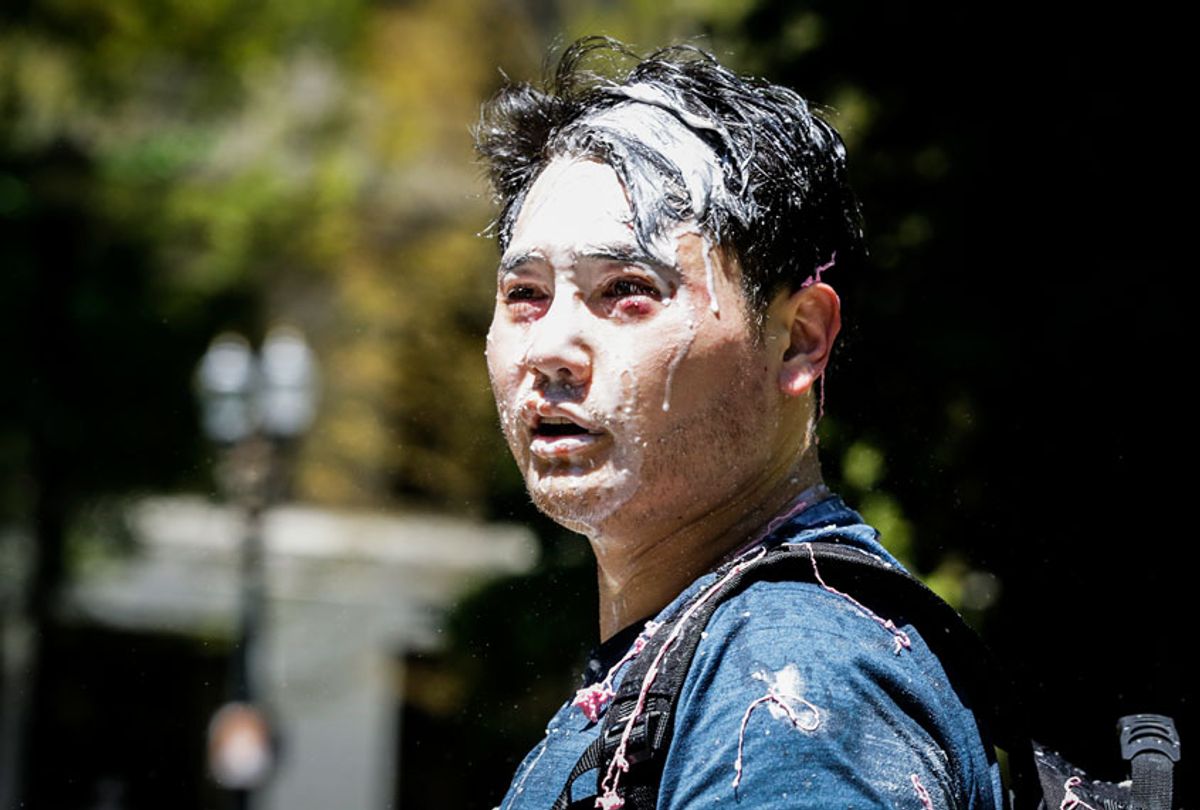 Andy Ngo, the right-wing journalist and provocateur who was embraced by mainstream Republicans and covered favorably in mainstream media after he was attacked by antifa activists during a street fight in Portland, Oregon, may suddenly be persona non grata among conservatives. Nearly all mentions of Ngo were scrubbed from the upscale right-wing publication Quillette after a newly-released video showed him acting friendly with members of Patriot Prayer, a far-right hate group that has repeatedly sought out fights with leftists.

Ngo, who has used selectively edited videos to paint antifa as a violent, criminal group was hit with punches and milkshakes during a clash between antifa activists and members of the Proud Boys, an organization labeled a hate group by the Southern Poverty Law Center. Many on the right rallied around Ngo after that altercation, and spread false rumors that the milkshakes thrown at him and others had contained quick-dry cement.

Ngo used his newfound fame to boost his profile, appearing on Fox News and other cable news outlets and embracing his victimhood.

Just weeks later, however, a video surfaced on Twitter showing Ngo pal around with the Proud Boys-adjacent group Patriot Prayer.

The video shows Ngo laughing as the group plans a violent attack on antifa members at a Portland bar in May. The video surfaced as part of a lawsuit brought by the bar, accusing Patriot Prayer members of causing a riot.

The Portland Mercury reports that Patriot Prayer members targeted antifa while they were celebrating a day of peaceful May Day celebrations. The lawsuit brought by the bar owners alleges that Patriot Prayer leader Joey Gibson and six others trespassed onto the property with the aim of engaging in violence.

The video of Ngo laughing as the group plans their attack, wrote Portland Mercury news editor Alex Zielinski, “is the clearest evidence I’ve seen supporting the claim that [Patriot Prayer] & leader Joy Gibson were intent on instigating a fight that afternoon.”

The video shows members discuss their weapons and making preparations for the attack. Ngo is present the entire time and can be seen laughing at certain points.

“There’s no way he couldn’t know the group was planning on instigating violence,” Zielinski wrote.

In Ngo’s coverage of the violence, however, videos of the attack were selectively edited to remove violence by Patriot Prayer members. His tweets entirely blamed antifa for the violence.

“As more people send me clips, it becomes clear that Andy’s work is plagued by these dishonest edits," wrote a Twitter user who has posted numerous videos discrediting Ngo’s tweets. "For example, in this clip, he edited out some goons stomping a man’s head, and did it with a sloppy looking jump-cut in his own clip.”

Quillette, where Ngo worked as a photo editor until Monday, announced after the video surfaced that Ngo was leaving his job at the site. Ngo’s name was scrubbed from the site, The Daily Beast reported.

Quillette editor-in-chief Claire Lehmann told The Daily Beast that Ngo left the site weeks earlier but the move was not publicized until Monday.

“Andy actually moved on from Quillette a few weeks ago because he is undertaking bigger & better projects, we just hadn't updated the website and he hadn't updated his Twitter bio until today,” she told the Daily Beast. “I haven’t seen the video,” she added.

Lehmann also said that Ngo had been on a “break” from a “brain injury” he suffered at the Portland rally.

Ngo, however, did not remove Quillette from his Twitter bio until Monday, noted National Observer reporter Caroline Orr, the same day that the Patriot Prayer video was released.

Meanwhile, Ngo’s crowdfunding campaign has raised nearly $195,000 since the Portland attack, which was even cited in a letter sent by Sen. Ted Cruz, R-Texas, to the Justice Department.

Cruz cited the Ngo incident to demand that the FBI investigate Portland Mayor Ted Wheeler and prosecute antifa members under the RICO statute. Cruz’s call was amplified by President Trump to his 63 million followers on Twitter.

“At least give Andy Ngo credit,” wrote HuffPost reporter Luke O’Brien, for “lifting $200k off some of the dumbest people alive. Right-wing writers staked their reputations on this guy. Ted Cruz based an anti-anti-fascist congressional resolution on Ngo.”