If you are sitting in Beijing or Moscow, you have to wonder about the G7 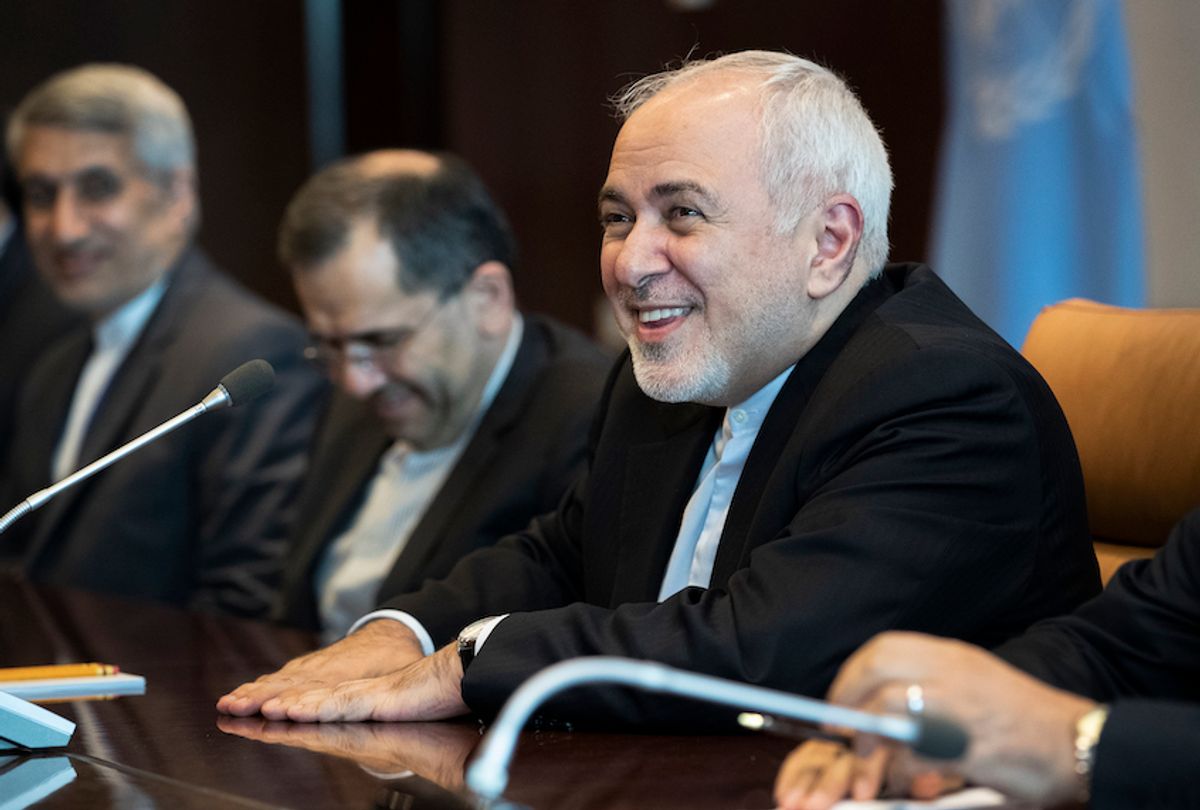 The G7 meetings seem — as each of them passes — to be a waste of time. The 45th G7 meeting was held in France, in the quaint seaside town of Biarritz. Nothing of significance was discussed with seriousness at this meeting. U.S. President Donald Trump ducked the conversation about the trade wars by saying that the U.S. and China are not in the midst of a trade war. No one wanted to talk about the refugee crisis or about the world’s hunger problems. Nothing was on the table about the over-leveraged banks and what the bankers of note call the Great Reset or the Great Reckoning, the next major credit calamity. None of this was discussed.

Instead, Trump and the UK’s Boris Johnson stomped about as if in a pantomime, while the rest of the leaders felt their own legitimacy slip away like quicksilver. To think that the G7 is a serious body is to have lost one’s mind.

France’s President Emmanuel Macron, as host of the G7 meeting, decided to invite Iran’s Foreign Minister Javad Zarif to Biarritz. Zarif, in good faith, arrived at the venue. Macron calculated on the erratic temperament of Trump. Imagine if Trump had been told that Zarif was here, and then Trump said — Zarif’s a good man, I can talk to Zarif—and then if they had met (in violation of U.S. sanctions against Zarif)… That’s the scenario that Macron must have counted upon to kick-start the cadaver of the 2015 Iran nuclear deal.

But Trump did not take the bait. He had come to Biarritz yoked to John Bolton, a man without the possibility of spontaneity. Bolton is as rigid as a piece of diamond, his hate being pure. There was no chance that Bolton would have allowed Trump the kind of two-step that Trump did with Kim Jong-un at the line of control between the two Koreas. Macron could not arrange the Trump-Zarif summit. It was just not in the cards.

Bringing Zarif was worth the risk. It made Trump seem unyielding and rigid.

Macron, eager to burnish his liberal credentials, made harsh comments about Brazil’s Jair Bolsonaro. The burning Amazon was the spur, but so too were Bolsonaro’s nasty comments about Macron’s wife. The gap between Bolsonaro’s misogyny and his hatred of the natural world is narrow — they are joined by that old devil, patriarchy. It is impossible to change the avaricious attitude of men like Bolsonaro toward nature without also attacking their attitude toward women.

Macron’s liberalism — like that of Canada’s Justin Trudeau — is on thin ice. Both France and Canada are home to mining conglomerates, each of which has a nasty habit of being responsible for environmental destruction. Canada is home to more than half of the world’s mining firms (as we document at Tricontinental: Institute for Social Research). French firms dominate uranium mining, but also have their fingers from French Guiana to Gabon, from Niger to Kazakhstan. How much can they complain about the destruction of the Amazon without fingers pointing to the scars they have left on the earth’s surface? So many scandals remain unheard only because there are so many scandals to talk about.

Brazil is under immense pressure to deal with the Amazon fires. It is here that the Europeans have shown some spine. Under pressure from European farmers, they have threatened to cut beef imports from Brazil, and to withdraw from the European Union-Mercosur trade deal. Most humiliatingly for Brazil, the Europeans said that they would not welcome Brazil into the Organization for Economic Cooperation and Development (OECD)—the ultimate club of developed countries. Bolsonaro seemed to cave. This was more pressure than he could tolerate. Although the $20 million aid package to fight the fires is pitiful.

But Trump did not care. When the G7 discussed the climate catastrophe and the Amazon fires, Trump left the room. His empty chair is a symbol of the U.S. government’s disregard for the genuine planetary crises.

Macron invited India’s Prime Minister Narendra Modi to the G7 meeting. Modi was kept in the background. His government has essentially imprisoned 7 million Kashmiris. Macron asked him about this. Modi demurred. He has a clever way of ignoring questions. His answers — in Hindi — are often canned, staged ways of saying nothing. When Modi held a press conference with Trump at the G7, Trump seemed a little annoyed by the repetitive answers from Modi. His lip curled and he offered a sharp, sarcastic remark. Modi kept saying that he and Pakistan’s Prime Minister Imran Khan would sort out their differences over Kashmir (which seems unlikely). “I have a very good relationship with both gentlemen,” Trump said. He said he was willing to step in if needed, “but I think they can do it themselves very well. They’ve been doing it for a long time.” Which they have not.

Macron tried to be the senior statesman with Modi, but even here Macron’s feet are in lead. France’s Rafale sold India 36 jets in a very corrupt deal for billions of euros. India’s business is far more important than the faux-morality of Europe.

If you are sitting in Beijing or Moscow, you have to wonder about the G7. It appears anachronistic, the old colonial powers sitting around the table telling fables about their own power.