Trump's attorney general plans to throw a $30,000 holiday party at his Washington hotel 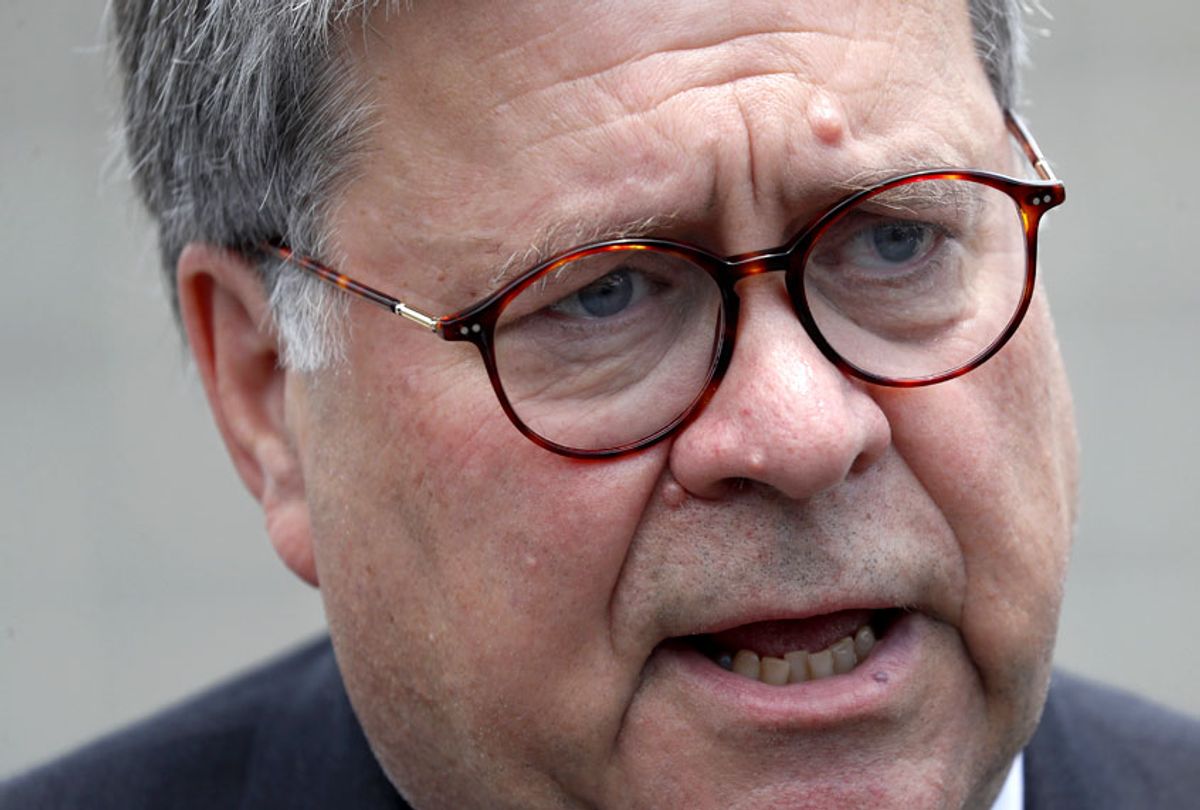 President Donald Trump's attorney general is hosting a holiday party at the president's Washington hotel, raising questions about potential conflicts of interest and the independence of the Department of Justice.

Attorney General William Barr booked a 200-person private "family holiday party" at the hotel last month, according to the Washington Post. The event is expected to include a buffet and a four-hour open bar, which should earn Trump's business at least $30,000 in revenue.

The money is expected to come out of Barr's own pocket, and according to a Justice official, was booked in a Trump hotel this year after the Willard and the Mayflower were already booked. The official told the Post that “career ethics officials were consulted," and Barr was not attempting to win the favor of Trump.

However, Liz Hempowicz, director of public policy at the nonprofit Project on Government Oversight, expressed concern about the appearance of a conflict of interest in Barr's choice in venue.

This is not the first time that Trump's Washington hotel has come under scrutiny since he took office. There have been a number of occasions when Washington and international power players have used the hotel, raising concerns that they could curry favor with the president by giving money to his businesses since he has refused to fully divest himself from them.

For instance, Supreme Court Justice Neil Gorsuch chose to deliver a speech before an influential conservative group, the Fund for American Studies, at the hotel in September 2017. In the last fiscal quarter of 2017, a super PAC supporting the president had spent nearly $33,000 at the same hotel, seemingly putting money in the president's pocket even as it attempted to advance his political fortunes. As recently as June of this year, it was revealed that Trump had charged the Secret Service more than $200,000 from September 2016 through February 2018.

"Congress must be vigilant against the potential for President Trump to enrich himself and his family at the expense of the average American," Sen. Martin Heinrich, D- N.M., wrote in a 2017 report called "The Costs of Corruption to the American Economy." "The president and his family’s conflicts of interests are inexcusable and unacceptable, and could depress economic output by over $1,000 per person just in one year. Not only are these practices dangerous, but harmful to the economic security of American families across the country."

As Heinrich explained to Salon in an interview given at the time, "The purpose of this report is to highlight the real economic impacts of President Trump’s conflicts of interest, and the harm some of his business interests and financial conflicts could cause. The stakes are high and the risks are real. It’s not just about how the president, his family, and his administration benefit from these conflicts of interest—but how they could hinder economic growth in the long term."